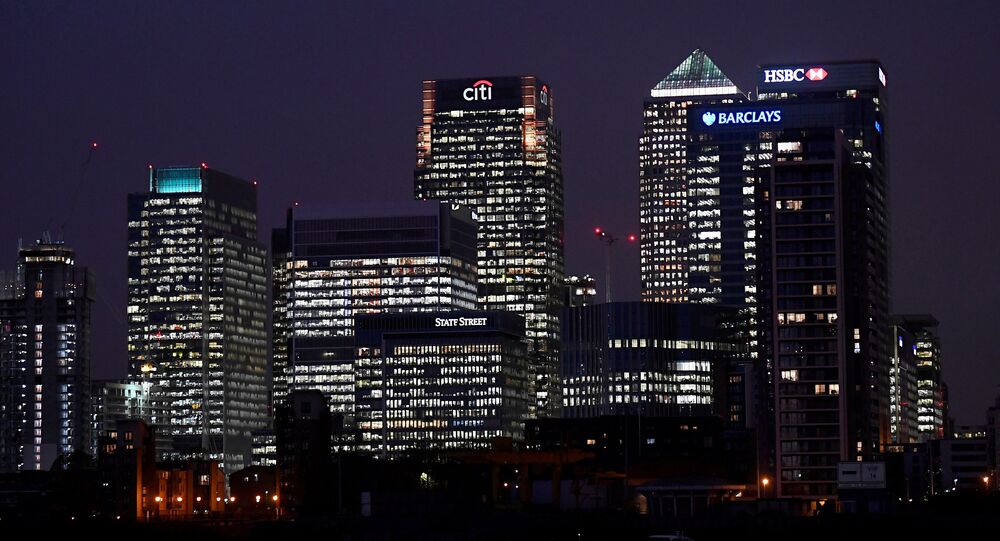 In the aftermath of the Chequers crunch meeting, two senior cabinet ministers resigned over disagreements with UK Prime Minister Theresa May’s Brexit strategy, raising the prospect of a parliamentary vote of confidence against the PM.

Discussing the impact of the resignations on business and investor confidence in Britain, Nick Bennett, Tandem Bank’s chief operating officer (COO), told Sputnik reporter Suliman Mulhem that it’s currently unclear how the markets and businesses would react to PM May being replaced or a new government being formed altogether.

“I wouldn’t hazard to speculate on the nature of a new government, but at this point it’s not clear whether it will make a positive difference and would likely mean a sustained period of uncertainty at a critical moment,” COO Nick Bennett told Sputnik.

© REUTERS / Peter Nicholls
Theresa May Wins Approval for Brexit Customs Bill From Lower House of Parliament
It seems the prime minister has avoided a direct leadership challenge for now, but with Tory Brexiteers, led by Jacob Rees-Mogg, increasingly concerned about May’s commitment to ensuring Britain leaves the EU single market and customs union, the Tories’ intraparty dispute over Brexit is far from over.

Exiting the single market and customs union while ensuring UK businesses maintain good access to the European market is seemingly an impossible compromise for negotiators to achieve, and Mr. Bennett reaffirmed the importance of British businesses having unimpaired access to the EU market.

“From a fintech perspective, we need frictionless market access to the EU. There’s also great tech talent in Europe and businesses want to be free to tap into it."

Tandem Bank provides banking and other financial services to some 250,000 customers, and has continued to enjoy remarkable growth after acquiring Harrods Bank earlier this year.

© AP Photo / Matt Dunham
Bank of England Chief Touts Upbeat GDP Growth as Services Rebound in Q2
If the UK is unable to finalize the terms of its withdrawal from the trading bloc with Brussels, the union’s common external tariffs will come into force against Britain once it leaves the union.

Commenting on the prospect of a hard Brexit, the senior Tandem Bank executive said businesses were "very seriously" considering this for their Brexit contingency plans.

Mr. Bennett also said businesses were alarmed by the recent cabinet resignations, as they created further uncertainty, making it even more difficult for businesses to formulate prudent plans and investment strategies.

“It’s safe to say businesses are worried. A string of resignations rarely inspires confidence and the current situation is a difficult one. Britain is in a potentially compromising position and there’s a lot of uncertainty,” he concluded.

The views and opinions expressed by Nick Bennett are his own and do not necessarily reflect Sputnik's position.

READ MORE: ‘Economically, May Under Massive Pressure to Deliver a Soft Brexit’ – Prof