WASHINGTON (Sputnik) - The desire expressed by the US and Russian presidents in Helsinki to improve relations will not lead to a thaw because elites on both sides will prevent it, former US congressional adviser Ariel Cohen told Sputnik.

"Both Presidents expressed their desire in the improvement in the relations between our two countries," Cohen said on Monday. "However, I know the elites on both sides of the Atlantic full well and do not think that we are facing a great ‘thaw’ that would lead to a blossoming of the relationship."

Cohen said he hopes the United States and Russia can make progress in many areas such as arms control, Syria, and cybersecurity.

"Hopefully we will improve what can be improved in terms of the red lines that would limit computer hacking on both sides, and possibly have some understanding about Syria," Cohen added. 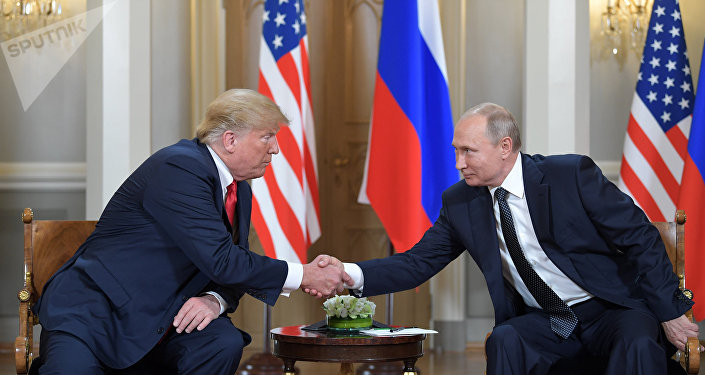 © Sputnik / Sergei Guneev
Russiagate Promoters Forget Lessons of Iraq - Writer Ejected from Trump-Putin Presser
The former congressional adviser said he very much doubted, however, that there will be a breakthrough on Ukraine and does not think tremendous progress has been made on the economic front for lifting sanctions imposed by US Congress. Cohen also warned that bipartisan opposition can be expected.

"I am expecting a strong pushback from the Democrats and those Republicans who are opposed to President Trump’s close relations with Moscow," Cohen said.

In any event, he added, until Special Counsel Robert Mueller’ investigation runs its course and the indictments are presented, it will not be possible to greatly expand the scope of US-Russian relations.

"Hopefully, after that we will be able to move forward, especially if we achieve progress on Ukraine," Cohen said.