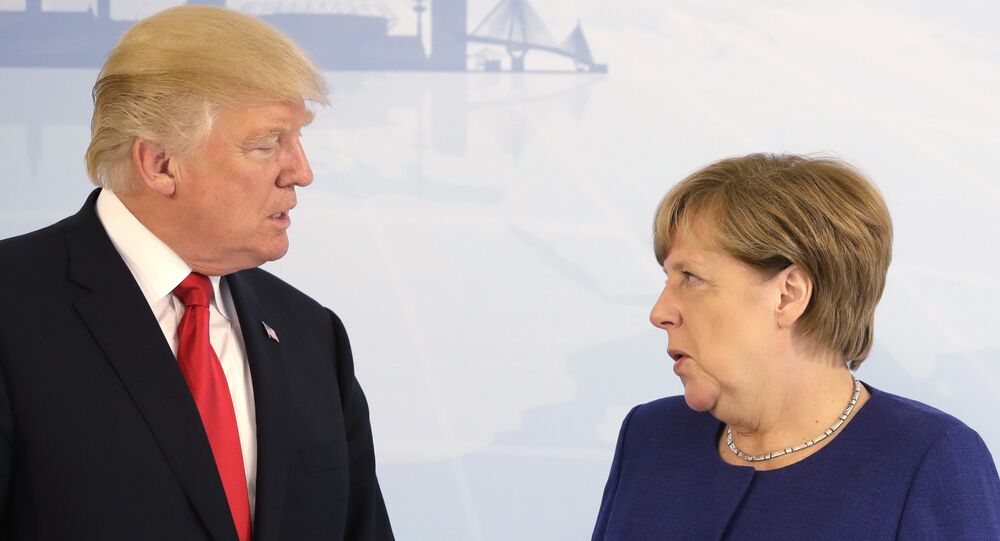 Just a few hours before the summit with Russian President Vladimir Putin, the US president harshly criticized Washington's policy toward Moscow and the Russia probe against him as damaging bilateral relations.

Donald Trump slammed the actions of his predecessor, saying on his Twitter that Barack Obama didn't properly address reports of the alleged Russian meddling in the 2016 Presidential elections, adding that the issue was politically motivated from the very beginning.

Sputnik spoke to author Robert Bridge about the summit and what it could mean for the relationship between the two nations.

Sputnik: What is likely to be discussed at the summit?

© REUTERS / Grigory Dukor
Putin Describes Summit with Trump as 'Substantial' Despite Being a 'Rehearsal'
Robert Bridge: Business issues are going to take precedent in this conversation, when Trump was asked about his opinions of Putin; he came out and called him a competitor.

We have to look at this in the context of what’s happening for example with Germany, Trump basically lectured Angela Merkel’s government during the NATO summit and told them they are totally controlled by the Kremlin. Trump is suggesting that Germany is under the control of Russia, which is really nonsense, as Russia has been supplying their energy for many years, even during the cold war period.

Sputnik: Will the charges of 12 Russian’s citizens in America have an impact on this meeting?

Robert Bridge: Personally I think that was really the goal, it’s obvious that was the goal of the American deep state, if you will that’s where there’re called these days, for them this is a disaster that the possibility that Trump and Putin could get together and possibly bandage up the really the relations that have been so low, in the last few months, last few years even between the countries.

They wanted to make an impact, the Mueller investigation after a year of trying to show that the Russians colluded with the Trump campaign to bring Trump into the White House, they’ve completely failed to show any proof, any evidence whatsoever. So the timing of this against 12 Russian individuals is extremely curious.

© Sputnik / Sergei Guneev
Trump Has No Right to Meddle in Germany's Affairs Linked to Russian Gas - AfD
Sputnik: How will other world leaders be viewing the summit?

Robert Bridge: The Western leaders definitely will be looking at this; they have a very ambiguous view and opinion of Trump at the moment. Even Trump joked at the NATO summit that only the NATO chief liked him, which is certainly probably true.

To lecture the Germans and common them on how to deal their business relations with another country that is the definition of meddling in the affairs of a foreign state.

Then you talk about the Russians having control over the Germans, yet it’s the American’s who have thousands of troops on the territory of Germany, with American bases as well. How can you possibly suggest that Russians are controlling German foreign policy when you consider that.

The views and opinions expressed by Robert Bridge  are those of the speaker and do not necessarily reflect the position of Sputnik.