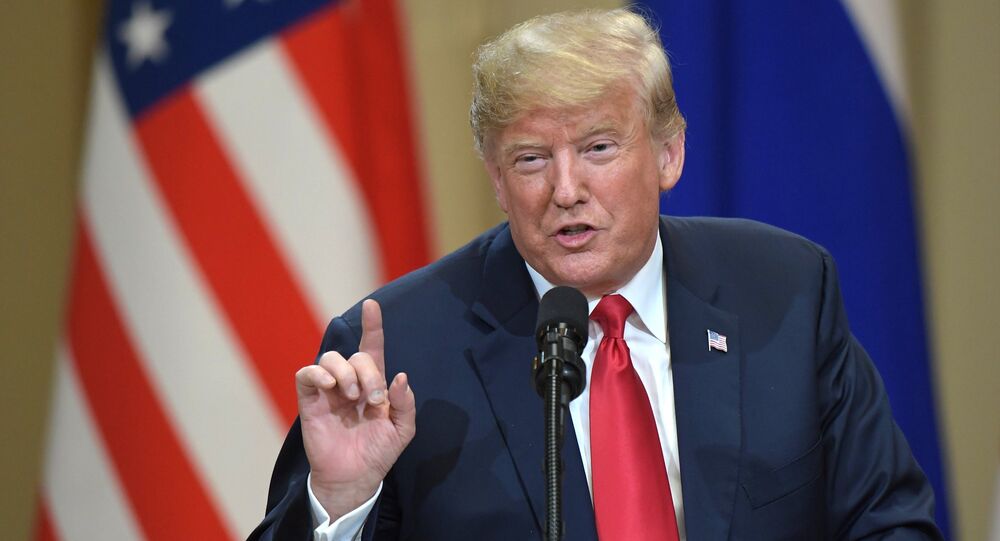 "The US president is not entitled to get himself involved in matters of German national sovereignty," Hartwig said.

The lawmaker stressed that Trump's criticism of Germany over its reliance on Russian oil and gas "should be strongly rejected."

"There is absolutely no need for Germany to reconsider its support to the Nord Stream 2 project," Hartwig said.

The lawmaker added that the United States had been concerned over any rapprochement between Russia and Germany for decades, fearing that "it might diminish the economic and military importance of the US to Europe."

Earlier in the day, Russian President Vladimir Putin said he had assured Trump that Russia was ready to maintain gas transit through Ukraine in response to the US president's concerns that the implementation of Nord Stream 2 project would signal an end for the Ukraine route.

Monday's meeting of Russian and US presidents in Helsinki is the first step toward normalization of the US-Russia relations, however, it will unlikely have a positive impact on the EU-Russia relations in the short run as some major EU leaders are skeptical about Trump's initiatives, Dr. Roland Hartwig, a vice-chairman of the Alternative for Germany (AfD) party's parliamentary group in the Bundestag, told Sputnik.

"For sure, this has been an important first step toward normalization of the US-Russia relations and I am very confident that others will follow soon. I am very concerned that this positive development will not have an impact on the EU-Russia relations in the short run as the EU — driven primarily by the German government — remains very skeptical on Trump's political initiatives, which are not considered in general as being well reasoned and balanced," Hartwig said.

Trump also said earlier he found it unacceptable that Germany was paying billions for Russian gas and planning to build a new pipeline Nord Stream 2, while the United States had to defend it as a NATO ally, spending much more than Berlin on defense.

Why Europe Will Ignore Trump's Wrath Over Nord Stream 2