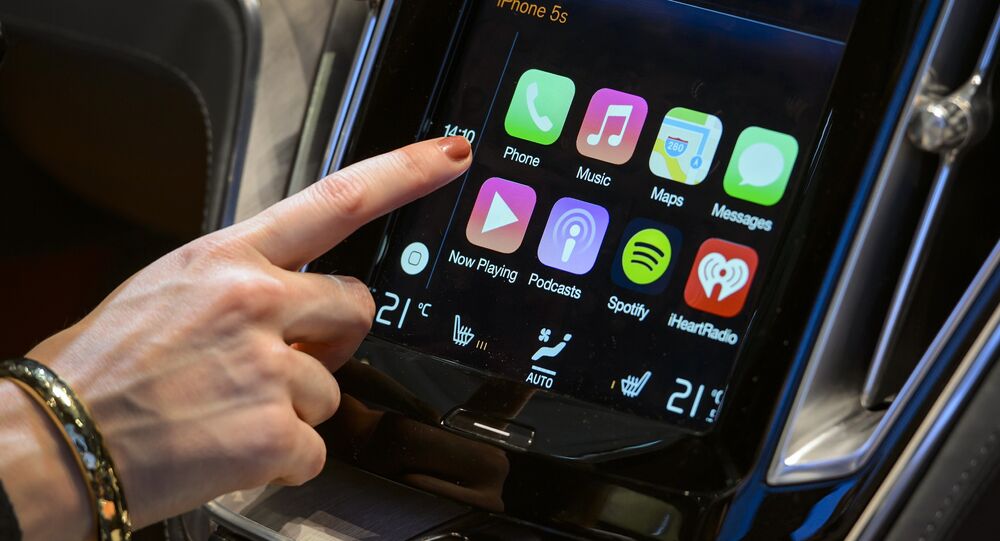 Google, Facebook, and Amazon could face the consequences of a US-led trade war with China. As the Trump administration is considering tariffs on networking equipment from China, this could include companies that buy Chinese components.

Radio Sputnik talked about the possible impact of President Trump's trade fight on US tech giants with Daniel Ives, chief strategy officer and head of technology research at GBH Insights.

Sputnik: How nervous are the tech giants about the consequences, this fallout from Donald Trump's trade war with China?

Daniel Ives: You've seen with Tim Cook and Apple in front and center as really understanding some of the ramifications. There's no doubt that Apple is in its own category because of how much sales come out of China as well as the Foxconn facility and a lot of the production of the iPhone.

I think what's going to happen is across the valley, there are lingering worries now, not just some chip makers, but when you look at traditional tech giants, it's because they buy a lot of optical fiber networking in terms of these buildouts.

The worry is not just in from the cost perspective, but does it disrupt the supply chain? So these are not just the unintended consequences here; there's a ripple effect. I think you're starting to see Silicon Valley go from background noise to becoming a little more clear in terms of the impact. I think this is something investors are focused on too if the trade war continues to heat up.

Sputnik: Can we talk in greater detail about exactly what tech companies and industries could be affected the most by the new tariffs?

Daniel Ives: Most definitely, depending on the path, are chip companies. If you think about it from a chip manufacturer perspective, this isn't just going to increase the cost throughout the whole supply chain, but it could disrupt the supply chain. And I think that's a worry for chip companies at the moment. That's from for Intel to AMD to NVidia and then you look at Broadcom and Qualcomm and really a whole food chain of suppliers that could be impacted there.

© REUTERS / Hyungwon Kang
Google Chairman: China Will ‘Dominate’ US in AI By 2030
So there's a worry about tit-for-tat as well as does it swap the supply chain for Apple. That's kind of the worry is on the horizon. And look at the traditional tech giants from Amazon, Google, Tesla there's an increased cost that increased complexity of the supply chain and I think these are some of the worries that are starting to be more pervasive across the valley.

Sputnik: How hard is the consumer going to be hit?

Daniel Ives: I can tell you from an Amazon perspective. Amazon will just pass the incremental cost onto the consumer. Ultimately these companies are going to pass the cost on, ultimately it is the consumer that will mostly bear it; from electronics to consumer staples and obviously even in other areas.

I think the worry, especially from the electronics perspective, from the chip perspective if the components are more expensive that go into smartphones, TVs, computers, those companies aren't going to absorb the cost; it ultimately goes to the consumer.

That's the broader worry here. We understand that it's a political trade war, but if the consumer gets hurt and it starts to impact US tech companies and investors start to become more focused on this — which they are, then it's due to become a brush fire situation.

Sputnik: It's going to be certainly more than the ripple effect; but you just said that chip companies top the list and, of course, immediately what comes to mind are national security interests. How much of a national security problem could it become for the US?

Daniel Ives: I don't think that's really a worry because with the national security issue that can be used more about  5g. Obviously, we see the GTE Huawei it speaks to the Broadcom and Qualcomm deal that got shut down. So I don't feel there's much of a national security threat.

© AP Photo / Alex Brandon
New US Tariffs an ‘Attempt to Hold Back China’s Technological Development’
I view it here as tapping own costs and more around the supply chain impact which is more of a worry to companies and to investors. So I would kind of put them in two different buckets. I think that the national security is much more related to 5g which obviously, there's been a line drawn in the sand post-Broadcom and Qualcomm, but you see with GTE there's obviously been an impact there, where ultimately the US had to rescue that company.

Sputnik: You mentioned investors and of course we had some guests this past month who were talking about the trade war and they were all saying that investors are going to pull back, that they are going to wait. Do you see that happening?

So I think it is one where we continuously pull back here on the trade war worries. I think so far it's still a very containable amount that would really be put into the tech system, so I think investors aren't overly worried today but it's a concern and the more heated this becomes, more tit-for-tat then the problem will become more real. I think that's the focus but as of now, I do believe it's a little more containable which is why they shouldn't be as worried.