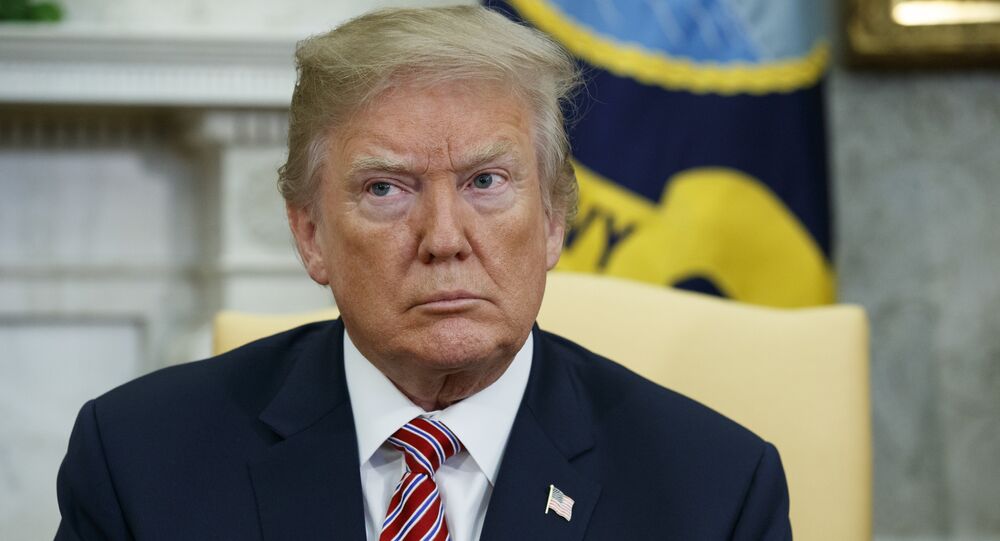 Sputnik spoke to some of India’s top international relations experts who all had to say that the policies adopted by the Trump administration have triggered a wave of multilateral engagements by the US’ former allies with other power centers and that such engagements are likely to result in trade blocs that could replace the TPP.

With China pushing for the speedy conclusion and activation of the Regional Comprehensive Economic Partnership (RCEP) in the recently held meeting of the trade group earlier this month in Japan, analysts say that the policies of the United States are the trigger behind the extra efforts being made by its former allies to explore for newer alternatives.

"President Donald Trump's whimsical policies, especially his recent trade wars with allies and adversaries, are bringing all major powers to explore alternatives to American leadership. China surely stands to gain from this and China's emergence as the leader promoting RCEP which was originally an ASEAN initiative, provides an apt example of this drift," Professor Swaran Singh, international affairs analyst and professor at the Centre for International Studies, Jawaharlal Nehru University told Sputnik.

The discussion for RCEP was launched in 2012 at the ASEAN Summit in Cambodia and the FTA is scheduled to be signed in November 2018, while China has insisted on its early conclusion.

READ MORE: How China is Forming a United Front to Counter Trump's Protectionism

"The Chinese have set the end of 2018 as the time for the final set of proposals for RECP. This underlines the urgency that Beijing places on regional trade architecture, as the US has kicked off a trade war and the TPP faces collapse. RCEP itself has been much delayed and has far too many exemptions in goods and services to be a rival to the TPP or trading with the USA. It will however certainly give both China and other partners flexibility in trading and a fallback mechanism in these uncertain times for globalization," another international affairs analyst, Ninad Seth, told Sputnik.

© Sputnik / Iliya Pitalev
How Asia is Forming the World's Largest Economic Bloc in Response to Trump's Trade War
Analysts also say that due to the present trade tiffs created by the American moves, regional players are giving up their territorial disputes for bilateral engagements and to form trade blocks.

"The territorial disputes, indeed, are the most diminishing factor in all multilateral or bilateral engagements. However, we do see the effort of the Indian government to not put the cooperation at stake for the disputes, as PM Modi [of India] stated that differences should not turn into disputes. Therefore, if the highest level leaders have the will, then the march towards cooperation is inevitable," Geeta Kochhar, assistant professor of Chinese Studies at Jawaharlal Nehru University and visiting lecturer at Fudan University, Shanghai and Institute of Indian and Southwest Asian Studies, Hanoi, told Sputnik.

Old disputes will not be dumped in history; rather joint mechanisms would be developed to address them. In China, there is already a sense that a new thaw in India-China cooperative engagement has begun. With Modi seeking a more constructive role for India in the region and cooperation with China, I do see more fruitful cooperation as the near future, which most likely will become an irreversible trend. It may not be a union of the EU sort, but a larger grouping of big and rising countries, strong leaders, she added.