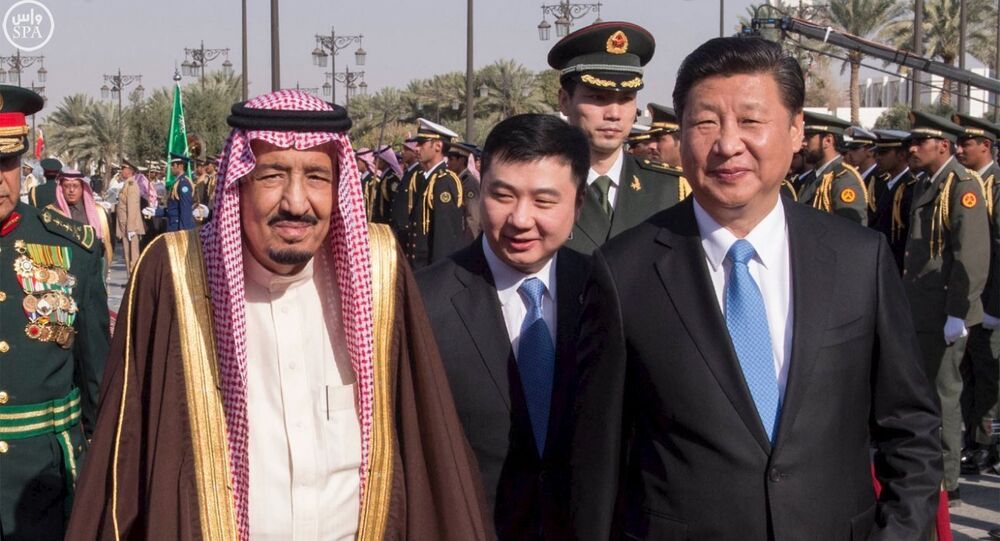 China is stepping up cooperation with the Arab world. The recent China-Arab States Cooperation Forum (CASCF) was aimed at deepening economic and security cooperation between Beijing and Arab countries of the Middle East and North Africa within the framework of the One Belt, One Road project, analysts told Sputnik.

China has outlined a "future-oriented strategic partnership of comprehensive cooperation and common development" for Arab countries — something that no other country has offered to the region — during the eighth ministerial meeting of the China-Arab States Cooperation Forum (CASCF) that was held on July 10 in Beijing.

"The Chinese leader [Xi Jinping] has put at the forefront the maintenance of security in the region, which is significant," Maria Pakhomova, a researcher at the Institute for Oriental Studies at the Russian Academy of Sciences (RAS) told Sputnik China. "The fact that [China] made the security issue a priority, in particular, the resolution of the Syrian, Yemeni, Palestinian crises, the provision of financial aid to meet humanitarian needs of these countries, indicates China's need for stability in the region. As for proposals in other areas of cooperation voiced by China, none of the external players has made such attractive offers to Arab countries."

© AP Photo / Vahid Salemi, File
US Mulls Sanctions on Russia, China for Importing Iranian Oil - Mnuchin
Thus, Beijing has offered Arab states a $20 billion loan for the industrial development and restoration of their economies. China is due to create a Sino-Arab interbank association, which will allocate $3 billion for the financial sector.

The Russia academic emphasized Xi's idea of the unified fate of China and the Arab countries: "There was no such a wording before, as there was no such a large package of final documents," Pakhomova noted, referring to the Beijing Declaration, the Action Plan for 2018-2020 and the Declaration of Action on China-Arab States Belt and Road Cooperation.

According to The South China Morning Post, "Beijing will also further explore the possibility of free-trade deals with each of the 22 states in the Arab League," a regional association of Arab states in North Africa, the Horn of Africa and Arabia.

Speaking to Sputnik, Wang Zhimin, director of the Center for Globalization and Modernization at China's Institute of Foreign Economy and Trade, underscored that Sino-Arab cooperation goes on "within the framework of the implementation of the Belt and the Way," adding that "China attaches great importance to this project."

The Chinese scholar explained that the One Belt, One Road initiative is primarily focused on the development of cooperation in the field of transport, communications and energy. He added that the Arab countries' need for industrial development further increases the potential of Sino-Arab cooperation.

At the same time, China's position regarding the provision of loans or assistance to other countries differs a lot from the perspective of Western countries, Wang insisted.

"Our philosophy is this: 'jointly discuss, jointly build and share.' Cooperation between China and Arab countries does not inflict any economic harm on them being based on mutual benefits, overall gains, openness and inclusiveness," the Chinese scholar emphasized.

Meanwhile, it was announced that Syria, Jordan and Yemen would receive humanitarian aid of $90.5 million from Beijing, while $15 million would be provided to the Palestinians in the form of economic and humanitarian support. At the same time, Beijing promised that it would assist the Palestinian National Authority in promoting its diplomatic interests at the United Nations.