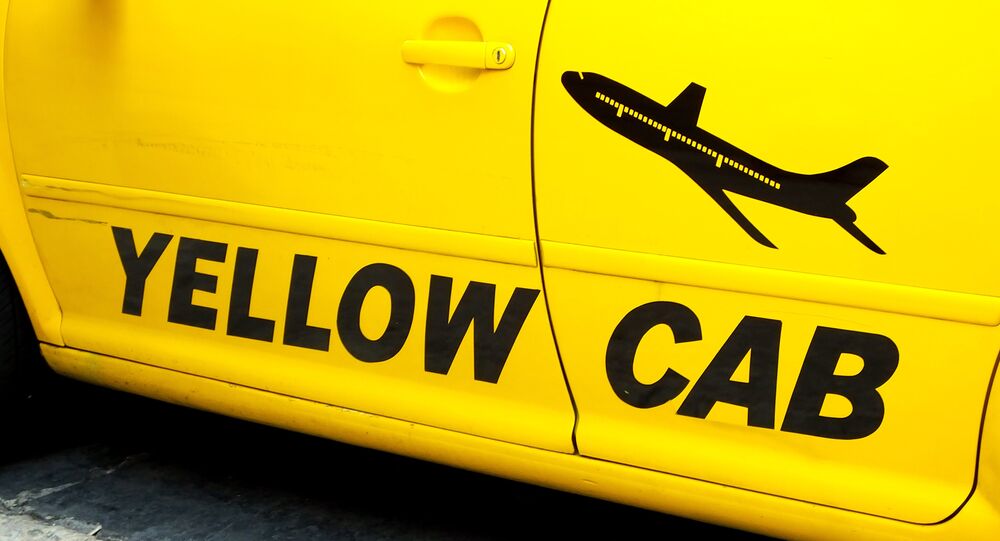 On Tuesday, the New York Taxi Workers Alliance union rallied outside the New York City Hall, calling on the City Council and Mayor Bill de Blasio to set a minimum fare for all taxi and ride-hailing services in order to address the income inequality caused by the increased popularity of ride-hailing apps like Uber and Lyft.

Bhairavi Desai, the executive director of the 21,000-member strong union of taxicab drivers, told Radio Sputnik's Loud & Clear Wednesday that the saturation of ride-hailing app drivers in NYC is resulting in the exploitation of the city's taxi drivers.

​"We have been campaigning for change," Desai told hosts John Kiriakou and Brian Becker. "There have been six suicides [among taxi drivers] in New York since November that we know of — all due to the economic despair. We've been rallying the City Council to enact legislation to cap the number of vehicles that companies like Uber and Lyft can use to saturate the streets," Desai noted.

"There's a report out from last week, which was commissioned by the city, that found that 42 per cent of the time, Uber and Lyft vehicles are actually just idling empty, which means that there isn't enough work for Uber and Lyft drivers to begin with," she added.

A proposal addressed to de Blasio on April 25 by the taxi union requested that the City Council institute "appropriate legislative and regulatory action" to "protect full-time work and livable incomes for professional drivers in all sectors across the industry, including yellow taxi, green cab, livery, black car, Uber, Lyft and other app-dispatched drivers," since New York is in "the midst of an unprecedented economic crisis among drivers."

"We need to cap the amount of vehicles clogging New York City streets, set a minimum fare rate in order to establish a wage floor in the industry, so no company can lower rates on drivers' backs. We need to raise rates so drivers have a chance at economic recovery after five years of straight loss. And we need to establish labor standards — such as caps on driver expenses to end predatory lending — in this new market which has been unregulated for five years and is setting all drivers off on a race to the bottom," the proposal states.

According to Desai, there are currently about 130,000 cars in NYC competing for customers, compared to the 70,000 cars that used to compete amongst each other about five years ago.

In addition, the New York Taxi Workers Alliance is also requesting that the City Council establish a "health and wellness fund with retirement" benefits for taxi drivers.

"We would like to see a health fund, including retirement for drivers. It is something that we had about five years ago or so and it no longer exists. We want the City Council to pass legislation that would reinstate that fund and extend it to the entire workforce," Desai told Radio Sputnik.

"We know that there is exploitation of workers across our economy, but there is something very particular about what is going on today in the so-called gig economy, where companies are using technology software to argue for a different business model that is predicated on undoing the employment model in which employees are protected under labor law. The fact that Uber and Lyft, in 2016, paid more money to lobbyists than Amazon, Walmart and Microsoft combined is a staggering fact," Desai explained.

According to a 2017 article by the New York Daily News, Uber spent more than $1.2 million to influence lawmakers during the first half of 2017.

© Flickr / Joakim Formo
‘The Smell of It Was Disgusting': Atlanta Woman Accuses Uber Driver of Peeing Into Cup During Ride (PHOTOS, VIDEO)

"An overwhelming majority of New Yorkers support ride-hailing and elected officials, small business owners, clergy members and law enforcement officials had been clamoring for the service for years," Anfang said. "We were committed to ensuring that the voices of New Yorkers were heard over those of the special interests."

A January 2018 report by the National Employment Law Project and the partnership for Working Families reveals that Uber and Lyft have been using their armies of lobbyists to convince state legislatures to pass laws exempting them from regulations that taxi drivers must abide by. For example, ride-hailing companies are exempted from having to provide unemployment insurance and workers' compensation as their drivers have an "independent contractor status."

"Over the past four years, transportation network companies, primarily Uber and Lyft, have convinced legislators in the vast majority of states to overrule and preempt local regulations and strip drivers of rights. The speed and sweeping effectiveness of the industry's use of this strategy, known as state interference (or preemption), is unprecedented," the report states.