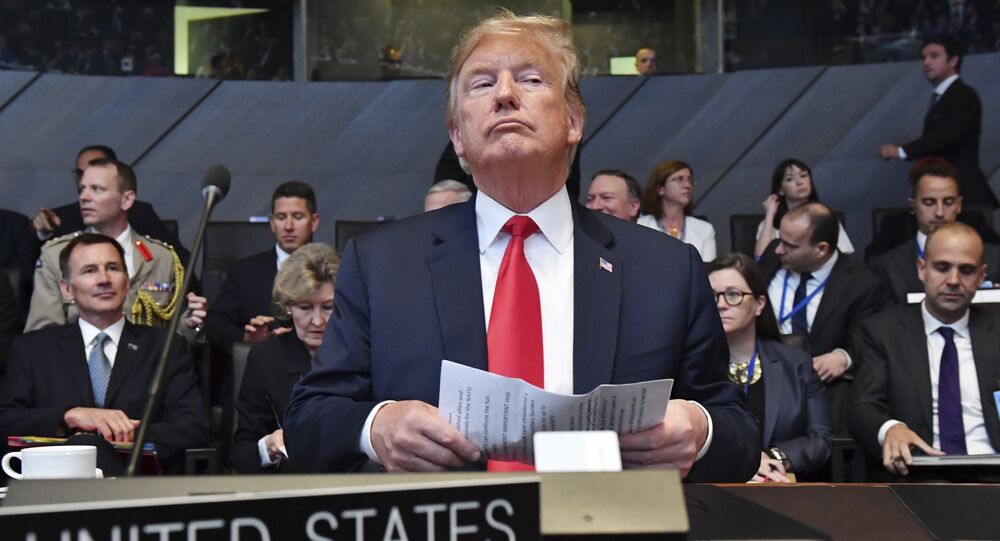 As leaders gather for the NATO summit many are wondering how the organisation will look after the meeting as Donald Trump continues to attack other leaders on defence spending. Sputnik spoke to Xavier Moreau, international relations expert about the NATO summit and what to expect from it.

Sputnik: With such animosity between Trump and other leaders, what can we expect from this meeting?

Sputnik: Can we expect a back lash from other leaders if the US president continues his tirade on defence spending?

Xavier Moreau: No he will still criticise, but we know Germany have planned to increase their expenses but it will take 7 years, we are talking 2024 plans. In my view the main goal of Trump is to get is to increase taxes against the European products. This is a way to put additional pressure and give the impression he will give back on this topic to get what he really wants. That is to make the US again a big industry producer.

Sputnik: Looking ahead then might the forthcoming Russian/US summit do even more to convince Trump that NATO is not fit for purpose?

Xavier Moreau: In my opinion Trump will use Russia, to put pressure on the west like Germany and France. Some weeks ago during the G7 it was very interesting because actually France and Germany have two cards to play, the first one is NATO, they tell Trump if he doesn’t want to be reasonable maybe they will question the membership of NATO. The second card is Vladimir Putin, if Trump doesn’t want to be reasonable, Germany and France will join Russia in common opposition, trump played this card himself because when he came to the G7, he immediately said where is Vladimir Putin, where is Russia.