US NATO ambassador Kay Bailey Hutchison has accused Moscow of trying to "flip Turkey" and other US allies and "destabilize" the alliance amid Ankara's plans to purchase the S-400 air defense system. Speaking to Sputnik, Turkish military and political observers said that although the US envoy's logic may be convoluted, it's not entirely incorrect.

Speaking to Fox News on Sunday ahead of this week's NATO summit in Brussels, Hutchison assured the broadcaster that she doubted Russia could succeed in getting Turkey to weaken its commitments to the alliance.

Commenting on the diplomat's remarks, Air Force Lieut-Gen (ret.) Erdogan Karakus, head of the Turkish Union of Retired Officers, suggested that Hutchison's statement was "completely meaningless," given that the S-400 is a purely defensive system aimed at protecting Turkey's airspace.

Greece, a fellow NATO member, uses the S-300s it bought from Russia in the late 1990s without any negative reaction from the alliance, Karakus pointed out. "I don't understand why NATO, being quite satisfied with the use of these systems by Athens, is so strongly opposed to Ankara purchasing the S-400." © AFP 2019 / Costas Metaxakis
An S-300 PMU-1 anti-aircraft missile launches during a Greek army military exercise near Chania on the island of Crete on December 13, 2013

"Missile systems, ships, artillery, radar systems and other weapons produced by France are not integrated with NATO or US defense systems. We are buying the S-400s for national use. Why then does NATO feel the need to threaten only Turkey?" Karakus asked.

© Sputnik / Michael Klimentyev
US NATO Envoy Claims Russia is Trying to 'Flip' Turkey, Other Allies to Its Side
"The US's NATO envoy has said that Russia is trying to alienate Turkey from NATO. How is Russia doing this? After all, a good relationship between Turkey and Russia could help bring NATO and Russia closer together. I disagree completely with such statements, and consider them completely devoid of meaning," the officer concluded.

For his part, political observer and Middle East specialist Mehmet Ali Guller said it was obvious that the rapprochement between Ankara and Moscow is seen by Washington as a threat, and that the US is trying to come up with a pretext to reverse the improvement in Turkish-Russian relations.

"US statements about the incompatibility of Russian air defense systems with NATO's are excuses of secondary or even third order. This follows from the fact that there is already at least one NATO member which purchased Russian systems and is using them to ensure their security. The main reason is that Washington sees the rapprochement between Turkey and Russia as a threat to its interests in the Black Sea, the Balkans, the Caucasus, Central Asia and the Middle East," Guller explained.

According to the observer, better relations between Russia and Turkey could lead to Ankara imposing restrictions on the entry of US warships into the Black Sea. Furthermore, Turkey may "cease to be play the role of the US's window to Central Asia, stop participating in American initiatives in the Caspian, and stop playing the role of contractor in America's anti-Iranian plans in the Middle East." 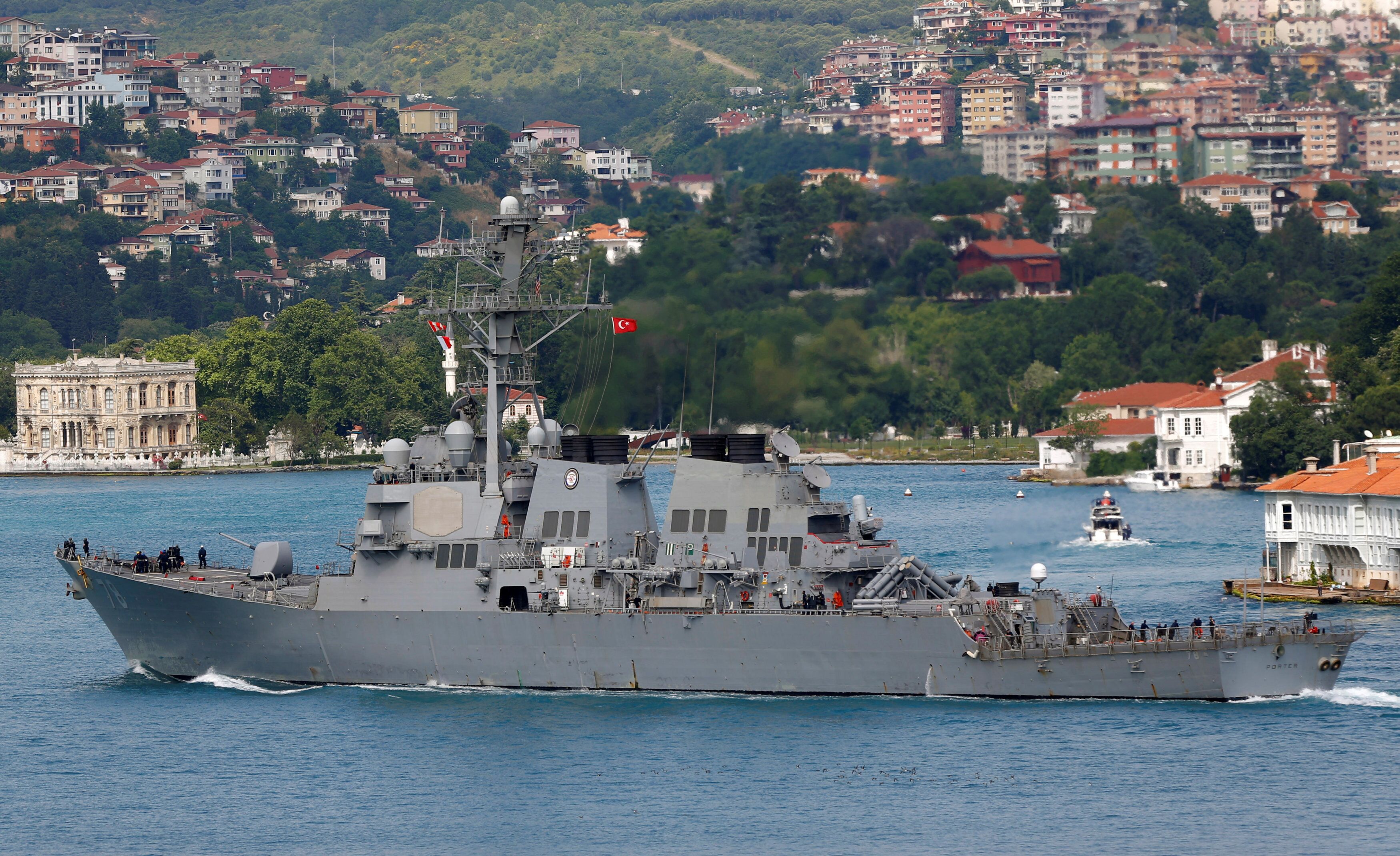 © REUTERS / MURAD SEZER
U.S. Navy guided-missile destroyer USS Porter sets sail in the Bosphorus, on its way to the Black Sea in Istanbul.

Ankara, Guller stressed, has reemerged as an important partner for Washington in its Iran strategy amid the weakening of the Israeli-Saudi-Egyptian axis. This includes the US need for the Kurecik radar complex in central Turkey, as well as NATO bases sprinkled throughout the country. "It's for the same reason that Washington concluded an agreement with Turkey in Manbij, at the price of a certain sense of betrayal of the Kurds," he said.

Ultimately, Guller believes that the Turkish government will attempt to transform the "new political alignment of forces" in the region against the US "into practical dividends," including economic ones.

"In these circumstances, Ankara's rejection of the S-400s in favor of the F-35 could be a huge tactical and strategic mistake. Turkey must purchase the S-400 system in any case, in so doing diversifying its arsenal of weapons and ridding itself of dependence on a single military bloc," the analyst concluded.

The views and opinions expressed by Lieut-Gen (ret.) Erdogan Karakus and political observer Mehmet Ali Guller are those of the experts, and do not necessarily reflect those of Sputnik.