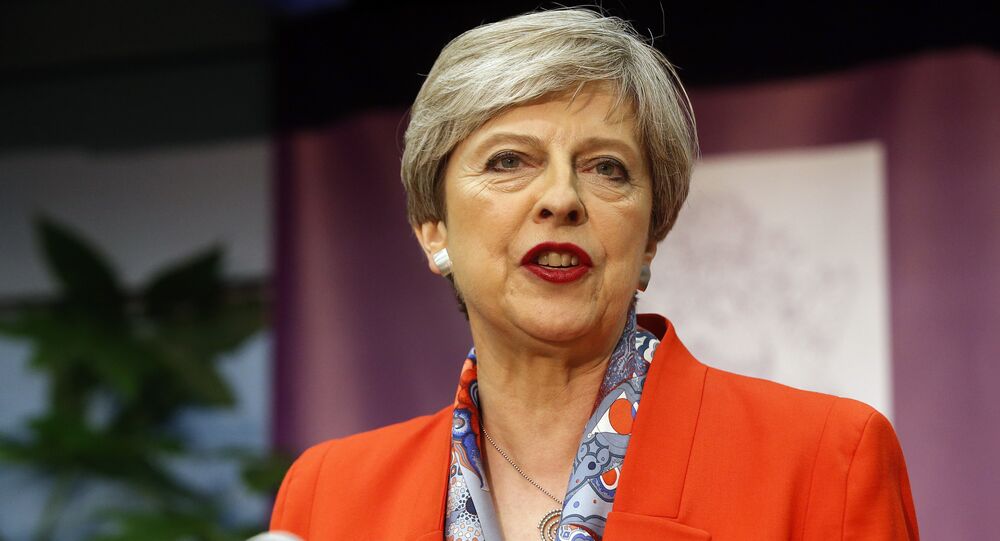 British Prime Minister Theresa May has appointed Dominic Raab to be the new Brexit secretary after David Davis’ resignation. According to a statement from Mrs. May's office, the Queen has approved Mr. Raab’s appointment as secretary of state for exiting the European Union.

Radio Sputnik discussed how anticipated Mr. Davis' departure was with Dr. Emmanuel Navon, an International Relations specialist who teaches at Tel Aviv University and at the Herzliya Interdisciplinary Center.

Emmanuel Navon: Theresa May from day one has been very indecisive about Brexit. She’s been hesitating between different strategies. In addition, within her Cabinet and within the Conservative Party there’s a clear divide between the Conservative MPs who want a soft Brexit and those who want a hard Brexit. Theresa May has not been able to negotiate a hard Brexit with the European Union and hence the resignation of David Davis and the weakening of her position in the British Cabinet.

Sputnik: How much of a blow is Mr. Davis’ departure from Theresa May’s Cabinet with such a strategic role that he’s been playing with regard to negotiations, especially ahead of the talks in Brussels? What does this resignation now mean for the Conservative Party in general, it can only leave it in turmoil?

Emmanuel Navon: I think it’s a huge blow for her personally and for her Cabinet. Don’t forget that Theresa May became politically weakened when she lost the majority after the snap elections that she initiated a year ago or a year and a half ago. So already since the snap election, she’s been a lame duck within the Conservative Party; but now, with the resignation of the Brexit minister, it goes to show that the hard Brexit members of the Conservative Party are really rebelling against her and she might have an agreement with the European Union, but she might also end up losing her majority and even her job.

Sputnik: Mr. Davis has described the prime minister’s plans as unworkable. What’s your particular stance on this assessment? It does appear that the Brexit strategy is unworkable, the whole of the British audience doesn’t really know which ship is advancing; it’s very unclear and the majority of people are asking “will Brexit ever be delivered?”

Emmanuel Navon: When people voted 25 months ago in the majority in the referendum for Brexit, they didn’t really know exactly what it meant. They wanted to leave the European Union, but what did it mean in terms of trade relations, in terms of cooperation and agreements between Britain and the EU. All this was completely left unanswered. And now that the negotiation has been going on for nearly two years, those hard questions are coming up and Britain is trying to enjoy the best of two worlds, but it’s not going to work that way. The EU has its own demands and obviously the EU is representing a group of 27 countries and has one way than just one member state that’s trying to leave. From day one, Britain has never been in a position or pose to negotiate with the EU. So for many Britons, Britain is not getting a good deal, but the question is can Britain get a better deal?

UK Media Speculates About Possible No-Confidence Vote for Theresa May