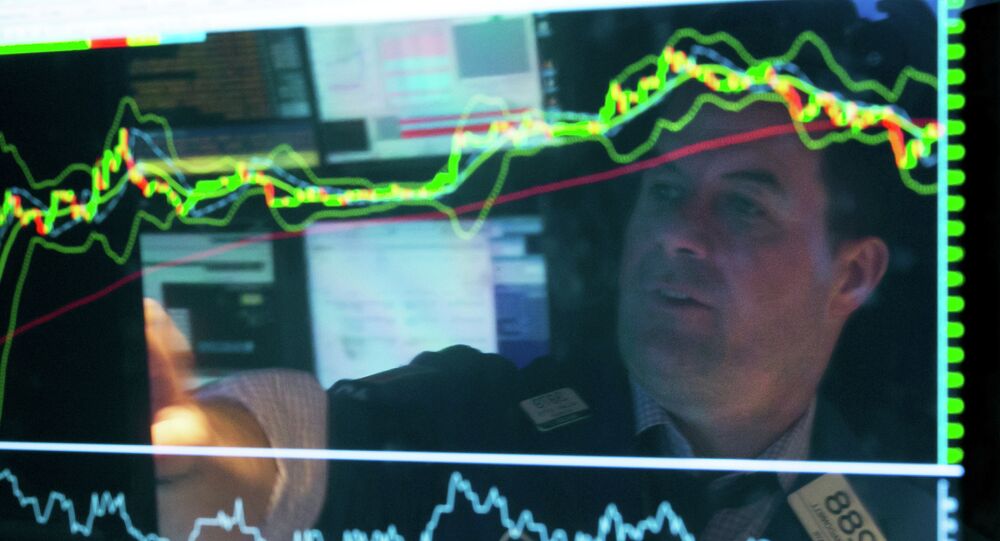 Media reports say that China has introduced a 25% tax on $34 billion worth of US imports as a reciprocal measure. Earlier, US tariffs on 34 billion dollars’ worth of Chinese goods came into effect.

Sputnik: China has blamed the US for launching the largest scale trade war in history. In your view has the trade war really been started?

© AP Photo / Andy Wong
Analyst Explains Why China Will Be 'Hurt' More Than US Amid Trade War
Dr. Oh Ei Sun: I think we have, for example, a series of what I would call “trade skirmishes” now rapidly becoming some sort of trade battles and therefore the whole scenario could become a trade war, where we have President Trump threatening China with the 25% import duties and so on and China, of course, retaliated, and then they negotiated, but a few days later our good President Trump [rejected] that and again imposed a 25% import tax on a series of Chinese goods.

So now I think we’re on the road to a full scale trade war between the US and China.

Sputnik: We know the Chinese have slapped on American goods reciprocal tariffs. Can you tell us what kinds of goods will be the most affected?

Dr. Oh Ei Sun: I think mostly agricultural goods, because from a Chinese perspective, they would like to hit President Trump the hardest and that is where he derives most of his electoral support from, some of the Midwestern states in the United States, like Iowa and so on, where you have a lot of agricultural products such as corn, such as soybeans, therefore, Chinese is trying to do what they call “smart targeting” of trade sanctions.

© AFP 2019 / STR
China Slaps US With 25% Tarriffs on $34Bln Worth of Goods as Trade War Escalates
Sputnik: On the other hand the Chinese are very much dependent on US soy beans. How much is this going to affect the internal market?

Dr. Oh Ei Sun: First it will affect consumer tofu, which is a soybean product and is one of the main staple foods of China. I think indeed, as you've mentioned, in the short to medium term there might be a slight spike in terms of prices for various soy products, various meat products, but I think these are rounds of trade wars, they impose sanctions on each other and then they negotiate a little bit and then they impose sanctions again.

So I don’t think this series of sanctions will be long-lasting, I think at most it will be a few months or even just a few weeks as the US side comes to its senses.

Sputnik: What if these tariffs were to last longer?

Dr. Oh Ei Sun: Then you would have repercussions even beyond China. Let’s take the phone that I’m talking to you with — a smartphone, usually a smartphone will have its components first  manufactured in Malaysia and then it's sent to China for further manufacturing and then the US for final assembly.

If the US is, let's say, slaps tariffs on some of these smart phone components in China, for example, then the trickle-down effect would affect Malaysia as well. The Malaysian factories would feel the spikes in prices and so on, so it does have global implications and repercussions.

Sputnik: Do you think it’s likely that we will see more tariffs following?

Dr. Oh Ei Sun: Well number one, I think President Trump is driving a very hard bargaining edge by threatening a lot by  very spectacular rates of tariffs and so on; on the other hand I think he’s also playing another very dangerous game.

China has imposed reciprocal tariffs and that will hurt his votes from the agricultural states, but I think he’s banking on the fact that if you have more manufacturing jobs produced in the United States, then could gain more votes in states such as Illinois, such as New York, the rustbelt states and he'll have more votes there. So he's sort of in a sense banking on the industrial votes versus agricultural votes in the United States.

© AFP 2019 / STR
New Trade Pact: What Answer do Asian Economies Have to Trump's Tariff War?
Sputnik: What do you think Trump wants? What do you think his main goal is? Is this just a political game to get votes or is there something to this that’s really founded in some economic policy?

Dr. Oh Ei Sun: I think it’s a combination of both. Of course, getting votes is at the top of his mind as the US is heading into the midterm elections, but for people like him, as well as for many of his economic advisers, are against a trade deficit, so they would like to see the United States be one of the main manufacturers in the world and then exporting goods to countries around the world, and then those countries would simply provide the United States with the raw ingredients.

The views and opinions expressed by Dr. Oh Ei Sun are those of the speaker and do not necessarily reflect those of Sputnik.