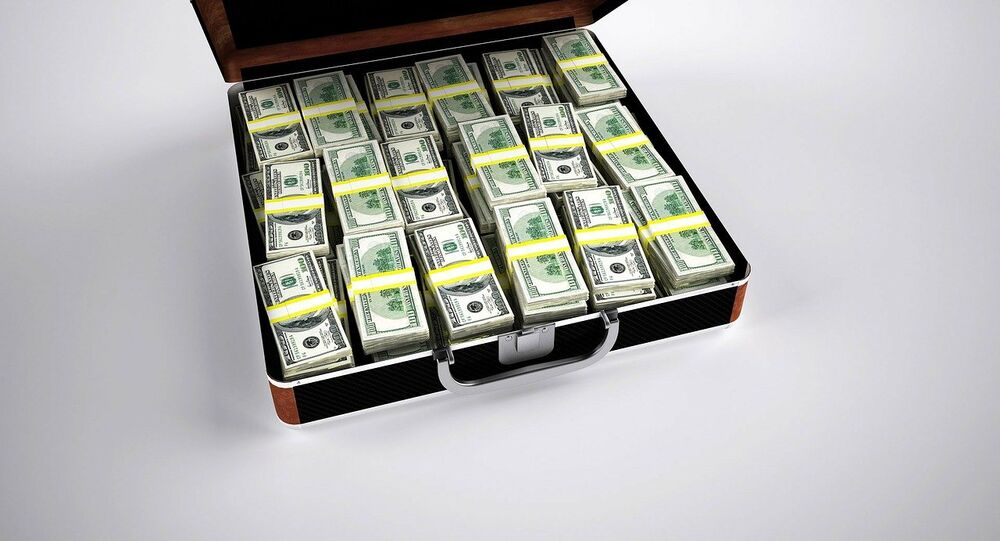 Where Did $8.2 Billion in US Aid to Fight Opiates in Afghanistan Go?

The US has spent $8.6 billion since 2001 fighting drug production in Afghanistan; however, the country remains the world's largest producer of opium and the production keeps growing. Hanif Daneshyar, a spokesman for the Afghan Ministry of Counter Narcotics, told Sputnik how the money allocated to fight drugs was being spent.

Hanif Daneshyar: Many countries have helped the Afghan government in its fight against narcotics and the United States has provided much-needed support, but SIGAR (Special Inspector General of Afghanistan Reconstruction) declaring the US spent $8.6 billion in Afghanistan on the fight against drugs? In the organization's activities, there was no coordination with the government of Afghanistan or the Ministry of Counter Narcotics on how to use this budget and plan spendings.

READ MORE: DoJ: Former US Marine Gets 15 Years in Jail for Bid to Aid Daesh

We can confirm the $300 million that the United States has contributed to the fight against drugs in Afghanistan, but SIGAR's statement that $8.6 billion was spent in coordination with the Afghan government we can't confirm.

Sputnik: According to SIGAR's 2017 report, in Afghanistan, 328,000 hectares of land was used for opium poppy cultivation, up 63 percent compared to the previous year (2016); this is the highest rate since 2002.

Hanif Daneshyar: This is due to two factors: the high demand for Afghan drugs around the world and the easy transit of narcotics within the region.

Sputnik: The SIGAR report says that out of the amount of opium produced in Afghanistan last year, 900 tons of pure, export-quality heroin can be produced, which could serve as an incentive for the expansion of combat zones throughout Afghanistan.

Hanif Daneshyar: In Afghanistan, more than 328,000 hectares of land are suitable for the cultivation of opium poppy. Most of the drug production is in Helmand province. The number of factories there is increasing. Other unsecured provinces include Badghis (the most insecure province in recent years), Farah, Uruzgan, Kandahar, Faryab, Nangarhar and Badakhshan. We have serious issues in these provinces.

© AP Photo / Khalid Mohammed
Erdogan Calls Reports About US Halting Aid to Syria Inconsistent - Media
Hanif Daneshyar: I will add to this data that in 2016 the Afghan Ministry of Counter Narcotics conducted a study in partnership with the US Bureau of International Narcotics and Law Enforcement Affairs (INL) and found that there an estimated 2.9 to 3.6 million drug users in Afghanistan. The first category of 1.2-1.4 million people in Afghanistan were identified as addicts and in need of serious treatment.

According to the United Nations Office on Drugs and Crime (UNODC), in 2017 the total volume of drugs produced in Afghanistan and Colombia has increased dramatically in comparison with previous years.