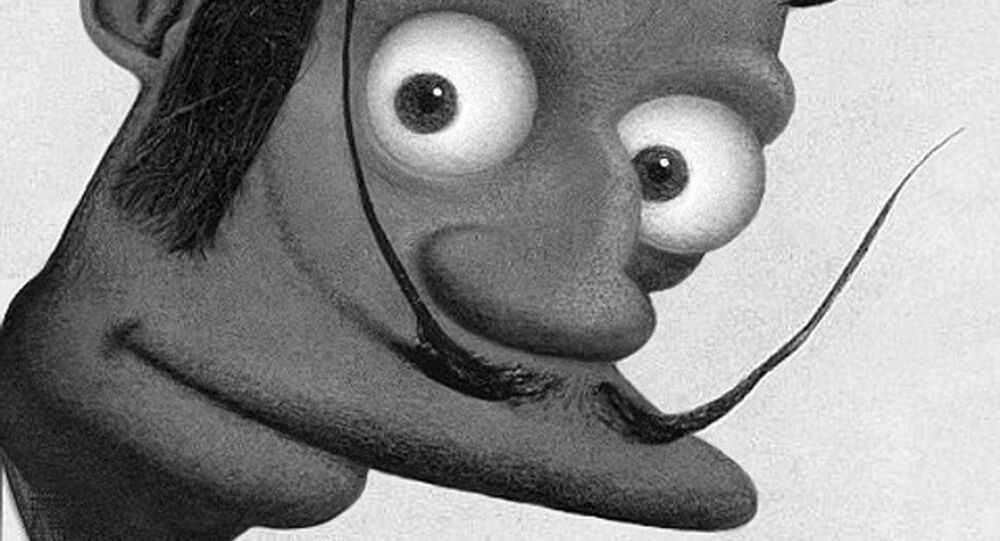 Despite criticism from some parts for declining quality and portrayal of negative stereotypes, the Simpsons have revolutionized the entertainment industry. Will they survive in a generation that is becoming increasingly easy to offend?

Sputnik spoke with Tyler Shores, creator of the course on The Simpsons and Philosophy at the University of Berkley for more insight on the issue.

Sputnik: How much of an impact do you think the Simpsons had on mainstream popular culture and comedy?

Tyler Shores: It’s almost impossible to imagine now what television would look like if the Simpsons never existed. There would be no South Park, no Rick and Morty, maybe not even a daily show or John Oliver.

© Photo : Youtube/Scandalous News
The Simpsons Trolls Trump Over Russia, Raises Awareness of Puerto Rico Plight
Sputnik: What do you make of the recent controversy regarding Apu? Is the entertainment industry becoming too Politically correct?

Tyler Shores: I’m split on the Apu thing. The Simpsons, through the voice of Lisa, did address the Apu issue, but it felt like they punted it a little bit, like some things that were acceptable then, aren’t now, we’ll deal with it at a later time. So that was kind of weak I thought to address, because the Simpsons has always been good at addressing these sort of issues and is never one to shy away from topics. I’m willing to give them a chance.

It’s a host of writers who write the episodes 12 months in advance and this happened at the very end of the season, so it’s possible that the Apu controversy came at a very inopportune time.

I want to wait and see what happens next season, because there seems to be indications that the show has taken this seriously. Hank Azaria and a couple of others have gone on record as saying we should address this, so I’m more in wait and see mode.

Sputnik: Is the entertainment industry becoming too Politically correct?

© Photo : Youtube/Abstract Six
Fortunetellers, Heroes: Five Incredible Facts About Legendary 'The Simpsons'
Tyler Shores: We live in a weird time right now. At a time when Trump Press conferences swing to the opposite extreme and throwing everything out of the window, where things that politicians say sound like immature teenagers.

On the one hand, it feels like there is a lot of sensitivity towards issues that get blown out of proportion and on the other hand, there’s almost a lack of sensitivity so it’s hard to say.

Sputnik: How long can the show go on for?

Tyler Shores: I do know that the rumour is that they want to make another Simpsons movie, so that is the long term plan and that’s how they want to end the show. One more movie that ties it up, it will probably go on as long as it’s still profitable and relevant, which it certainly seems to be.

The views and opinions expressed in this article are those of Tyler Shores and do not necessarily reflect Sputnik's position.