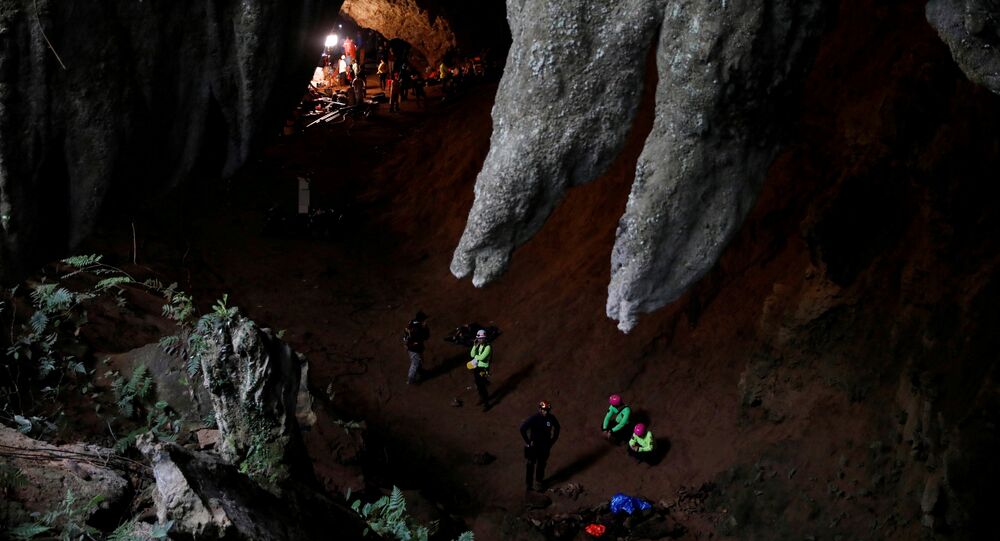 12 teenagers and their football coach remain trapped in a cave in northern Thailand. Pumping water from the cave has been halted after the entrance became flooded and Thai navy divers had to stop their search. The boys and their coach entered the cave on Saturday and there has been no contact with them since.

Sputnik spoke to Journalist Pravit Rojanaphruk about the latest with the search for the football team.

Sputnik: What’s the latest with the search?

Pravit Rojanaphruk: Well it’s still continuing although as days pass I think people are becoming increasingly worried about the fate of the 13 people who have gone missing inside the cave. At the same time there has been some assistance sent by friendly nations like the UK, Australia and the United States, I think the authorities are trying to do everything they can to search for the missing people.

Sputnik: Do you think the British experts divers over there to help can do much more than the authorities already have?

Pravit Rojanaphruk: Well not much really, there have been issues of inundations of reporters crowding the front of the cave and some even went inside. This has led to a lot of debate about how appropriate the huge attention paid by journalists will have an impact on the operation. If we look more into what should be done in the future and one thing became clear is that Thai authorities have not been really well prepared to handle such a surge and this will be a lesson.

Sputnik: What was the reaction by the authorities when they were first reported missing – could they have done more?

Pravit Rojanaphruk: Anyone who is anyone seems to be flying to the site as there is a lot of questions as to why the need for all the big wigs the ministers, the senior officials on site and whether it has become a PR exercise. On the other hand I think generally Thai society has solidly behind the attempt to search and rescue these missing people none the less.