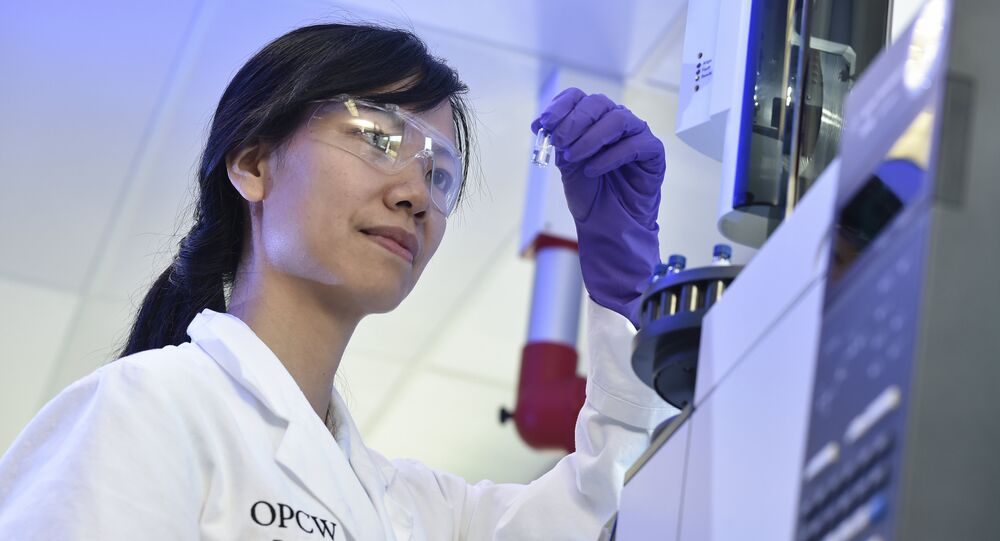 OPCW members have passed the UK's draft extension of the organization's powers, with the move harshly slammed by Russia, which said the West will be tempted to struggle for greater influence over the OPCW’s decision making. Former British Ambassador to Syria Peter Ford has given his take on the motion.

Sputnik: Has the decision come as a surprise for you?

Peter Ford: Not really, because the British and the Americans have been trying for a number of months to recreate a body that previously existed for Syria called the Joint Investigative Mechanism, which did have a power to attribute responsibility for alleged chemical attacks, and this mechanism expired.

Russia, with some other countries, prevented the renewal of the mandate of this JIM, with the British looking for ways to reverse this decision, and they think they have found this through this extraordinary, in all ways, very extraordinary meeting of the OPCW council. And it’s all about Syria, in my opinion. It’s all about finding a pretext for the next round of the Western war against Syria; an investigation is currently underway into alleged chemical incidents in Douma on the outskirts of Damascus in April.

The Western powers have been failing, so far, in their attempt to pin blame on Damascus; another of these commissions which is inquiring on Syria refused to be pressured by Britain and America into pointing the finger at Syria. So, I think in response, the British went to The Hague, where it’s easier to manipulate decisions.

Sputnik: Earlier Moscow dubbed the UK proposal as politicized. Would you agree with that? What’s your take on that statement?

Peter Ford: 100 percent politicized. In fact, the OPCW, I’m sad to say, is being turned into a branch of NATO, an arm, a tool of NATO. Already, the Western powers have immense influence within the OPCW. The head of it, the director, is a Turk; Turkey is a member of NATO. The staff is mainly from Western countries.

The whole culture of the place is anti-Russian, pro-Western. This latest move is a nail in the coffin of the impartiality of an important international institution. It just diminishes the architecture for control of prohibited weapons. This politicization is very short-sighted and in the long term will backfire on the West.

Sputnik: Some experts have noted that Britain was trying to push this initiative to decrease public interest in the lack of proof of Russia’s involvement in the poisoning of the Skripals. Would you agree with that sentiment?

Peter Ford: No, because I think it’s worse than that, because it’s all about Syria. What’s happening here, and it’s very important to understand this, is the countdown to the next war, to the next round of the war against Syria.

What this is, it represents a milestone in the British-led (Americans are not far behind) attempt to prepare a pretext to bomb Syria again, as happened in April. Only next time, the bombing is going to be much heavier. What’s happening with this Hague decision is the conditioning of the international opinion, the conditioning of Western public opinion to prepare for the coming strike.

© AP Photo / Pablo Martinez Monsivais
US, UK Financing 54 Militia Groups in Syria Despite Trump Vow to ‘Get Out’

Sputnik: This event that is now happening in terms of the decision, the OPCW has gone against the West; is that now going to ratchet further actions to exacerbate the situation? Is that the way you see it?

Peter Ford: It is exactly. We see that the Western powers have deliberately painted themselves into a corner. After the carefully targeted, calibrated strikes of April, thanks to Russia, which put on enough pressure to ensure that nothing too terrible happened; after that the Western powers threatened that next time, the brakes will be off, no restraint.

They have put themselves under pressure next time to strike much more heavily at President Assad personally: they will try, I expect, to attack, to bomb his residence, the command and control centers of the Syrian army. This is what they were planning to do in April, but were prevented from doing by Russian pressure. […]