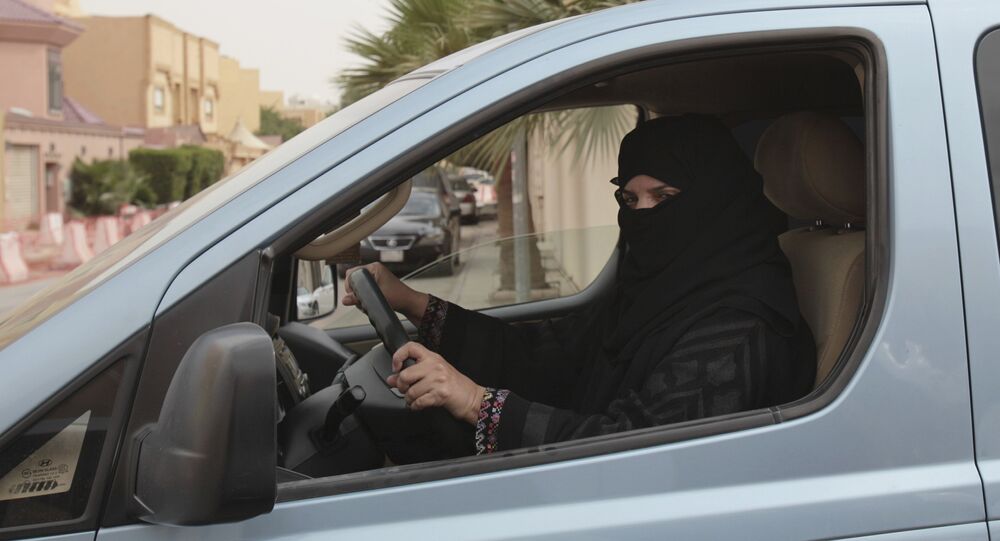 Sputnik Spoke Martin Hvidt Associate Professor at the Centre for Contemporary Middle East Studies, University of Southern Denmark about why the decision to officially allow women to get behind the wheel has been made by Saudi Arabia and what impact would it make.

Saudi women are officially allowed to get behind the wheel, after a decades-old driving ban was lifted. The change was announced last September and Saudi Arabia issued the first licences to women earlier this month.

As the clock struck midnight, in a show of solidarity and celebration, women did victory laps around the centres of Riyadh, Jeddah and Dammam, trailed by Saudi television crews and the rest of the world’s media.

It was the only country left in the world where women could not drive and families had to hire private chauffeurs for female relatives.

Sputnik: What is behind these changes from the Crown Prince in Saudi Arabia?

Martin Hvidt: There are a lot of reasons for that, but mainly it is out of economic necessity, the lifting of the ban on driving is to attract more women in to the labour force and that is highly needed. The problem is the price of oil is down and they have quite a large deficit, so they need to re-configure the whole economy to one like in Britain, where everyone works and contributes to the GDP. Until now very few women worked and now he wants to bring half the population in to the work force by relaxing the dress codes and the driving ban.

Sputnik: What do you make of the protest against the decision with the you won’t drive movement?

Martin Hvidt: I think every time you make a change there will be resistance to change; there has been a ban on driving for 30 years. Quite a few religious people still believe it is fundamentally wrong. There will be opposition. What the Crown Prince Mohammad bin Salman does is to appeal to a younger part of the generation. About 60% of the population are below the age of 30 and they are more willing to do a lot of reforms, while you will accept a lot of the older generations will resist it as to them it has been the traditional way of doing things over the past 30 years.

Sputnik: What will be the next change they will bring in?

Martin Hvidt: I think there will be a gradual change in the role of the woman. Generally more women in the work force, more driving and more public role for women. The specific change that will be made is in the male guardianship system. The system where a woman whether she wants a passport or travel or ordinary decision in life, she has to have the acceptance of a man. That man could be her father, her husband or even her brother, that will be where the major changes come in the coming years.