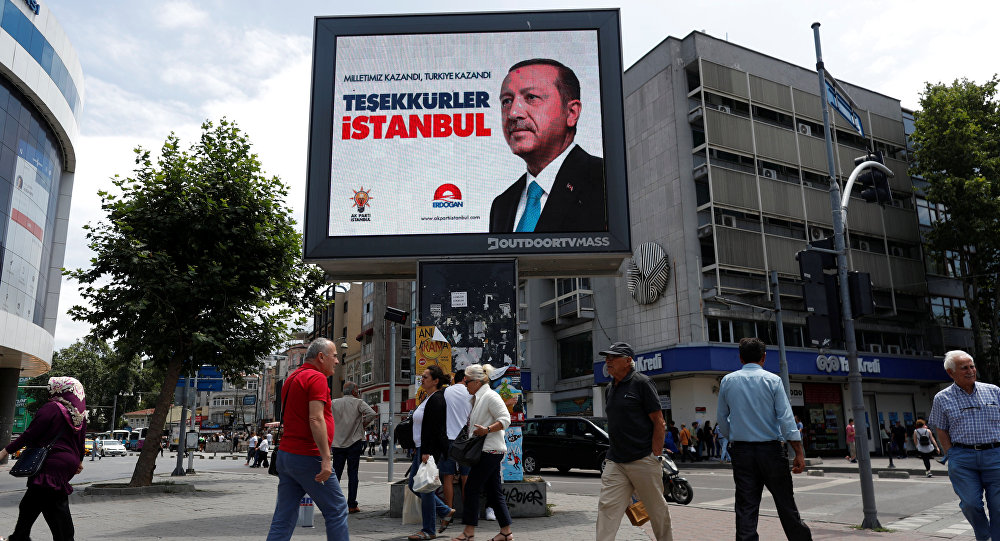 Turkish Elections: Polarization Will Not Disappear After Erdogan Win – Analyst

Turkish President Recep Tayyip Erdogan has secured the support of an absolute majority of voters in the country's presidential election. Radio Sputnik discussed the matter with Bashdar Ismaeel, a political analyst with a focus on Kurdistan, Iraq, Turkey, Syria and the Middle East.

Sputnik: Were you surprised that Mr. Erdogan secured such a confident victory because he was under heavy criticism both inside and outside Turkey?

Bashdar Ismaeel: I wouldn't say that I am surprised. What we've seen in the last set of polls; the two polls in 2015 and the parliamentary elections, we saw a presidential referendum to change the system of governance last year.

These elections were very much contested. I wasn't surprised that he was victorious; you know he always was the most popular candidate in Turkey. But at the same time we mustn't forget the other side, the other fifty percent.

The AKP party themselves haven't received a majority and they'll be relying on their alliance with the Nationalist Party of Turkey. One thing that is certain is that the polarization is not about to disappear.

Yes, he is going to focus on terror but it has to be more focus on ousting CHP ministers from government and rounding up opposition forces. I don't think Turkey will see the unity that it needs at this delicate time. Also, these policies in terms of the economy will come under heavy scrutiny.

So there are many challenges that we'll still see in Turkey going forward. And not least, this opposition who feel that they've been hard done by; they don't feel like it was a very even contest.  So I think we will see much of the same polarization going forward, and it will depend on the next moves by Erdogan. Either he will do something to get a semblance of unity across the Turkish divide or it gets worse and the polarization will become deeper.

Sputnik: What about foreign policy? What changes can we expect in relations with NATO and issues of security in Iraq and Syria?

Bashdar Ismaeel: I think Erdogan is endorsing his current policy, especially the way that he's increased the war on terror. Many people believe that  this translates into bigger operation in Syria to oust more Kurdish areas and Kurdish rebels from their strongholds. But there is a danger here that the deeper you go into Syria, the deeper you go to fight against the Kurds.

The views and opinions expressed by Bashdar Ismaeel are those of the analyst and do not necessarily reflect those of Sputnik.

PhD Explains What Powers Erdogan Will Gain if He Wins Election

Can Erdogan Retain Power? Turkey on Verge of Presidential Election