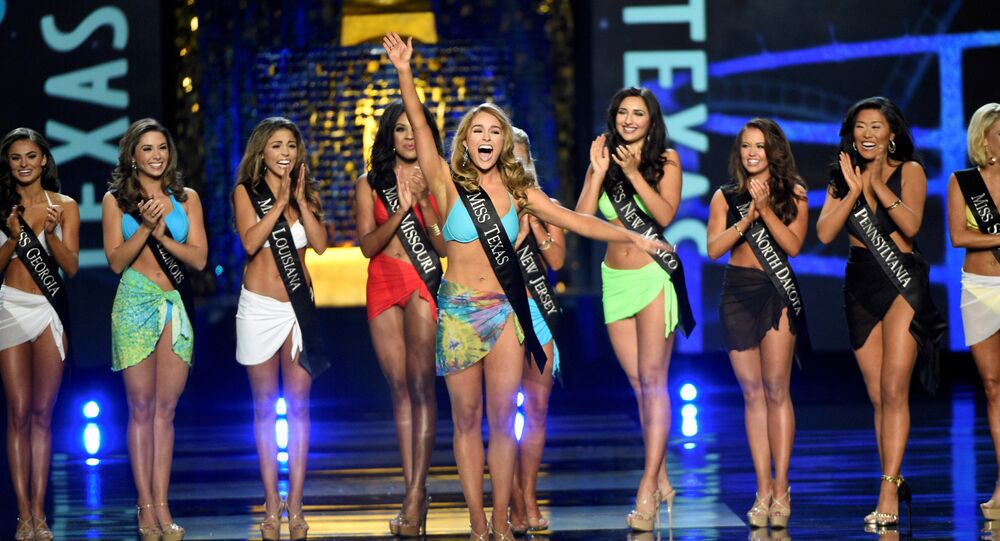 As organizers of Miss America beauty pageant reveal that this year the event won’t be featuring the swimsuit portion, British model Poppy Haskell who won the Miss Swimsuit UK pageant last year told Radio Sputnik that she doesn’t agree with this approach.

Radio Sputnik: What's your take on scrapping of the swimsuit portion of Miss America contest?

Poppy Haskell: I don’t see the reasons for it. From my side, it was a very positive experience, and I had things that I was insecure about till I went on stage in my bikini, in my swimwear. And because the crowd and their reaction was so positive, I now feel a lot more confident. And I think sometimes it does do great things for the women, so I do think it’s a shame.

@sputnik_news put me on the spot live! talking all things @missswimsuituk & the metoo movement and the removal of the swimwear rounds. You can hear some of it here —> https://soundcloud.com/radiosputnik/poppy-haskell-miss-swimsuit-uk-was-a-very-positive-experience-that-made-me-feel-more-confident

Radio Sputnik: You said that you had things you felt unconfident about, perhaps this was because there is a projected body image that women are expected to have, that is considered attractive? And also, there’s this moment in these pageants where you are judging women based on their physical appearance… And of course people are saying that this is promoting the culture of sexual harassment, this is promoting the culture of women being seen as objects, to be judged on their physical appearance.

In the competition I did, there isn’t a limit on size or height. I mean, as long as everyone’s healthy, everybody is accepted. So I think that that kind of celebrates all the different sizes, and that it was promoting a healthy body image for young women…

I do agree with your point that there’s a lot of sexual harassment, but I think we’re demonizing the wrong people, cause I’m actually at work with a grid girl in the UK… and I’ve never experienced any negative behavior. But if men are doing that, they are the ones who need to be spoken to. I don’t think that we should be taking away the girl’s job or the competition, because a lot of girls are using these competitions as a catalyst to further their career.

'Make-Up Under Camouflage': A Military Beauty Pageant in Russia