The EU is considering a tit-for-tat response to the Trump administration's potential new car import tariffs, Bloomberg reported, citing a European Commission report. The report suggests that the US duties on EU automobiles and car parts could affect hundreds of billions of dollars in trade and impact nearly all member states.

Sputnik: What repercussions could the US-EU tariff war have for the car industry and trade? Who would suffer the most from this step?

Fabio Parenti: There are huge repercussions if this movement will go forward,  the recent announcement to put tariffs on European cars, but the recent tariffs against Europe and other countries for steel and aluminium and so on will have minimal impact on European exports: 1% of European exports. It is surely significant for United States to keep conveying the message to Trump's voters about the idea to reindustrialise the United States, starting from heavy industries, the industrial dealers of the United States, an economy that went through a long period of de-industrialization. So this from the US side is partially reasonable; whereas from the European side it is just the breaking of WTO rules, a moment breaking the historical relations, economical and political, with the Unites States.

© AP Photo / Martinez Monsivais
Trump's Tariff Spat With the EU: Who is Set to Lose the Most?
Sputnik: What can you say about consumers, will consumers be affected by the measures that have been taken in response?

Fabio Parenti: Each side of the Atlantic will be affected in different ways. Consumers, surely, have to face higher prices, but this is not a direct, a sure effect I would say, in the sense that some firms will keep their prices unchanged, especially firms that used to sell, for example, high value,  high margin products from the US in Europe.

Sputnik: Is there a feeling that there's a need to perhaps look at forming other major partnerships?

Fabio Parenti: There's a rationality from the US side to retreat from its overstretched strategy, to review and rethink the globalization model, unilateral, I would say in some sense, the globalization model based on free corporation. But, obviously, after promoting a free trade globalization model and developing a network economy and macro-regional interests nationally, the other US partners will be looking for alternatives, and are already looking at different partners.

First of all China, with the many difficulties and tension that are also in place, but the Belt and Road Initiative is also considered by many firms and countries as an alternative. Germany and Italy are having a new approach to the EU relationship with the United States. The trade tensions are just a symptom of a radical change in the balance of power at the world level. So, yes, many countries are looking for alternatives, not necessarily to absolutely replace the United States as a big partner and a market that is able to absorb most of the consistent part of the international demand, but to diversify, and this is a period in which each region, beyond the traditional alliances, is trying to diversify its international relations and economic relations above all.

Sputnik: Can you comment briefly on the, as some people have called it, trade war between the US and China, how will this affect the global economy? 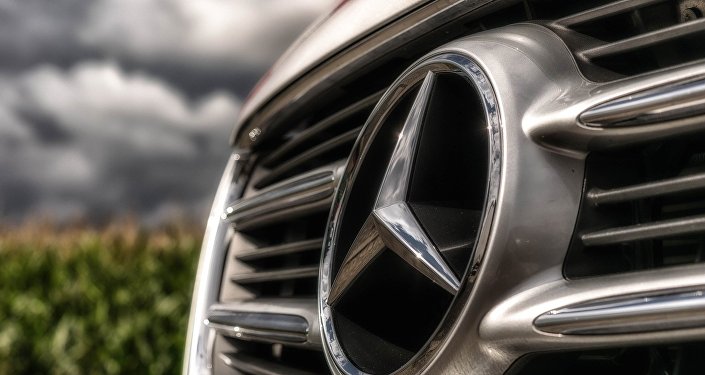 © CC0
Mercedes-Benz Expects US-China Tit-for-Tat Tariff Spat to Hit Car Sales
Fabio Parenti: If we look at this aggregated data, it is clear that China is becoming, historically and traditionally, like the US, a market that's able to absorb international demand. Creating tension and not being able to find a solution or compromise with China will affect the United States more than China, in the medium term,  according to my understanding. Then if the United States is not able to find the right cooperative approach with China, that process of reducing the weight of the United States as a main partner, as a reference of the international system and so on, will accelerate. I think it is accelerating, so I think Trump should find a balance between its new strategy, that can be partially reasonable, within the existing world, that is highly interconnected, with new emerging countries that cannot be treated like in the past.