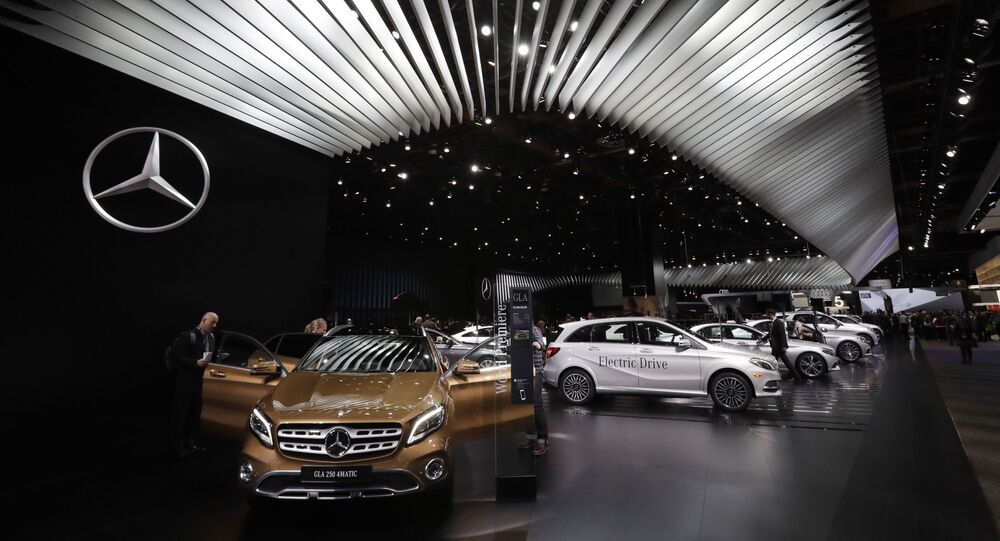 President Trump's threat to slap a 20% import tariff on all EU-made cars unless the bloc removes tariff and trade barriers on US companies was met with a warning from the European Commission that it would reciprocate. Speaking to Sputnik, European trade policy analyst Allie Renison explained the inherent danger to the escalating US-EU trade spat.

Sputnik: What could be the fallout of prospective US-EU car import tariffs, and who would stand to lose the most from them?

Allie Renison: I think this was always the biggest concern over the initial round of tariffs that President Trump imposed. The reason these were so controversial is because of the justification given – that this was a national security issue.

Now we're seeing a sort of rapid move toward escalation. Even though the EU has lodged a case at the World Trade Organization, it hasn't waited to go ahead with responding to tariffs that are much more differentiated in nature, [including] everything from almonds to bourbon, whisky, US denim brands for example.

© Photo : Daimler
EU Mulling Reciprocal Measures Against US Car Import Tariffs - Reports
I think the big concern now is that you already see Trump threatening to [respond] to that. And the biggest concern there is that it just absolutely spirals. So the most important thing at this stage is to try and speed up a ruling at the WTO that deals with the initial wave of Trump tariffs.

The big issue with escalation of trade war tariffs in this respect is that they start looking at things that had nothing to do with the original tariffs. Actually the people that end up losing out the most are people that supposedly these were supposed to benefit in the first place. The car producers get slammed with import tariffs on the steel that they need to make the cars coming from all different parts of the world.

Based on the Tariffs and Trade Barriers long placed on the U.S. & its great companies and workers by the European Union, if these Tariffs and Barriers are not soon broken down and removed, we will be placing a 20% Tariff on all of their cars coming into the U.S. Build them here!

Sputnik: Usually when a country takes a dispute to the WTO, it takes quite a while before a ruling is made. What do you make of the potential for regulating the US-EU trade dispute through the WTO?

© AP Photo / Martinez Monsivais
Trump's Tariff Spat With the EU: Who is Set to Lose the Most?
Allie Renison: I think that this will be given a high priority. People know that the potential for escalation is severe in this respect.

The interesting thing about this though is that usually you have a normal expected basis on which to challenge the tariffs. The difference with this is that no one has actually challenged – very few countries, if any ever, have used the justification that President Trump used, which was that the steel and aluminum imports coming from these countries were somehow a threat to national security.

So even if the WTO fast-tracks this, the big [issue] is – there's not much case law and precedent on which to operate. So it's a shot in the dark at the moment.

Allie Renison is the head of Europe and Trade Policy at the Institute of Directors, a UK-based business organization for business leaders and entrepreneurs. The views expressed by Ms. Renison are those of the expert, and do not necessarily reflect those of Sputnik.

Trump's Tariff Spat With the EU: Who is Set to Lose the Most?

Assad on Possibility of Talks With Trump: Dialogue With US is Waste of Time Now