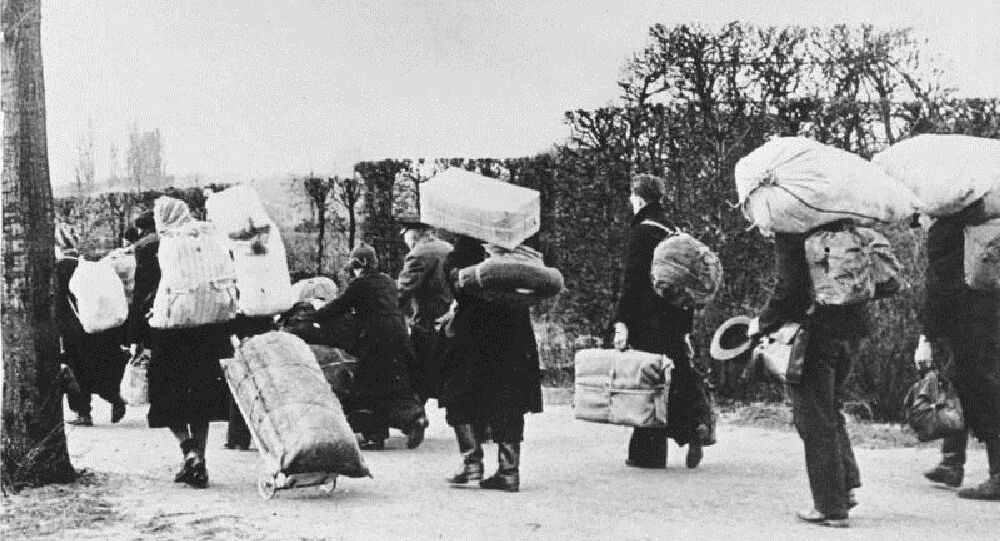 German Chancellor Angela Merkel has declared that the expulsion of ethnic Germans from the countries of Central and Eastern Europe after the Second World War had no "moral or political justification." Speaking to Sputnik, Czech Peace Forum chairwoman Vladimira Vitova explained what was so dangerous about Merkel's comment.

In her speech on World Refugee Day on Wednesday ahead of a series of meetings on European refugee policy in Brussels, Merkel said that Czechoslovakia's expulsion of some three million Sudetenland Germans after the Second World War was "immoral."

The remarks prompted an immediate response from Czech Prime Minister Andrej Babis, who rejected the characterization of events and warned that his German counterpart's comments served only to stir up "old wounds." Babis pointed to the crimes committed by German forces during the war, listing Czech villages that were wiped off the map during the occupation, as well as indiscriminate killings of those suspected of harboring resistance group members.

"This statement [by Chancellor Merkel] is utterly scandalous and clearly aimed at revising the results of the Second World War," Vitova said. "Germany has long been preparing the ground for this purpose here in the Czech Republic, with the help of some of our politicians," she added.

© Sputnik /
Hitler Kaput: How Stalin Learned About the Fuhrer's Suicide
Vitova recalled that the eviction of ethnic Germans and Prague's right to reparations were established by the Potsdam Agreement.

"This agreement is not subject to a limitation period, and we must not renounce it," the politician stressed. "On the contrary, this agreement is clear in stating that the deported Germans cannot make any claims to anything. Our politicians have tried many times to circumvent the sensitive points of the agreement, starting with [Vaclav] Havel, who said that our claims to reparations shouldn't spoil relations between two friends,"

According to the politician, Prague made a fundamental mistake by not tying guarantees on the payment of reparations to the question of Germany's reunification in 1990.

"[First post-communist foreign minister] Jiri Dienstbier did not put this issue on the agenda, because he felt that the unification of Germany was more important, and relegated the issue of reparations to the background," Vitova noted.

"Today, it's obvious that this was the beginning of a policy directed against us, with Havel, Dienstbier and others adhering to it. The problem is that we did not demand and still do not demand what is owed to us; neither before the unification of Germany, nor our accession to the European Union. Mrs. Merkel's words only illustrate the ingratiating behavior of our politicians before the Germans after 1989," she said.

© Sputnik / Fishman
German MP Calls for Fair Tribute to Soviet-Russian Victims of Nazis in WWII
As of 2017, the Czech Republic and Slovakia's outstanding reparation claims amount to 1.36 trillion euros and 506 billion euros, respectively.

Between 1944 and 1950, upwards of 14 million ethnic Germans or German citizens fled, were temporarily displaced or permanently expelled from Czechoslovakia, Poland, Hungary, Romania, Yugoslavia and Kaliningrad (then known as Konigsberg), with up to 600,000 perishing in the process.

Germany's occupation of Czechoslovak lands began with the 1938 annexation of the country's northern and western borders, in a move agreed to by France, the UK and Italy. In March 1939 Berlin annexed the rest of western Czechoslovakia, with a Nazi client state, namely the Slovak Republic, formed in the east. During the occupation, hundreds of thousands of Czechoslovaks were executed, sent to concentration camps, or deported to Germany.