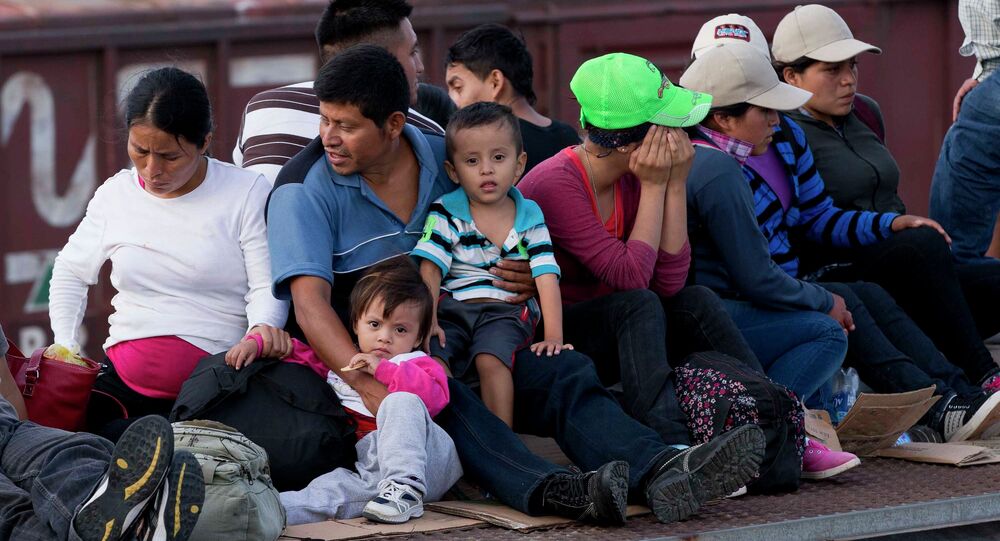 "Probably we’re going to see more of that — that parents are being ordered to be deported while the children are still pending their cases," Garcia said on Thursday.

Some parents, Garcia explained, have reportedly already been deported while their children stay behind in detention centers.

© REUTERS / Leah Millis
Stopping "Seperation": White House Makes Mistake in Immigration Executive Order (PHOTO)
Garcia added that the children may just end up being sent back to their country of origin to reunite with their families, but it is still unclear.

US Health and Human Services (HHS) spokesperson Kenneth Wolfe said earlier that more than 2,300 migrant children who have already been separated from their parents will not immediately be reunited contra the stated intent of an executive order issued by President Donald Trump.

On Wednesday, Trump signed an executive order designed to prevent the separation of children from parents apprehended crossing the US-Mexico border illegally. The move came amid fierce criticism after images went viral depicting children locked in cages near the border.

© AFP 2021 / Sandy Huffaker
Amnesty International Slams US Family Separation Policy as 'Torture'
On Thursday, the Justice Department asked a federal judge to modify a legal agreement that bans the government from detaining children for more than 20 days.

The Trump administration needs to extend the timeline to ensure children can remain united with their detained parents. US Speaker of the House Paul Ryan said in a press briefing, however, that the Department of Homeland Security is working with HHS to reunite the families.