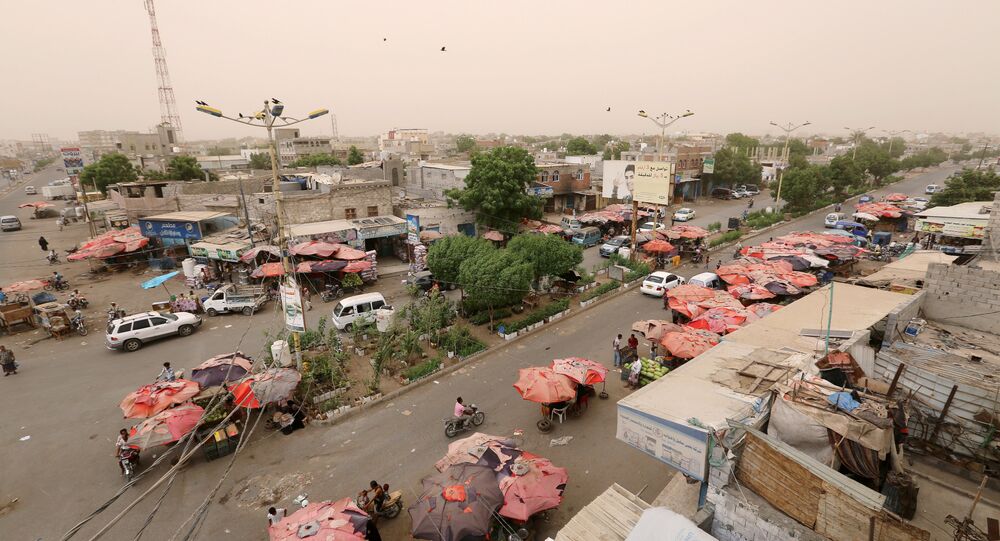 Kathy Kelly, co-coordinator of Voices for Creative Non-Violence, told Radio Sputnik's Loud & Clear Wednesday that the secret torture prisons in Yemen, as well as the Saudi-led offensive to seize the Yemeni port of al-Hudaydah from the rebel Houthi movement, should be condemned by the US. Instead, the US is playing a role in the torturing of people by being complicit.

​"Amnesty International corroborated a report with AP that came out in June 2017 and in that report, they talked about ghastly punishments being used against detainees in Yemen. It doesn't come as a surprise, but it's a terrible disappointment in terms of basic beliefs and that the human spirit could perform such sexually abusing torture," Kelly told hosts John Kiriakou and Brian Becker.

Human Rights Watch described the expose in a 2017 report. "The details are grotesque: prisoners in these centers were 'crammed into shipping containers smeared with feces and blindfolded for weeks,' beaten, and trussed up on a 'grill' — a spit like a roast to which the victim is tied and spun in a circle of fire." The report also noted that detainees "were also sexually assaulted, among other forms of abuse."

The investigation found 18 "clandestine lockups" in southern Yemen operated by the UAE or Yemeni security forces following an extensive investigation that included talking to former prisoners, the families of people in detention, attorneys and Yemeni defense officials.

The torture practices go way beyond waterboarding. "Grilling" involves tying individuals to skewers and twirling them over fires, according to the report. Detainees are shuttled to black sites located within airports, military outposts and even inside nightclubs. The Yemen probe may reveal only part of the secret operations. Select detainees have also been sent to an Emirati base in Eritrea, Yemen Interior Minister Hussein Arab said last year.

The Emiratis have rejected the notion that the black sites actually exist. "There are no secret detention centers," the UAE government said in response to the AP report last June, adding, "no torture is done during interrogation."

The Pentagon also denied any involvement in human rights violations. "We always adhere to the highest standards of personal and professional conduct," Pentagon spokesperson Dana White said at the time. "We would not turn a blind eye [to torture practices]."

However, US defense officials confirmed that US forces were involved in the interrogation of detainees captured in Yemen last year, but denied having knowledge about potential humans rights abuses. The Americans would feed the Emiratis questions, then the Emiratis would provide video files or electronic transcripts of the questioning sessions, according to Yemeni Brig. Gen. Farag al-Bahsani.

"It would be a stretch to believe the US did not know or could not have known that there was a real risk of torture," Amnesty International's Lynn Maalouf said in June 2017.

"It certainly is a gruesome experience," Kelly told Radio Sputnik.

"Even the US Congress put through a measure that was approved, which says that the US will not provide weapons to the Saudis and Emiratis until this issue had been investigated. But, I don't believe the Senate put through a comparison mandate. So, it will have to be the public which rises up to say that this type of behavior is unacceptable," Kelly noted, referring to a May 2018 measure by California Democratic Reps. Ro Khanna and Barbara Lee requiring that the US Department of Defense investigate whether US allies in Yemen played a role in torturing detainees.

Yemen has been engulfed in an armed conflict between the government, headed by Yemeni President Abd Rabbuh Mansur Hadi and the Houthi movement in the north of the country, since 2015. A Saudi-led coalition, composed mostly of Arab nations, has been carrying out airstrikes against the Houthis upon Hadi's request since March 2015. The US has supported the Saudis by refueling Saudi and UAE aircraft and by providing aerial targeting assistance and intelligence sharing services, Sputnik reported.

"We must also acknowledge that in Yemen, alone, 8 million people are on the brink of starvation and the US has not effectively stopped the attack on the port of Hudaydah. This is something that ought to be condemned," Kelly added.

Last week, Yemen, backed by the Saudi-led coalition, launched an offensive to seize al-Hudaydah from the rebel Houthi movement after the latter failed to respond to the government's offer to withdraw from the port city. Various international organizations and rights groups have called on the warring Yemeni parties to exercise restraint amid increasing hostilities in the city.

"We stand with our UN partners to call on all parties to the conflict to protect the port and allow its uninterrupted functioning. We also call on all parties to protect health workers and their facilities from harm, as well as to ensure unimpeded access for medical teams seeking to treat the wounded," World Health Organization (WHO) Director-General Tedros Adhanom Ghebreyesus said last weekend.

The Director General of WHO stressed that the port of al-Hudaydah was the essential lifeline for the country, through which up to 70 percent of food and basic medicines pass.

"With the intensification of fighting around Hudaydah, I am deeply concerned about the impact it will have on the lives, health and welfare of the 1.6 million people living in the city and its environs, and on the people of Yemen more broadly," the WHO chief added.

Moscow: Offensive on Yemen's Hodeidah by Pro-Hadi Forces to Be Catastrophic