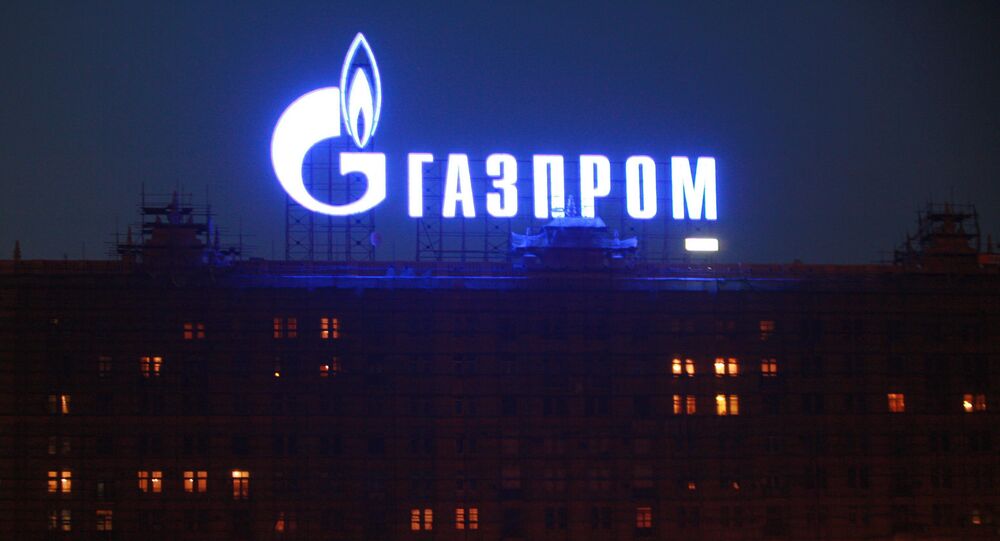 Forged Victory to Humbling Defeat: How Kiev Won and Lost $2.5 Bln From Gazprom

The Svea Court of Appeal has suspended the Stockholm Arbitration Court's ruling allowing Ukrainian state energy company Naftogaz to seize $2.56 billion in Gazprom's European assets. Why did the court appeal the ruling, and what does it means for the Russian gas giant's European plans? Sputnik explores.

Following the Stockholm Arbitration Court's February 2018 ruling that Gazprom must pay compensation to Naftogaz for allegedly failing to supply earlier agreed-upon volumes of transit gas, the Ukrainian company rushed to appeal to European countries to immediately arrest the accounts of the Russian giant's sister companies.

Ukraine's efforts met with initial success, with Swiss authorities issuing an injunction on the assets of two firms engaged in the maintenance and construction of Nord Stream and Nord Stream 2, and their Dutch colleagues joining them two months later to freeze Gazprom shares in its Dutch subsidiaries.

Ukrainian President Petro Poroshenko triumphantly announced that Kiev would continue its offensive, and seize more Gazprom assets in the UK, the Netherlands, the US and Switzerland. "We will not allow anyone to rob Ukraine," he said.

Gazprom lawyers' key argument was that a considerable portion of the arbitration award was written by someone other than the arbiters themselves, effectively constituting forgery, a serious violation of Swedish law and of the arbitration regulations of the Stockholm Chamber of Commerce. The presence of this creative writing was confirmed by a linguistics expert.

"Obviously, nobody has a right to substitute arbitrators. Direct decision-making by arbitrators is of critical significance for parties to the dispute and interference of a third person in the decision-making process is a gross violation of the arbitration agreement," Gazprom statement said in its appeal statement.

Taking this information into account, the Svea Court of Appeal suspended the Stockholm court's ruling. Gazprom immediately went on the counteroffensive, saying it would point to the appeal decision to challenge the arrests of Gazprom property in Switzerland and the Netherlands.

© AFP 2020 / SERGEY BOBOK
A picture shows a compressor station of Ukraine's Naftogaz national oil and gas company near the northeastern Ukrainian city of Kharkiv on August 5, 2014.

Commenting on the ruling, economic observer Alexander Lesnykh emphasized that it's the broader significance that's most notable.

"Since the Stockholm court's decision has been suspended, Naftogaz can forget about the $2.56 billion. But although this is a large amount of money, the whole case was not conceived for the sake of money. The main objective was and remains the construction of Nord Stream 2, which threatens the transit of Russian gas through Ukraine," the analyst explained.

© Sputnik / Sergey Guneev
'Russian Weapon Already in Berlin': Ukrainian MP Has Meltdown Over Nord Stream 2
Kiev fears that Russia will cut off transit through the country after 2019, when the current ten year contract expires. The prospect of the loss of billions of dollars in transit earnings has prompted Kiev to organize a campaign to try and sabotage the 55 billion cubic meter per year Nord Stream 2 project, which Ukrainian officials have subsequently dubbed "a threat to the whole world."

Notwithstanding Kiev's efforts, Europe in general and the Western European companies engaged in the Nord Stream 2 project in particular have maintained a "healthy pragmatism" toward the project. Berlin signed off on the project earlier this year, breaking ground on its Nord Stream 2 terminal in April. Finland and Sweden have also given their approval, with Denmark now the final holdout.

However, as Alexander Lesnykh pointed out, Copenhagen's approval is also merely a matter of time, since if it doesn't allow Nord Stream 2 to pass directly through its territorial waters, the project will simply apply to lay the pipelines through its exclusive economic zone, as in the case of Sweden.