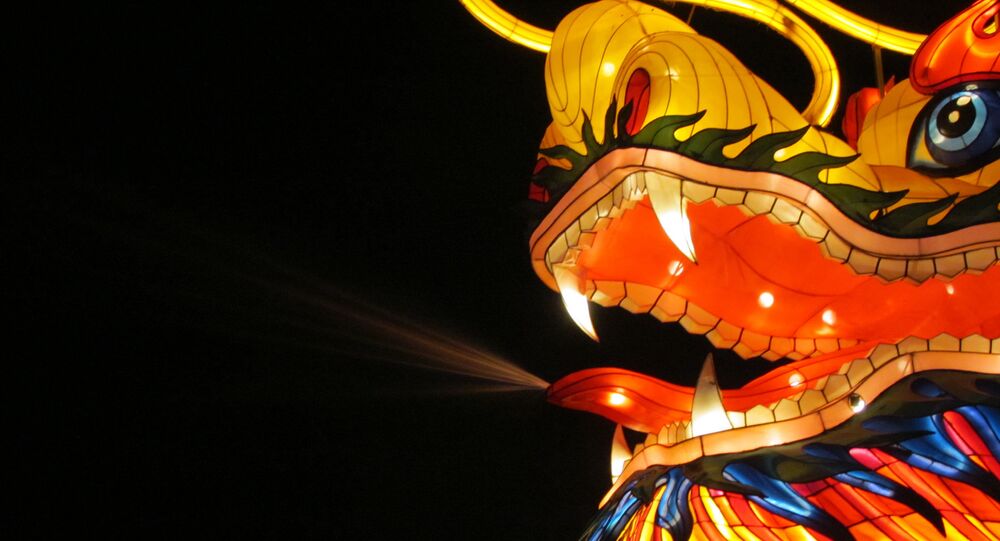 Century of the Dragon: Key Difference in How US, China Project Economic Power

Vietnam has been rocked by protests over a proposed law on special economic zones which some fear will be dominated by Chinese companies. Chinese investors are buying businesses, real estate and resources worldwide, from Eurasia to Africa, and in North and South America. But is there a risk of a US-style Chinese economic hegemony? Sputnik explores.

The Vietnamese protests began in mid-May, with attacks on Chinese and Chinese-owned enterprises across the country, from Hanoi in the north to Ho Chi Minh City in the south. Some of the demonstrations have been violent, with Chinese corporate offices broken into, looted, and set on fire, and their employees attacked. The chaos has led to arrests across multiple cities.

The demonstrations led the Vietnamese government to ask the legislature to delay the adoption of the proposed law on special economic zones, pending a review period. The proposed law aims to establish special investment zones in three Vietnamese provinces and the island of Phu Quoc, offering a preferential tax environment and the chance for foreign businesses to rent out land for a 99-year period. Opponents of the bill fear that it could lead to the dominance of Chinese businesses in their country.

Speaking to Sputnik about the origin and nature of the protests, Sergei Sanakoev, president of the Russian-Chinese Center for Asia-Pacific Studies said that whatever legitimate concerns may be behind them, they have inevitably become part of a much broader, global struggle for markets and influence.

"Given how quickly the protests spread and the fierce character they took on, one can sense there was skillful organization and generous [foreign] funding. The collective West fears the growing influence of China, which they see as a threat to their policy of globalization," Sanakoyev said.

© AFP 2020 / STR
This picture taken on June 12, 2018 shows charred buses at a police station compound in central Binh Thuan province following the June 10 violent protest over a government proposal to issue 99-year-leases in special economic zones. An American citizen is being held in Vietnam for "disrupting public order" after he joined violent protests over a controverial special economic zone draft law, an official said on June 14

Vietnam is by no means alone in feeling the effects of China's global economic boom.

In Europe, the PRC has injected over €100 billion in foreign direct investment since 2010, with about 60% of these funds concentrated in German, French and British infrastructure and industry. During the same period, Chinese investments in the countries of Central and Eastern Europe have more than doubled, with the 16+1 format between China, 11 EU members and five EU candidate countries leading to expanded trade ($58 billion in 2016), and between $6 and $8 billion in Chinese investment.

© Sputnik / Iliya Pitalev
Getting DPRK Onboard Belt & Road Initiative Might Be Easier Than Expected
Beijing has been flexing its economic muscle in Asia, too, investing tens of billions into East and Southeast Asia and Australia, and tens of billions more in Western Asia, the Middle East and Turkey. Recently, the Chinese Asian Infrastructure Investment Bank established cooperation with the Japanese and US-dominated Asian Development Bank, a move which China Institute of International Studies dean Jiang Yuechun believes is a signal of Tokyo's warming attitude toward the One Belt One Road Initiative.

"Previously, the US and Japan had a negative perception of the Chinese initiative, up to its disavowal. But recently, Japanese Prime Minister Shinzo Abe has expressed his support for the project, and his readiness to develop cooperation," the academic noted.

© REUTERS / Kim Kyung-Hoon
The logo of Asian Infrastructure Investment Bank (AIIB) is seen at its headquarter building in Beijing January 17, 2016
© REUTERS / Jason Lee
Financial Experts: US Will Fail to Undermine China-South America Free Trade Deal
In Latin America, Chinese economic influence has skyrocketed since the early 2000s, with the Middle Kingdom investing over $70 billion between 2005 and the mid-2010s in mining, infrastructure, agriculture, and other sectors, and enjoying monthly trade flow measured in the tens of billions of dollars. Talks are now underway on the creation of a Chinese-South American free trade zone.

At the same time, RIA Novosti contributor Vladimir Ardaev points out, it is in Latin America where "a fundamentally new trend" in Chinese economic and trade policy is emerging, with trade gradually moving to calculations in renminbi. "These countries are trying to overcome their dependence on the US amid a traditional dollarization of their economies, and concluding currency swap agreements with the Chinese."

This tendency isn't limited to Latin America, either, Ardaev stressed. "African countries too are becoming more attracted to the yuan. A number of countries in eastern and southern Africa view the yuan as a possible reserve currency. In 2016 alone, according to SWIFT figures, renminbi-denominated payments in South Africa rose by 65%."

These trends are logical, not only due to the dollar deficit in some African states, but also Beijing's heavy investment in African infrastructure, natural resources, mining, and oil fields over the last two decades.

Amid the historically unprecedented warming of political ties between Moscow and Beijing, economic cooperation between the two countries is also expanding. China has become Russia's largest trading partner, accounting for 15% of total trade in 2017, with the total turnover reaching $84 billion. That figure is expected to hit $100 billion in 2018, and up to $200 billion by 2020.

© Sputnik / Mikhail Klementyev
From the Arctic to Deep Space: What Putin, Xi Agreed on at Beijing Talks
Amid the growth in trade, the two countries are also expanding payment in rubles and yuan to reduce dependence on third countries. This idea is being promoted at the highest levels, with President Putin calling for the "unburdening" of Russia's economy from the US dollar in the pricing of oil in global commodities markets last month. Russian-Chinese collaboration ranges from trade to technology to Arctic development to space cooperation.

Is the Chinese Dragon Good or Bad?

Chinese trade and investment is not welcome everywhere, as demonstrated most vividly in Beijing's ongoing tiff with the US and President Donald Trump, who has accused the country of unfair economic practices and currency manipulation, and slapped Beijing with $50 billion in new restrictions last week (a move China immediately reciprocated).

© AP Photo / Andrew Harnik
New US-China Trade Spat 'Comes on Heels of a Lot of Paranoia About Beijing' - Prof
Furthermore, alongside Vietnam, Australia and New Zealand have also marked concerns over 'excessive' cooperation with the Middle Kingdom amid fears of Chinese interference in their internal affairs.

However, according to Sergei Sanakoev, whatever resistance or perceived danger there may be in doing business with the PRC, there is one key difference distinguishing their global economic approach from that of the United States.

"In practice, China's global activity stems from its geopolitical role. This is the second economy in the world, and is catching up to the first – America. The fact that Chinese business is putting pressure on US business around the world is quite natural. However, it is the difference in method which stands out: unlike Washington, Beijing, in the pursuit of its aims, does not unleash local wars, does not create 'color revolutions' and armed coups, and does not overthrow legitimately elected governments," the analyst concluded.