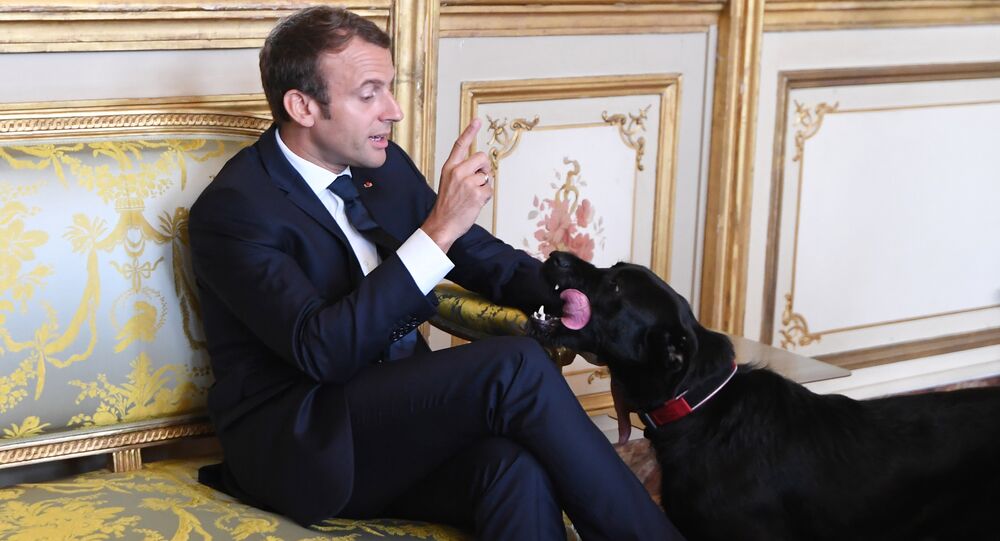 Radio Sputnik discusses the French-Italian row over the Aquarius migrant boat with Anna Triandafyllidou, professor of the global governance program at the European University Institute in Italy.

Sputnik: What's your take on this issue now and how can it be resolved between both member states?

Anna Triandafyllidou: I think it has been a bit of a rough affair, maybe it was a psychological test on the part of Macron to the very new, very recent Italian government with a prime minister that has no political experience so far. I think that is one take on this so it was a bit of a diplomatic game. On the other hand, of course it exposes a more long-term tension between the two countries. Italy tries to make a point not only toward France but towards the EU in general that being a forefront country, it is exposed to the ups and downs of the asylum and migration flow to the Mediterranean and that it needs more solidarity, particularly in relocating people, not just in terms of money. On the other hand, one has to admit that France has been very stingy in its approach towards refugees. Unlike Germany, unlike Austria, unlike Sweden, France has accepted very few people and whenever there's been more flows along the Italian French land border, it's a closed border, it has raised border control, it has occasionally interrupted Schengen. So it is a tense issue.

Sputnik: How do you think this new prime minister coped with this immediate pressure so suddenly after taking his position? Do you think he's shown his strength of character straightaway really, hasn't he?

Anna Triandafyllidou: I think there was pressure not to cancel the meeting because there's a series of formal summits where Macron meets Conte and Macron meets Merkel, Merkel meets Junker. So I think that it is an axis of Germany, Italy, France and the European Commission. So the newly appointed prime minister of Italy could not remain outside this series of meetings. And if as you say, it's that Macron along with Merkel is taking a leadership role in Europe, and absence is never a good solution for a country. I think there was more at stake than just the […] affair and I think the Italian government realized that ok they made their point. It's a big story around Aquarius, which was really completely mediatic because at the same time Italy's accepting people who are coming, who are being saved, by its military ships and it was probably blown out of proportion.

© REUTERS / Tony Gentile/File Photo
Spain Accepts Aquarius Migrant Ship Amid Italy-France Dispute
I think Italy has a good system of reception, it's not a perfect one, but it is a good system and it is trying to improve it. But of course when you put 300 people in an abandoned hotel in a small town somewhere in the countryside, these 300 young black men are very visible so we have to take this into account. And I think in that sense of course the integration challenge is very different compared to the integration challenge of Syrian families and Afghan families in Germany, or in Austria, or in Sweden that we also have to admit. This time we see that there has to be a forward-looking solution on the asylum reform, we cannot just patch it, we cannot just make a small adjustment to the Dublin regulations and say 'ok', because that's what happened in 2013, there were already tensions, not so high, and they just did a small patch with the so-called recast directives, so improving the procedures for accepting and processing asylum claims. The political issue of the […] country and who is responsible remains and I think now has come to the fore.

Sputnik: Let me ask you regarding the migration crisis has also led to interior conflicts in countries and significantly Germany of course with very recent row over migrant policy shaking up Chancellor Angela Merkel's coalition, there's lots of things unresolved in that country. What are your thoughts on these changes happening in countries with an open door policy like Germany and Sweden?

Anna Triandafyllidou: I think we need to keep in mind that both Germany and Sweden have done their share like Austria. And if other countries had done their share like Belgium, the Netherlands, France, Spain and of course the Central Eastern European countries maybe we wouldn't even be talking about it because Germany has admitted about a million people. If France, which is an equally large and equally economically strong country, had admitted another million we wouldn't be here talking, it wouldn't be in the headlines.

So I think that needs to be said and with a few proportions the same, comparing Austria with Belgium or the Netherlands, Austria has admitted more than 200,000 people. Had Germany and the Netherlands admitted an equivalent number we wouldn't be here talking. I think that's an important to be said. At the same time I think also in Germany, I mean we've seen this in the talks with the government coalition this winter. What is really at stake is reform of the health system, reform of pensions, the changing character of employment relations that we are witnessing everywhere.