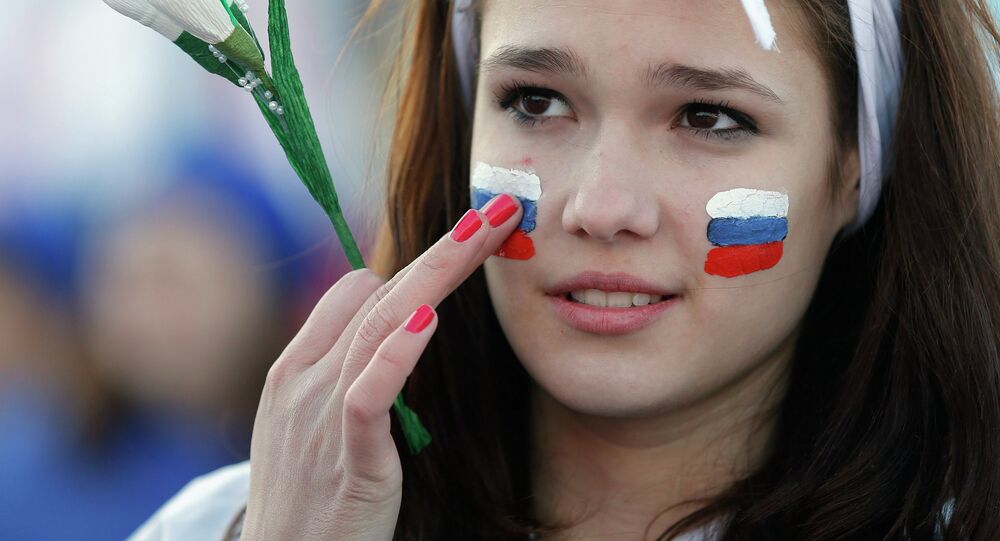 From 'Obama Did It' to 'Part of Russia': Evolution of Trump's Position on Crimea

President Trump's alleged (yet to be independently confirmed) statement hinting at his possible de facto recognition of Crimea being part of Russia has prompted a scramble by the media to try to determine whether he made the remark and what its implications are. Sputnik looks at the evolution of the president's position on this important issue.

Two diplomatic sources speaking to BuzzFeed News have said that Trump allegedly told leaders at last week's G7 summit that Crimea is part of Russia because most of its people speak Russian. The remarks come in the wake of the president's earlier suggestion that Moscow, which was forced out of the G8 over the 2014 Ukraine crisis and Crimea's return to Russia, should return to the format.

The White House has yet to comment on the report, and White House Press Secretary Sarah Huckabee Sanders said she wouldn't comment on "a private conversation I wasn't part of."

Buzzfeed reported Trump told G-7 leaders over dinner in Canada that Crimea is Russian because everyone who lives there speaks Russian.

“Not aware” of that remark and not going to comment on “a private conversation I wasn’t part of,” Sarah Sanders says. https://t.co/sFb9NCXpwL

'Obama Let Crimea Get Away'

Trump's sentiment comes on the heels of a response he gave to a reporter at the G7 summit about whether Crimea should be recognized as Russian.

"Well you know, you have to ask President Obama, because he was the one that let Crimea get away. That was during his administration. And he was the one that let Russia go and spend a lot of money on Crimea, because they've spent a lot of money on rebuilding it. I guess they have their submarine port there and such. But Crimea was let go during the Obama administration," Trump said.

Trump's comments blaming Obama prompted former Obama national security adviser Susan Rice to attack the president, calling his statement "disgraceful" and "outrageous" and suggesting that he doesn't "understand [that] Russia is our adversary."

'The People of Crimea Would Rather Be With Russia'

© AP Photo / Jesco Denzel
'Wouldn’t It Be Better If They Were Here': Trump Says G7 Leaders Spent 25% of Summit Talking About Russia
The recently reported remarks seem to resemble the sentiments Trump had expressed during his presidential campaign.

"You know the people of Crimea, from what I've heard, would rather be with Russia than where they were, and you have to look at that also," Trump said in an interview with ABC News in July 2016. "And frankly that part of the world is a mess, under Obama. With all the strength that you're talking about, and with all the power of NATO, and all of this, in the meantime [Putin] takes Crimea," he added.

In July 2015, Trump described the Crimean issue as a European problem. "[This] is Europe's problem much more than ours. Ok? And Europe isn't complaining as much as we are. … They're dealing with Russia, they're taking in the gas, they're taking in the oil. … And you know, were making a big deal out of it. But why isn't Germany leading this one?" he asked.

The Crimean Peninsula split off from Ukraine in March 2014 after holding a referendum following a nationalist coup d'état in Kiev in February of that year. Amid a voter turnout of over 80 percent, 96 percent of Crimea's residents opted to reunify with Russia, just over 60 years after it was handed over to the Ukrainian Soviet Socialist Republic by Nikita Khrushchev in February 1954.

© AFP 2021 / VIKTOR DRACHEV
People dance in celebration of the results of the referendum on Crimea's status in Sevastopol, March 16, 2014.