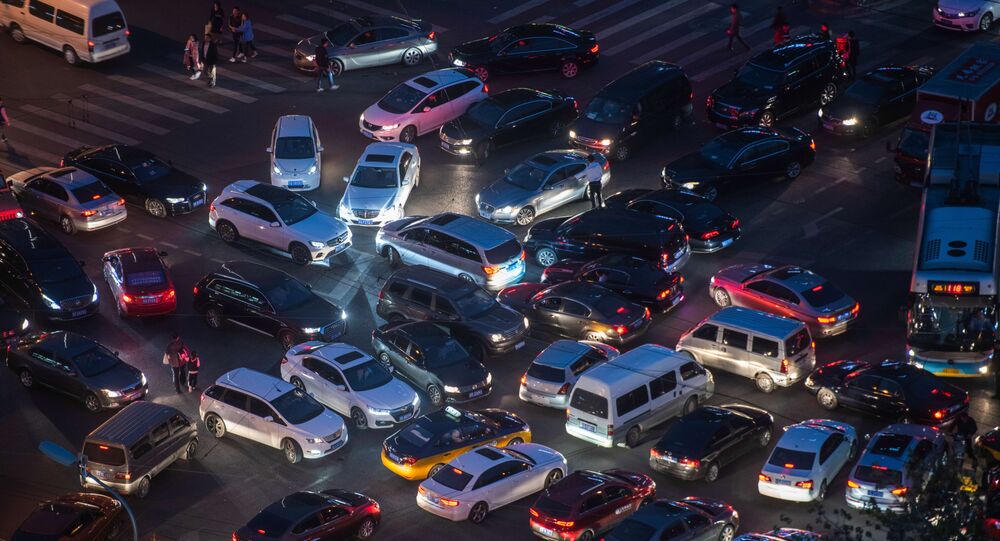 China is about to set in motion a national vehicle tracking program, the government's latest move to identify and monitor citizens for the sake of public safety. Sputnik spoke with an analyst from the CITIC Foundation for Reform and Development Studies to find out how the upcoming move will benefit drivers and authorities alike.

China’s government is working on a nationwide program to track its citizens on the road using an electronic identification system, The Wall Street Journal has reported, citing sources familiar with the situation.

The ambitious plan is about installing RFID (radio frequency identification) chips on the windshields of new cars in China. Roads throughout the country, in turn, will be fitted with RFID readers.

Although the program, which is due to start July 1 under the aegis of China’s Public Security Ministry, is meant to be voluntary for the first year, it will become a must for new cars starting in 2019.

Sputnik spoke with Zheng Tingying of the CITIC Foundation for Reform and Development Studies to learn more about the new system’s advantages.

According to the expert, RFID technology will substantially improve traffic control, provided that the reading devices are united into a single network. It will update both drivers and transport authorities on traffic jams and car accidents and thus will help them assess current traffic conditions.

This data, Zheng Tingying says, can be integrated with GPS navigation software such as Amap, Baidu and Tencent to map out the best routes.

© CC0 / Pixabay
Report: Bike-Sharing Helps Alleviate China's Traffic Congestion
Another point is that RFID tags are wireless, which means they can be scanned on the go, thus saving time for the driver. Moreover, Zheng Tingying praised the technology for its ability to operate in all weather, making the tags preferable to regular road cameras, which often fail to identify cars in poor weather conditions.

The car tracking system isn’t new to China. Trial programs have already been launched in the cities of Wuxi, Tianjin, and Beijing, starting in 2016.

In the US and Europe, RFID technology is already widely used on cars for automated toll booths and on commercial truck tires and retreads. However, China is expected to become the first nation to implement a nationwide monitoring program.

The introduction of RFID chips to track drivers is set to become the latest step in the government’s massive effort to monitor and identify its citizens.

© Photo : YouTube/热门视频
Dancing in the Smog: Chinese Women Twirl in Traffic Jam (VIDEO)
Private and public spaces in Chinese cities have been adorned with surveillance cameras which make use of facial recognition and artificial intelligence technology. The government plans to link them into a nationwide data-sharing platform named “Sharp Eyes.”

Another big concept being put in practice in China is the so-called “social credit system,” first announced in 2014 and set to become operational by 2020. It aims to monitor the behavior of Chinese citizens, including, for instance, their driving and shopping patterns. The initiative is meant to either benefit or punish people based on their “social credit.”

The views and opinions expressed in this article are those of the speaker and do not necessarily reflect Sputnik's opinion.