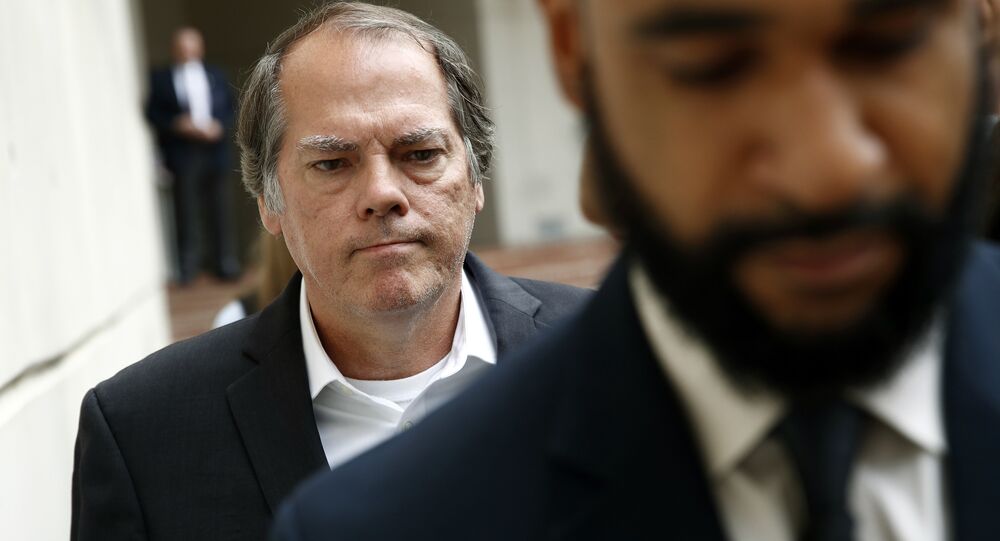 The recent indictment of former head of security for the Senate Intelligence Committee James Wolfe for allegedly lying to the FBI seems more than just a little suspicious, Jim Jatras, a former senior foreign policy adviser to the US Senate Republican leadership, told Sputnik.

Wolfe, who was arrested Thursday night at his Maryland home by officials, was indicted on three counts of making false statements to FBI agents in December 2017 regarding contacts with reporters. Though it doesn't say so explicitly, the indictment does suggest that the Wolfe investigation was launched after officials noticed classified information was being given to members of the press, NBC News reported.

Wolfe has not been charged with leaking classified information.

​Jatras told Radio Sputnik's Loud & Clear on Friday that Wolfe's indictment "strikes [him] as rather fishy."

"I look at when someone gets charged with making false statements to the FBI and it's likely the opposite of the case," Jatras told show host John Kiriakou. "When they don't have the goods on somebody or actual criminal behavior and they want to nail them on something, they get them for ‘lying to the FBI,' which in most cases I don't think they have."

"They've simply maybe gotten some facts wrong when they were being questioned by the agents," the political analyst pointed out.

It was also reported on Thursday that, aside from officials zeroing in on Wolfe, the US Justice Department also seized phone and email records belonging to New York Times journalist Ali Watkins as part of their investigation. According to reports, Watkins was approached by the FBI to discuss her three-year relationship with Wolfe to determine whether he'd given her any classified Senate documents.

Addressing the seizure of Watkins' records, Jatras noted that it was unclear whether this investigation would mean other journalists would see similar treatment.

"I don't know. It really gets down to the question of who is behind this decision," he told Kiriakou. "Has there been an ongoing investigation here? Into what? What are they really aiming at with this particular move? Whose motivations are behind it?"

"My instinct is to say this isn't coming from the top, because it's quite clear to me that the White House and the administration doesn't have an effective control over the machine of the law enforcement," Jatras said, again stressing the importance of finding the mastermind behind the probe.

Noting that the Trump administration is cracking down on leaks of classified information, Jatras concluded that he believes the investigation is more "of a political nature, not of a law enforcement nature."

Though Wolfe was released from custody on Friday, he is expected to show up at FBI headquarters on Monday for booking before appearing in court on Tuesday.