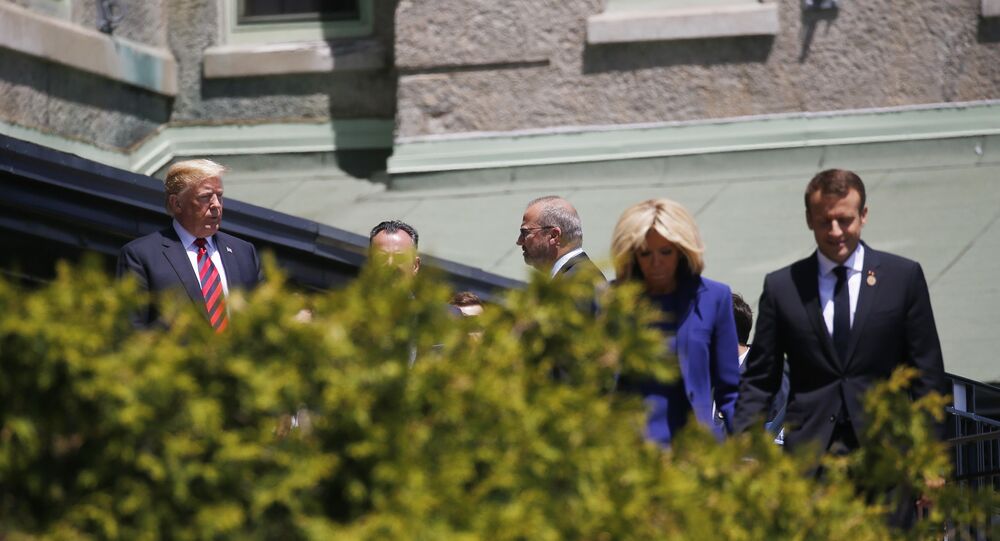 Quebec's ancient luxury hotel opened its doors on Friday to the G7 meeting comprising Canada, the US, Japan, the UK, Italy, France and Germany. Ian Lee, associate professor at the Sprott School of Business, Carleton University, Canada, has shared his views on how strikingly unique this year’s gathering is.

Sputnik: What is your take on the upcoming G7 summit and the general opposition the US is facing from other members?

Ian Lee: I do not recall a G7 being so fractious and so controversial, that is that I don’t recall a G7 where six countries were lined up in opposition to the United States, which has often been called over the last half-century the "leader of the free world."

This is very, very unusual territory that we see ourselves in, where, as I said, the other countries of G7, which are Canada and some of the major European countries, are so opposed to what President Trump is doing.

Sputnik: Looking back, just recently, Emmanuel Macron was in the US, he met with Donald Trump, and everybody was talking about the "bromance" [between them]; you know, it was such a lovely relationship. What happened?

Ian Lee: I wasn’t surprised. I thought that the relationship between the president of France and President Trump was rather tenuous; and I say that because I‘ve read every economic speech that President Trump has given since he became a candidate. The key message that’s been there in with Donald Trump from the very beginning is this enduring theme of trade. And that theme is held by a large number of Americans, especially working class and lower middle class people.

So there is a very strong view in the United States – it’s not the business class, it’s not the political class in Washington, but it is, I would say, a large number of working class, lower middle class, [who] are very suspicious of trade agreements and they are very suspicious of the trade relationship, because they believe the Canadians are taking advantage of them, the Germans, the Mexicans and the Chinese and so forth.

Sputnik: Who really gains from the trade surplus with China?