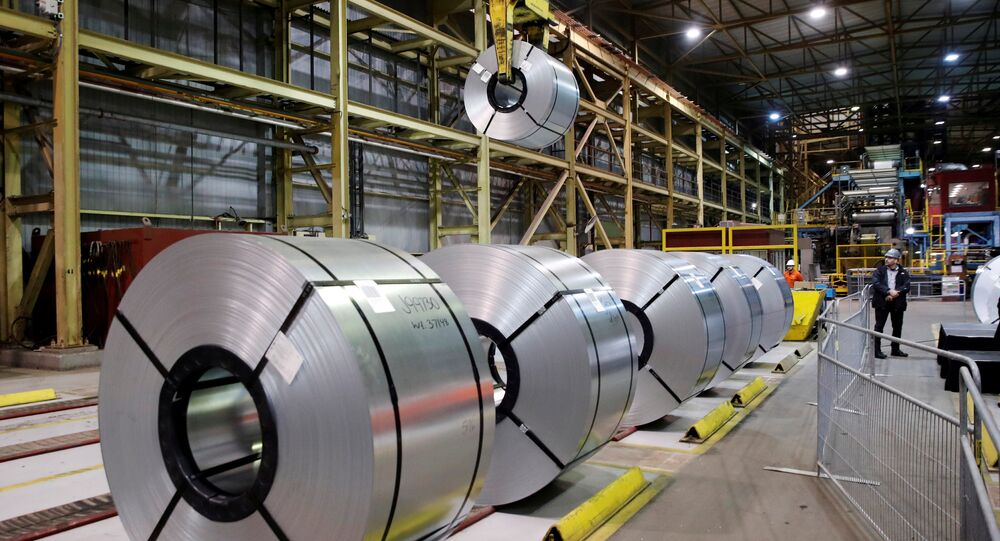 MOSCOW (Sputnik) - US tariffs on steel and aluminum imports from Europe, Canada and Mexico should not be considered as sanctions, but as a tool to solve internal economic difficulties, Eugen Schmidt, a member of the right-wing Alternative for Germany (AfD) party, told Sputnik on Thursday.

"Are the US tariffs against the European Union meant to be sanctioned? I think not really. Sanctions are introduced in order to put pressure on the leadership of the sanctioned country with the purpose of instigating certain decisions. In case of Europe and the United States, there has been no political ultimatum. The United States has some economic problems, and it is used to solving them at the expense of others," Schmidt said, commenting on Putin's remark.

Earlier in the day, Russian President Vladimir Putin said during the "Direct Line" Q&A session that the recent US decision on tariffs had been driven by the country's pragmatic national interests.

© AP Photo / Ted S. Warren
US Senators Urge Commerce Secretary to Reconsider Trump's Auto Tariffs – Letter
Schmidt noted that the new tariffs were intended to support US producers and that the measure contradicted free trade principles. Europe had to decide whether it agreed to "serve US economic prosperity," he added.

The statement referred to the US resolution to impose a 25 percent tariff on imported steel products and 10 percent tariff on imported aluminum products, announced in late March. The US government then granted temporary exemptions to the European Union, Canada and Mexico, which expired on June 1. Despite the numerous warnings from allies, US President Donald Trump decided to remove exemptions, citing the alleged national security threat posed by the import of these metals.

The views and opinions expressed by Eugen Schmidt are those of the contributor and do not necessarily reflect those of Sputnik.