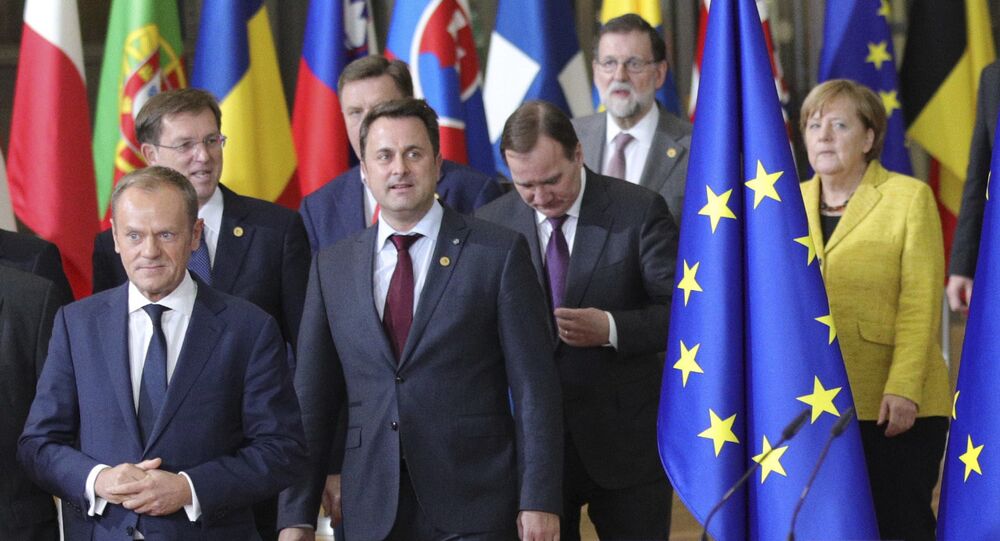 Russian President Vladimir Putin has delivered his annual Direct Line session with the country's citizens today. Dr. George Szamuely, political analyst and author of "Bombs for Peace: NATO's Humanitarian War on Yugoslavia," has shared his take on the widely covered event in an interview with Sputnik.

Dr. George Szamuely: Well, it’s always impressive to watch Putin at work, and his energy is phenomenal; when you think of other political leaders, they get exhausted after a couple of questions and after about 40 minutes. It’s just amazing to watch him for hour after hour fielding these questions. What strikes me is that the situation for Russia has really improved quietly dramatically in the last months or so; and you get a sense of this from his generally self-assured sanguine approach.

The United Front that has been facing him since 2014 when the sanctions were imposed on Russia after the restoration of Crimea to Russia, that United Front is really, well, crumbling, with the changing government in Italy (and Italy is one of the key EU powers), now with the new government in Austria – [there are] clearly very strong forces within Europe [capable of bringing] the sanctions to an end and [improving] relations with Russia.

And even Jean-Claude Juncker said recently himself that relations with Russia need to improve. What he was facing even just a few months ago, has now evaporated; and I think even the Skripals affair has really now redounded against the British government.

And now very few people believe the British story; it’s just more and more ludicrous, and the British government has pretty much closed down any discussion of the Skripal affair. So, after all the hysteria that the British raised with the meetings of the UN Security Council, all the expulsions of diplomats, the British have gone quiet. You get a sense of this from Putin’s approach; he feels confident, he feels that things are moving in Russia’s direction.

Sputnik: Do you really think that the world is really watching this question and answer session?

Dr. George Szamuely: People in Europe are becoming quite impressed with him; I mean, he is someone who is defending Russia’s interests. He doesn’t seek any kind of conflict or confrontation with anybody.

And I think that people are finding it interesting, and see in him a new kind of leader, a leader who believes in international cooperation, but whose main priority is his own country’s national self-interest.

Sputnik: How has this event been covered so far in Western media?

Dr. George Szamuely: I think the reactions will be coming in a little later. I imagine in the US, the response will be hostile: everything that President Putin does is treated with hostility; they disbelieve anything that he says.

The approach in Europe, as I said, is different. I think Europeans see him as quite an impressive world leader; and the Americans will, as usual, just rant and rave and call him names; this is what they have been doing for years on end; and there is no reason why they would stop [doing so].