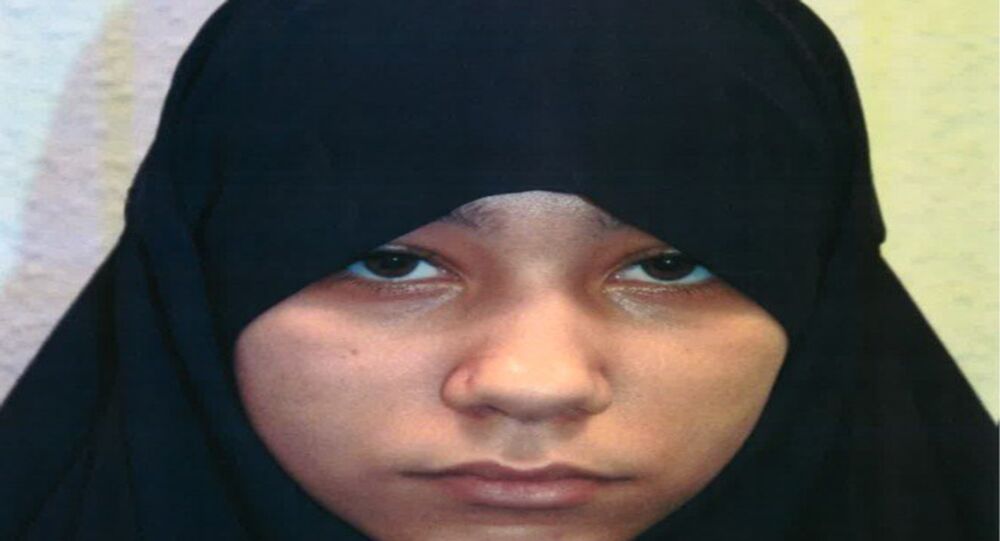 Safaa Boular, who was planning a grenade and gun attack on the British Museum, became UK's youngest convicted female terror plotter. She was found guilty of preparing acts of terrorism abroad and Britain.

Sputnik spoke with Prof Rohan Gunaratna, international terrorism expert and Head of the International Centre for Political Violence and Terrorism Research about this worrying trend.

Sputnik: How important could this case be in the fight against extremism?

Prof Rohan Gunaratna: IS [Daesh*] is increasingly recruiting from a younger age range. We have seen from Australia to North America to Europe cases where people from migrant and territorial communities IS has reached out to very young people up to 14 year old children. In Indonesia just a few weeks ago, we saw attacks where the entire family including small children took place in mounting suicide attacks. So it is essential for governments to take this into consideration and develop preventative programmes.

Sputnik: Is there a risk of further young people being radicalised?

Prof Rohan Gunaratna: Some children may be inspired by others that have joined and conducted attacks and be copycatting. There may be also another group of children that oppose what is happening. What is most essential is for governments to work with community organisations and with leaders, educational institutions to raise public awareness and expose that ISIS is not Islamic or a state and be mindful of their propaganda and by raising awareness you can build resilience.

Sputnik: Should there be more collaboration across the world of counter-terrorism units

Prof Rohan Gunaratna: The fight against terrorism in the European context is there’s very good sharing, there’s been a shift from counter-terrorism corporation to collaboration where there is common databases, joint training, joint operations sharing experience and resources. But what is now needed is there to be greater sharing especially in the Middle East, Asia and the Muslim countries. How some countries have succeeded in making their communities more resilient than others, while in others there is more recruitment and people willing to join these groups, across the world there must be more sharing of these practices.