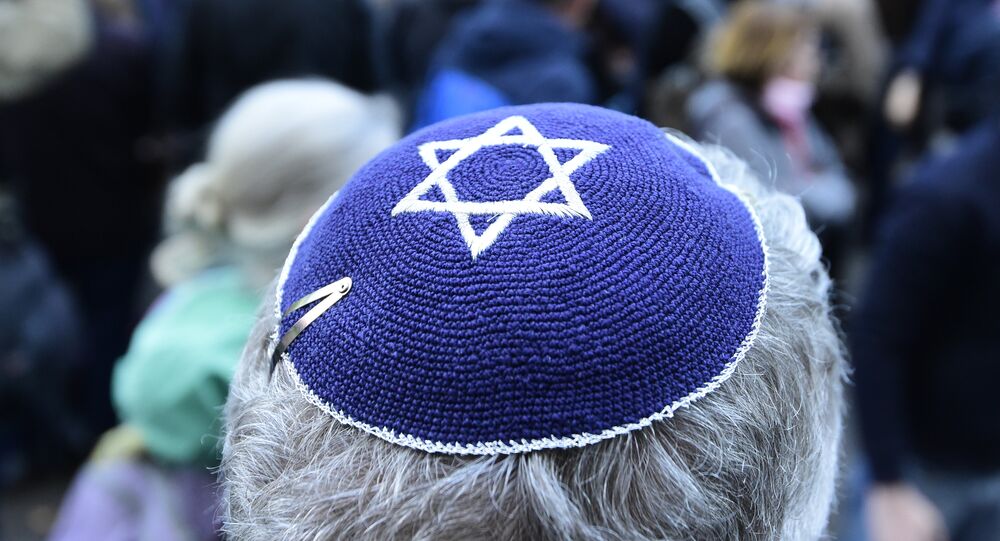 Germany’s State Office for the Protection of the Constitution has published an intelligence report referring to the BDS movement (Boycott, Divestment and Sanctions) as a "new variation of antisemitism."

In its report, the German intelligence agency singled out an anti-Israel group that supports BDS.  The agency quoted a text from the organization's website saying that "the Israeli economy is very dependent on exports… and therefore, as active help for the Palestinian freedom struggle, one should avoid Israeli products when shopping in local supermarkets and all products manufactured by foreign companies that invest in Israel." Sputnik spoke with professor Gerald M Steinberg, president of the Institute for NGO Research in Jerusalem, for more insight on the issue.

Sputnik: How big of a step is the labeling of the BDS movement as a new variation of antisemitism?

Gerald M. Steinberg: Defining BDS and singling out Israel in a discriminatory manner as antisemitism is not new. However, this recognition is new for Germany and most of Europe. As a result, BDS campaigners and their supporters are being forced to justify their attacks.

Sputnik: What could be the consequences of labeling BDS as anti-Semitic for German entities involved in supporting the movement?

Gerald M. Steinberg: In a number of cases, German BDS groups and their Palestinian allies have already been forced to close their bank accounts.

This assessment and labeling BDS as antisemitic adds to the recognition that boycotts of Israel are not "normal" politics, but a dangerous form of extremism.  As a result, the German government will now also be required to stop funds that go from church aid groups such as Brot fur die Welt and Misereor to BDS activities.

Sputnik: A recent survey revealed that among Europeans Germans are most opposed to having Jewish family members. How could antisemitism in Germany be accounted for especially taking into account the sensitivity of this topic in the country?

Gerald M. Steinberg: I am not familiar with this survey.

The Nazi legacy requires Germans to never be involved in the demonization of Israel, and this includes BDS. In recent years, far left radical European movements involved in BDS allied with Islamists and in some cases terror groups have gained support in Germany. Although ignored by political officials until now, this report highlights the dangers.

Sputnik: What could be proposed to eliminate this sentiment in Germany?

Gerald M. Steinberg: Responsible German political leaders from all parties, as well as academics, influential journalists, religious leaders and others should isolate antisemitic voices in all forms. This will require consistent efforts.

The views and opinions expressed by Prof. Gerald M. Steinberg are those of the speaker and do not necessarily reflect those of Sputnik.

US Politician Accused of Antisemitism for Her Views on Israel