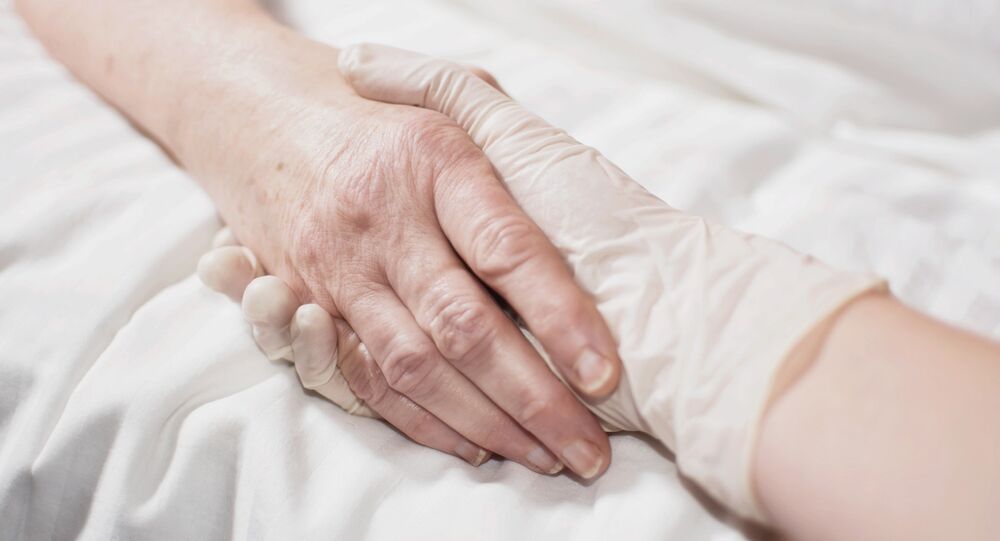 Portugal’s parliament has rejected four bills to legalize euthanasia by a narrow margin. Following a heated debate, half of the nation's lawmakers voted against the motion, while four members of the parliament abstained from the vote.

Sputnik discussed the issue of euthanasia and assisted suicide with Wesley Smith, an author and a senior fellow at the Discovery Institute's Center on Human Exceptionalism.

Sputnik: What is your take on euthanasia and assisted suicide? How justified is this practice?

Wesley Smith: I've been opposing assisted suicide and euthanasia for 20 years. I see it as a form of abandonment, when you have somebody who is suffering. To say to them: "Yes, the way to eliminate suffering is to eliminate the stuffer," is to confirm the person‘s worst fears that they are a burden, that they will be less worthy of being loved if they continue to survive, and it's almost a declaration of no confidence in medicine. On the one hand, the euthanasia movement is saying we can't trust doctors to make us comfortable and to alleviate our symptoms. On the other hand, we're saying we should allow those same doctors to kill us or prescribe lethal drugs so that they we can kill ourselves. It turns thousands of years of medical ethics on its head.

© CC0
Woman Goes on Trial for 'Murder' After Acid Attack Victim Opts for Euthanasia
Sputnik: On the other hand people also say the need for euthanasia is for people who are suffering from pain but, surely, in our day and age, there's medication that can take away the pain and let people avoid suffering that much?

Wesley Smith: You know it's ironic that 150-100 years ago, when people actually did die in agony — if you had bone cancer 150 years ago you died in agony, if you had a burst appendix 150 years ago you died in agony — there was no discussion of so-called death with dignity or euthanasia. Yet today, when we do have a tremendous potential to alleviate pain and suffering, suddenly we're talking about death with dignity as if somebody dying a natural death is not [dying] a dignified death.

It really is an odd circumstance we find ourselves in, and I think the answer is to increase our involvement with people. A lot of people say that the only way to prevent pain that can't be alleviated is to have legalized euthanasia as a safety belt, but the laws don't require that. The laws basically say that depending on the circumstance, in the United States it's usually somebody who's terminally ill, but in other countries like Canada, Belgium, Netherlands, Switzerland, you don't have to be terminally ill; it basically says that if the patient feels that their suffering can't be alleviated [euthanasia is an option], not that the suffering can't actually be alleviated. So in essence if the person finds themselves in the category which permits euthanasia, whether or not they can have their suffering treated doesn't matter, it becomes almost a death on demand circumstance.

Sputnik: Of course, in modern day society, aside from people who are terminally ill or suffering, or in pain, there are a lot of people who are suffering from depression and on the spur of the moment they might think that: "I'm done with life." What do you do, allow them to take their own life?

Wesley Smith: That would be the logic and the same thing is true of people who might have a terminal illness, or people who are disabled and so forth. What is actually being preached here is that the state should give its stamp of approval to some suicide. Now nobody in the euthanasia movement thinks that a teenager who is going through a broken romance, just as an example, and becomes suicidal should be given help or suicide, and they would say yes, of course, the teenager or young adult, or a mother, whose child was hit by a car should be given suicide prevention.

But then they turn around and say that a person with cancer shouldn't be given suicide prevention if they want to kill themselves. Well of course they should, there's plenty of people who, when they receive a dire prognosis become suicidal and depressed, and if they're given the proper interventions weeks and months later are very happy to be alive. If we say we're going to prevent some suicide but facilitate other suicides, what we're actually doing is saying that some lives have greater benefit and are more worthy of being lived than others, and that leads inherently to inequality, and that should be resisted at every turn.