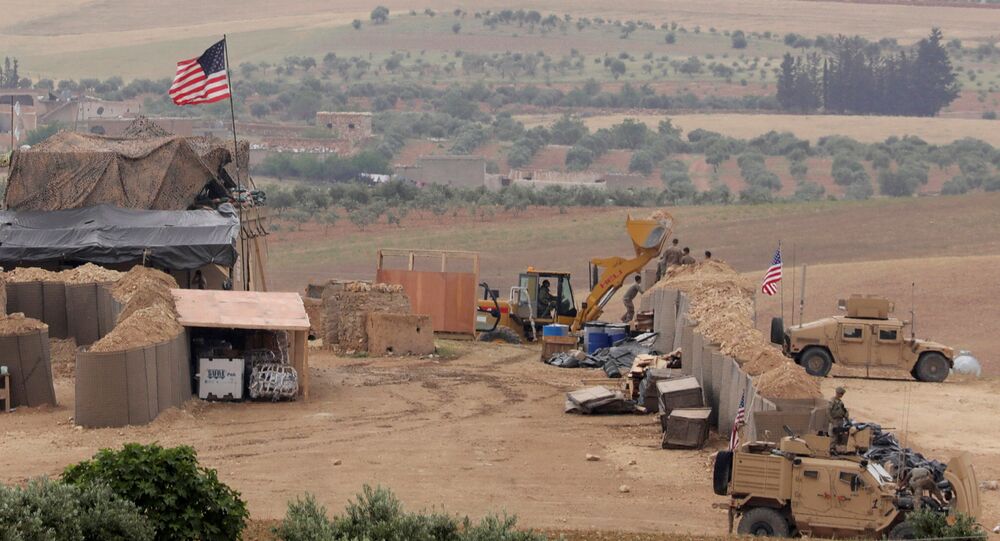 A consensus has been reached by the US-Turkish working group regarding a roadmap to cooperate on security in Manbij. Now the US and Turkish foreign ministers must approve the group's recommendations. Sputnik discussed the issue with Dr. Huseyin Bagci, the chair of the international relations department at Ankara's Middle East Technical University.

Although the working group, formed after Cavusoglu and then-US Secretary of State Rex Tillerson met in February 2018, came up with a roadmap to solve security concerns over the US-supported Kurdish stronghold of Manbij, the group's recommendations still need to be reviewed by the US and Turkish foreign ministers. Huseyin Bagci considers that the upcoming meeting between the two ministers on June 4 may result in a breakthrough on the matter.

"At the moment Turkey and [the US] could talk about Manbij; [it] is important for Turkey, because Manbij is the basic hold of the northern Syrian Kurds, which [are] related to PKK [Worker's Party of Kurdistan]. From this perspective the Americans and the Turks have no treaty, but an understanding about this topic," he said

The scholar also noted that the fact that the US and Turkey are holding talks after multiple mutual accusations is "very important."

Bagci stressed the fact that the negotiations might have been fruitful due to the upcoming snap elections in Turkey. According to the scholar, poll results show that the victory of Erdogan and his party is not a given fact, but that the opposition is strong in this year's elections. Thus, Turkish policy past June 24 can't be predicted, Bagci concludes.

Commenting on the upcoming snap elections, Bagci noted that the current Turkish government's chance to succeed equals 50% and that a second round of presidential elections is quite possible, according to polls.

The scholar added that Erdogan's government might use warming relations with the US as a useful tool to improve its result in the elections.

"The Turkish government will definitely indicate and use it for the domestic conception that the Turkish-American relations are improving and that the Americans are ready to talk, etc. […] It creates a positive atmosphere for the president and for the government, of course," Bagci said.

Turkey has slammed on multiple occasions the US support for Kurdish forces in Manbij, tied (according to Ankara) with the PKK, which is considered to be a terrorist organization in Turkey. After capturing the Syrian city of Afrin as a part of the Olive Branch military operation, Erdogan threatened to broaden the operation's area to Manbij and Idlib.