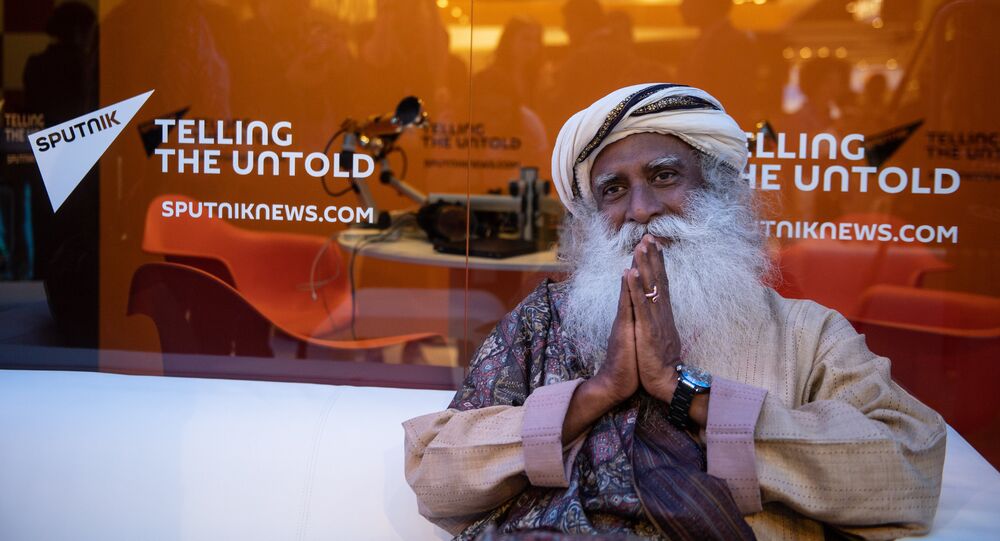 In light of the St. Petersburg International Economic Forum (SPIEF), a major global platform for communication between business representatives as well as the discussion of key economic issues, Sputnik spoke to a famed Indian yogi, mystic and New York Times bestselling author, Sadhguru.

The author of “Inner Engineering” has shared his impressions from the International Economic Forum, traditionally held in St. Petersburg, with Sputnik, praising the “electric” atmosphere.

Speaking about the most significant and interesting issues at the event, Sadhguru outlined the need to change the perception of Russia in the world by attracting more international media.

“Russia as a nation and its people, in the last century, have gone through upheavals and upheavals. So, just now you’re recovering in a way that is more acceptable to the whole world. That’s why international media should be here; you must project yourself right now, the perception of Russia must change in the world. Most of your problems are perceptional, in my opinion, because people don’t see Russia as a forward-looking nation.”

How technology affects our lives, and what should we do to find inner balance? A very unusual interview, and really good advice for all of you guys in @SputnikInt audience. I just talked to Sadhguru, is an Indian yogi, mystic and author here at @spief about all these issues. pic.twitter.com/KyrkZ3uXNN

The yoga guru went on to say that it’s not only the economic well-being that modern society needs to invest in, but also human well-being.

According to him, Eastern societies used to invest “heavily” in inner well-being, but everything changed due to growing Western influence.

“It is once again time that we bring it back, because still there are a lot of people denied fundamental things, but more people have more than they ever had in the history of humanity. But though they are well on the outside, they are not truly well within themselves simply because we are not investing in the inner well-being of the human-being,” Sadhguru emphasized, while at the same time noting that “moving an individual or a society, or a nation from poverty to affluence is a very expensive and hard process.”

Sadhguru on technology during our interview: "What kind of laptop you use? Dell? You see, you're a Russian and you have learned to use an American laptop, which makes your life better". I really enjoyed doing this interview. We talked more about inner balance, digital world etc. pic.twitter.com/4zyZ9dzE7K

Sadhguru elaborated that there was a fundamental thing that he tried to change in the world, namely the need to use science and technology for the internal well-being, just like for the external one. He claimed that while books and talks could serve as inspiration, people have to learn to manage their own system themselves.