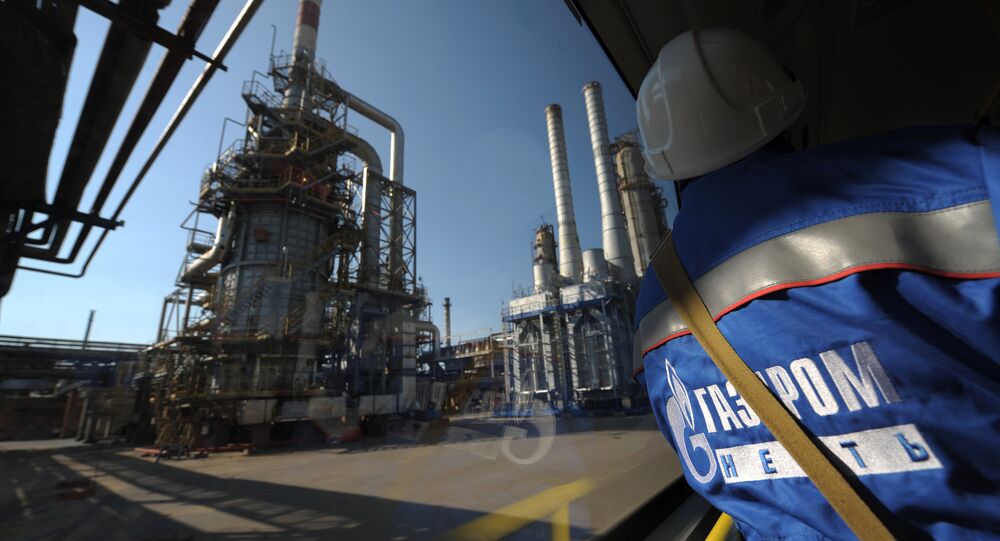 On the sidelines of Russia's SPIEF in St. Petersburg, Sputnik spoke to Secretary General of the World Energy Council, Christoph Frei about the prospects of energy sector's digitalization.

Sputnik: One of the key topics here in St. Petersburg Forum this year is digitalization. You took part in discussions and you’ll be taking part in further discussions on the topic. How does it change the energy sector? How exactly, what can we expect?

Christoph Frei: First of all, the change in the energy sector at the moment is massive. We call it a grand transition and it’s driven by three top drivers. The first is obviously de-carbonization, the whole how can we lower the emissions. The second driver is this innovation dynamic that comes from electrification of final demand. Think of immobility; think of many more things that we do with electricity and this electrification is supported by digitalization and decentralization. And the third driver is the resilience piece. But the digitalization is really at the center of many of those efforts.

Now I can give you examples if you’re interested. I can give you examples of what the digitalization can mean. First of all, one example, just think of your fridge. Your fridge consumes 100 watts. Now in a country of 70 million people you have probably 40 million households. Forty million times 100 watts that’s four gigawatts. Four gigawatts in a place where you have a peak capacity, and that would be typically the case of Germany, of say 86 gigawatts – that’s five percent of installed capacity. And if you can move around all fridge consumption to a consumer at a different moment then you have like gained a 5 percent peak capacity battery. And digitalization can help us to do so.

Sputnik: How’s it being done? Is it through internet of things; is it through the smarter devices?

Christoph Frei: There’s a lot of new words – platforms. There is the internet of things; there is the blockchain … approach. So all of these new technologies play an important role in the development of those solutions.

Sputnik: How much of change can digitalization bring to Russia and the Russian economy?

Christoph Frei: Well, first, if I’ve mentioned the example of the batteries. What this does is obviously it replaces the need for capital by need or by use of digits, so you can save capital.

A second example is you can by predictive maintenance make systems so much more resilient. So you have a much stronger system in play through digitalization. And you can also think of access digitalization by involving the household more. So it gives much more possibility for the households to decide on what type of service is needed. So those are the types of examples that will also in Russia make a big difference.

Sputnik: You mentioned blockchain as one of the technologies. What are the applications of blockchain in energy? Can it be used as part of the grid, of the electric grid, power grid?

Christoph Frei: So one of the organizations I work with, the Energy Web Foundation, is blockchain focused. We have worked with 30 [utility companies] and they have helped us identify their priority applications. So one application is what we refer to as a certificate of origin. A certificate of origin is basically if you want to exactly know where your energy comes from, for instance, from renewable, from solar, from wind.

Blockchain can make sure that you can exactly trace the transaction and therefore give you the guarantee that this is truly the origin. That’s one example. The second example is if your fridge wants to become a trader in the system – this is only possible if there’s low transaction costs for the fridge actually to do that.

And if you can automate that transaction and again blockchain can, with smart contracts, self-execute at very low transaction costs and so becomes a player in the system. Second example, we call it the internet of things in energy. And the third perhaps example is almost banal: if you have a lot of micro transactions, somebody has to keep track of them for the billing to work. And obviously that’s the other example, billing making simple accounting simpler for company’s utilities whenever. So those are three examples.

Sputnik: So we know that consumers in Europe, for example, already sell the excess of their solar energy back to the grid, back to the city, back to the power grid and electric companies. Can we say that blockchain will allow them to skip the bureaucracy and let their fridge do the work, right?

Christoph Frei: We’re still a few steps away from that, let’s be very clear. The technology is getting there, we have the technology almost – the regulation is not there, regulation doesn’t today allow you as a consumer to trade with your neighbor in most countries. There’re early stages in some countries to look at that but we’re still far away.

Sputnik: In your opinion, having taken part in previous St. Petersburg forums, how much attention from foreigners is there for this year’s event? Do you see more CEOs, more companies taking part or is it kind of the same?

Christoph Frei: In the sessions I’ve so far attended it looks like very strong international participation. I don’t have an overview in such a big event, it’s difficult to get an overview but in those sessions that I’m involved you have an amazing participation, very strong perspectives at the table and fascinating discussions.

Views and opinions expressed in this article are those of Christoph Frei and do not necessarily reflect those of Sputnik.