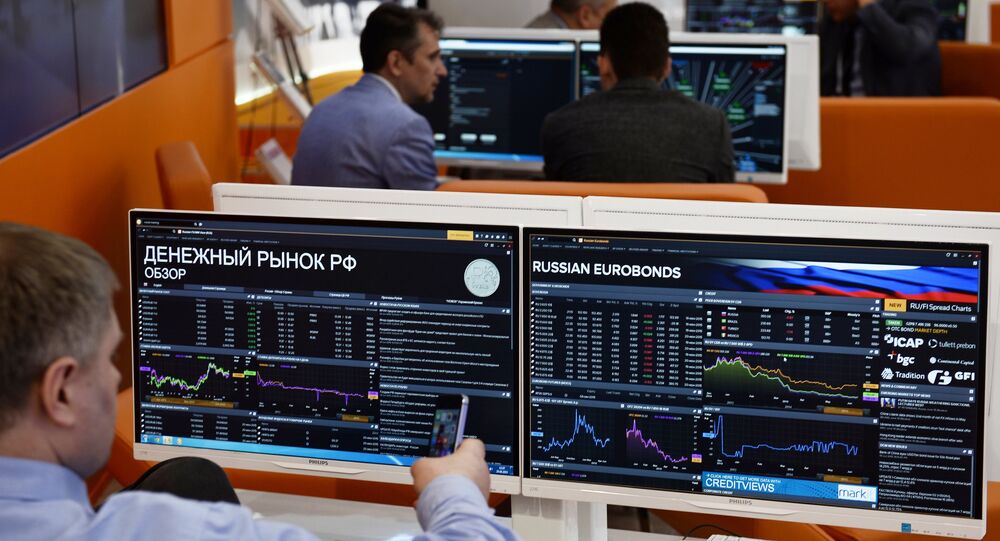 And I think it’s also very important how they manage their business so how can they use their technologies to create more efficiency in the middle and back office. So it’s probably the biggest topic right now in our practice globally with working with our clients.

Sputnik: What are the areas of expertise for use in banking and securities? It seems that in recent years with the introduction of cryptocurrencies the face of the global banking system has been changing drastically. Do you think there’s big potential for new approaches in banking such as peer-to-peer lending, crowdfunding?

I think what’s happening is collaboration is happening between the big established players and the up-and-coming players who have innovative ideas and new business models. So what actually is really happening now is they are starting to work together which I think is really positive. For many years the talk was all about the death of the banks and the fin-techs taking over the banks and I think what’s starting to happen now is that they’re realizing that they both bring things to the table, that being successful in financial services requires innovation, requires new ways of thinking which fin-techs bring to the table.

But it also requires big customers, infrastructure, regulatory approval which the established players have. And so to me I think the market is changing dramatically and it’s changing through collaboration but I think we’re seeing very significant changes. The other big change is platforms, you think about the big technology players like the Facebook, the Ali Baba's or the Wechat 10Cent, of the world and how they are going to play in the financial services as well.

So I think the technology companies with the fin-techs with the established players the three of them working together are really dramatically changing the industry and are going to change it for the coming years.

Sputnik: In terms of geography do you see that these changes the revolution in financial services and banking what’s the geography of this?

Bob Contri: It’s interesting because I said that there are two things that have led some markets to move more quickly than others. Some have been whether or not they have established infrastructure.

The example that’s commonly used is Kenya where basically 85% of their banking transactions and their market place are now digital or electronic. That was because they didn’t have an established existing infrastructure. So that’s one of the big drivers if you have established infrastructure and you have established client bases and middle markets that are used to using technology it’s harder to get adoption. The other is regulation.

I mean, I think in some markets the regulatory requirements make it harder to move quickly to new environments. I would say that there are certain regulators like in Asia, in Singapore and Hong-Kong places like that where the regulators have taken a very progressive stance to become part of the conversation with the innovators and with the banks to really drive innovation. And I think that’s helped accelerate innovation in some of those markets while I think in some of the Western markets the regulators have not been as aggressive and getting involved in conversation and that’s probably slowed things down a little bit.

So I think it’s really a function of the establishment of the existing infrastructure and the position that the regulators are taking. Clearly there are markets in Asia and I would say in Africa where this adoption has been much more quicker than it has been in other markets throughout the world.

Sputnik: Do you think Russia has potential for developing all things digital when it comes to banking and financial services and what kind of potential?

Bob Contri: Yes I think Russia has a lot of potential. You know we did a study in Deloitte where we looked at the fin-tech investment environment across all of Europe about six months ago. And Russia was one of the countries at the top of our category with leaders, digital leaders.

It was one of the countries that was one of the leaders from a perspective of having a very robust fin-tech environment. You obviously have a lot of entrepreneurialism here, you have a lot of very smart, you have a legacy, very smart entrepreneurial engineering type people so I think there’s a very significant opportunity to use fin-tech here in a way to really bring the financial services marketplace forward.

I think the banks to a large extent are embracing it so I think there’s a very significant opportunity to leverage fin-tech in the Russian market and I’d be surprised if Russia didn’t continue to be one of the leaders.

Sputnik: What about Russo-US business relations? This year we see a different approach, it seems to be a different approach from the US authorities, the US ambassador Jon M. Huntsman actually from what I’ve heard encouraged American businessmen and business leaders to attend. What kind of atmosphere is here between Russian and American entrepreneurs?

So it’s hard for me to comment on probably the relationships and business between America and Russia. There are a lot of complex geopolitical considerations but from our perspective it’s a very important marketplace and I think we’re certainly very interested in continued investment here and it’s an important market for us going forward.

Views and opinions expressed in this article are those of Bob Contri and do not necessarily reflect those of Sputnik.