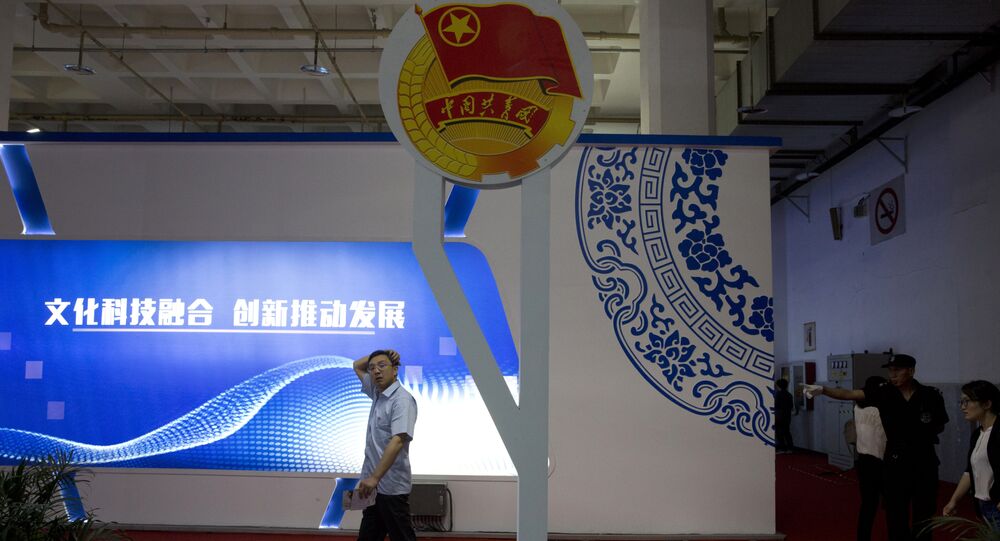 Speaking to Sputnik on the sidelines of the ongoing 2018 St. Petersburg International Economic Forum, Chinese businessmen specifically underscored the importance of boosting economic ties between Moscow and Beijing.

The International Economic Forum (SPIEF 2018) kicked off in Russia's second largest city of Saint Petersburg on Thursday, in a three-day annual event that brings together business representatives, top politicians and leaders from all over the world.

In an interview with Sputnik on the margins of the SPIEF 2018, Xu Xitao, a chief economist and partner of the Deloitte consulting network in China, touched upon US-China trade contradictions, which he said can be viewed as a "war" that may lead to "a kind of new normalcy or a new reality."

"There are several reasons [for this]. [The] first one is the fact that the two countries have different economic cycles, with the US's economic pace expected to be further accelerated," Xu said.

Another reason is that China and the United States have completely different ideas about the trade balance deficit, according to him.

"The US claims that Beijing clinches unfair trade deals, while China insists that it is only part of the supply chain in a complex global market. All this results in the ongoing trade frictions between China and the US," Xu pointed out.

Last week, US Treasury Secretary Steven Mnuchin said that Washington and Beijing have officially put their trade war "on hold" after the two sides managed to achieve an agreement on balancing bilateral trade. The statement came following recent tensions between the two countries, which escalated after President Donald Trump threatened to slap hefty tariffs on Chinese exports to the United States.

Dwelling on the position of the US dollar, he said that it "currently dominates the world, and neither the euro nor the yen can challenge the US currency."

"The main reason is that the US capital market cannot be replaced by other countries [such as Japan, Germany and France]. In the future, China will continue to make progress in financial reforms, but it will be a rather long process. So it's too early to say that the dollar has lost its status," Xu concluded.

Meanwhile, Sun Jiangkang, vice-president of China's COSCO Shipping Corporation, told Sputnik on the SPIEF 2018 sidelines that China should develop logistical cooperation with Russia which he said "has great prospects."

"We hope to increase our investments in Russia's logistics infrastructure, including in the construction of ports, railways and other infrastructure facilities," Sun said, praising the Russian government's efforts to improve what he described as a "quite good business environment."

He expressed hope that his company would have "more opportunities for doing business in Russia in the future."

For his part, Zeng Jianzhong, chief executive of China's Zhejiang Sirius Semiconductor company, touted its deal with Russia's Angstrem-M, signed within the SPIEF-2018 framework as an agreement that he said would help the Chinese and Russian sides boost business relations in the military sector.

"The Russian company's production capabilities can be applied in various fields, including the military aerospace industry, something that is yet to be achieved by Chinese enterprises," Zeng noted.