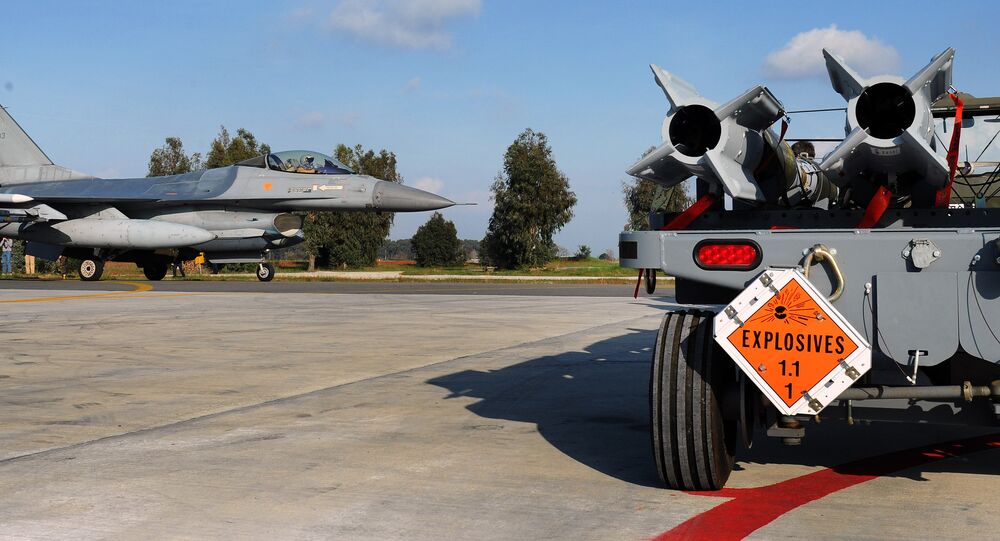 Commenting on reports about the US military's plans to use Greek bases to store its nuclear weapons, retired Turkish Air Force General Erdogan Karakus told Sputnik that all this reflects Athens' push to develop its ties with Washington.

Erdogan Karakus, a retired lieutenant-general of the Turkish Air Force, said that "against the background of the events in the Eastern Mediterranean and tensions in Turkish-Greek relations, Athens is seeking to render every support to NATO."

"The goal is to obtain Washington's support, something that was confirmed by a [recent visit] by a NATO official to Greece's Araxos Air Base," Karakuus said.

Recalling the "confrontation of US and Russian interests in the Eastern Mediterranean region," he noted that Washington cannot rely on Turkey in this confrontation.

"While Greece is making efforts to use America's support against Turkey when it comes to the issues related to Cyprus and the Aegean Islands, the US, in turn, is seeking to derive maximum benefit from this situation. So it is safe to say that the NATO official's visit to Araxos is sort of Washington's warning to Ankara," Karakus pointed out.

READ MORE: 'I Know US Military Took Kids From Large Number of Families in Incirlik' – Local

He also recalled that Albania is currently making efforts to join the EU and NATO, with the US trying to gain control over part of its sea and air space in an apparent bid to create an exclusive economic zone in the area.

"The US is considering Araxos exactly through this prism. So on the one hand, Greece is trying to win the US' support and on the other – Washington makes Athens take steps that meet US interests in the region," Karakus concluded.

Last week, the Greek media reported that the director of the NATO Nuclear Policy, Fred Frederickson, visited Greece's Araxos air base in the Peloponnese, where the sites suitable for storing nuclear weapons are located.

The visit came amid reports about a possible relocation of US nuclear warheads from Turkey's İncirlik base to Greece.

Similar speculations have emerged amid deteriorating relations between Washington and Ankara in the wake of the 2016 failed coup attempt in Turkey, when access to the Incirlik base was temporarily blocked due to Ankara's fears that some US servicemen might be involved in the coup.

Turkish Deputy Prime Minister Bekir Bozdag, meanwhile, refuted media reports about US intentions to withdraw its troops from Incirlik where US nuclear-capable bombers are currently deployed.

© Flickr / U.S. Department of Defense
What the US Can Do if Turkey Kicks It Out of Incirlik Airbase
Separately, Washington called on Ankara in March to ease its position and activities in the Aegean Sea after Turkish Coast Guard vessels entered Greek territorial waters near the disputed Imia islets in the southeast Aegean and were closely monitored by the Greek navy and coast guard.

Tensions between Ankara and Athens flared up in January when a Greek court refused to extradite several Turkish servicemen, whom Ankara suspected of being linked to the July 2016 coup attempt.

The views and opinions expressed by Erdogan Karakus are those of the analyst and do not necessarily reflect those of Sputnik.