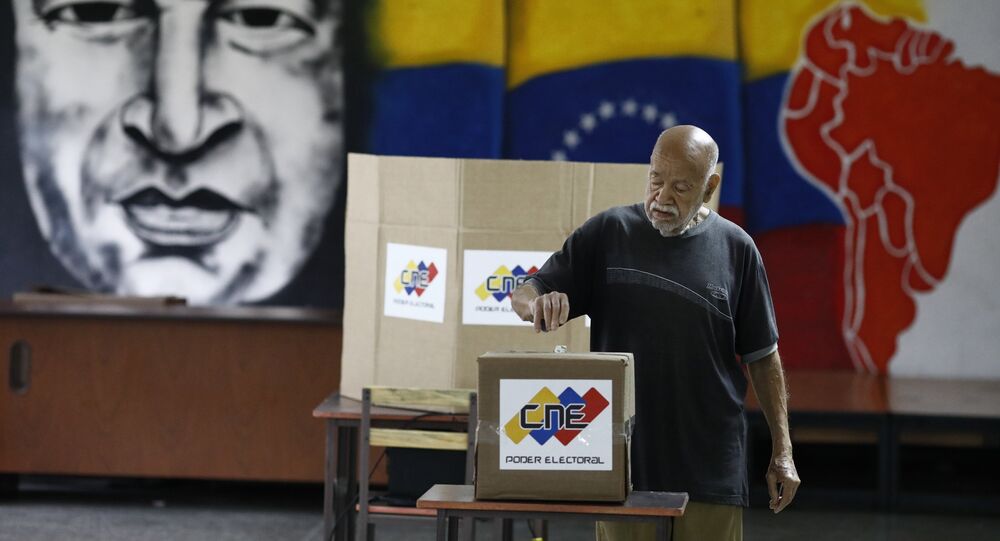 Julio Chavez, Vice President of the Unified Socialist Party of Venezuela (PSUV) for the states of Táchira and Mérida, told Sputnik that recent vote showed that respect for the Venezuelan people’s will is guaranteed.

Venezuelan President Nicolas Maduro was re-elected with 6,190,612 votes, that’s 68% of the total votes. According to the National Electoral Council, it’s a 47 points advantage over Maduro’s rival.

The voter turnout was 46%. The Simon Bolivar Patriotic Pole forecast the voter turnout to be 60% minimum. "Undoubtedly, the May 20 election will be recorded in history as an important milestone of democratic consolidation in our country" – the official said.

© REUTERS / Marco Bello
Lima Group to Consider New Measures Targeting Venezuela
Chávez stressed that no country in recent years has been subjected to such brutal aggression against the economy as Venezuelan and that no other country has been the center of international attacks with calls to ignore the election outcome. Despite all these factors, the victory of Maduro's party reveals a great defeat of the opposition and the great capital, Chávez added.

Meanwhile, Chávez explained that the lower voter turnout is due to the transport system problems, which "prevented the mobilization of a greater number of voters".

In addition, Chávez indicated that the campaigns against the official authorities were defeated by the people that despite being subjected to a brutal and criminal aggression, voted for peace and democracy.