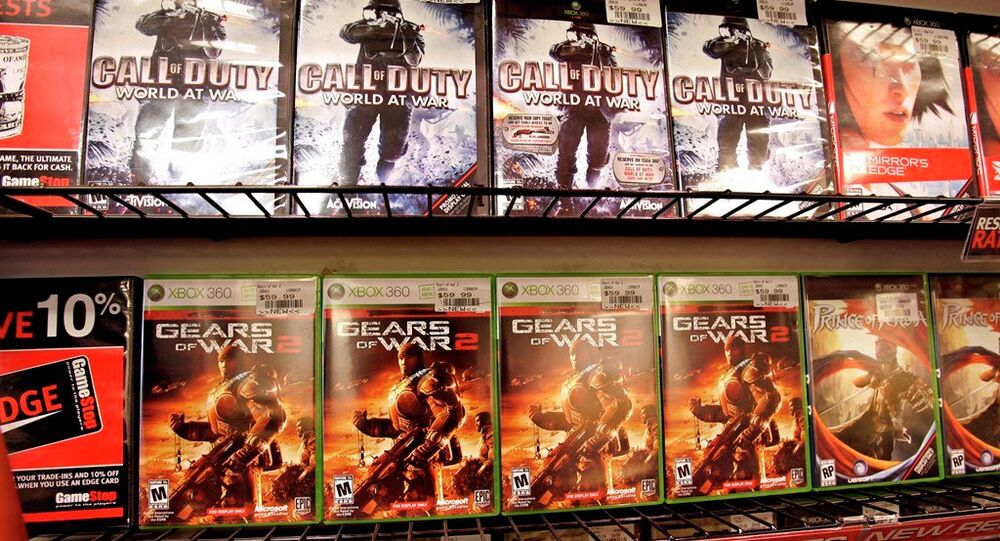 More children were killed in US schools in 2018 than active US military service members. The Washington Post reported, citing the US Defense Department, that the total number of student shooting deaths in schools exceeds all US military casualties.

Twenty-nine people died in 16 shooting incidents in US schools this year, as opposed to 13 US service member deaths. Sputnik talked about the increase in school shootings in the US this year with Greg Shaffer, a former FBI officer, president of the Shaffer Security Group and one of the leading US policy experts in the prevention of domestic terrorism and active shooter events.

Sputnik: What do you think is the reason behind the increase in school shootings this year?

Greg Shaffer: Well that’s quite the loaded question; if I could answer that distinctly I’d be on every news cast in America. A lot of it has to do with social media, a lot of it has to do with the psychology of the shooters and the fact that they’re looking for notoriety, for their 15 minutes of fame, a lot of these are copycat shooters, as well like to call it; but at the root of it, it’s a cultural issue and it would take longer than this program to understand some of the cultural issues that have a huge impact on the rise of violence in our schools.

You have to remember that the number of homes percentage-wise that have weapons in America has not changed over the last several decades, but obviously the violence in schools has increased. So what is it culturally that has happened that has made these kids more violent? The American Medical Association has empirical data that shows that violent movies, violent video games are a big issue, resulting in this increase of violence.

We have kids being raised by daycares instead of a parent in the house, we have overmedication of antidepressants and ADHD medications. I’m not saying that this is the answer, but it’s a multifaceted problem which has multifaceted solutions, and we have to start looking at the root cause as well as the response.

Sputnik: You've mentioned a lot of things such as violent video games and they’ve been around for quite some time. I know it all started with Pac-Man back in the 80s and 90s, but yes, they have gotten better, they have become more realistic, but do you really think it’s the television? Violent movies have been around for ages and we didn't hear about school shootings this often.

Greg Shaffer: Well if you really take a look at it these violent video games have only been around for 20 years or so and that's when active shooters in school actually started to happen. I’m not saying it’s the answer, don’t get me wrong, there’s a multitude of cultural and physical reasons why there’s an increase of violence in our schools. It wasn’t happening 30 years ago, but it is happening now.

We need to look at the indicators and the issues out there culturally that may have an impact. I just don’t think that we have had a good look at prevention; we’re doing a great job now in responding, but as far as prevention goes I think we have a really long way to go in that regard.

Sputnik: What do you think needs to be done in terms of prevention?

Greg Shaffer: I think we need to harden the schools. I use the White House as an example. The White House is one of the most secure buildings in America, yet, it has tours on a daily basis, so we let strangers walk through that building and there’s never been an active shooter in there.

So we need to harden the targets, we do need —-3.00 at the entrances, we do need a limited number of entries for the children that come to school so we can check their bag as they walk in, we do need an armed response in every school, and whether it’s a school resource officer, a retired police officer or armed teachers, we have to have an armed response in each and every one of our schools as well; again, multifaceted solutions for a very multifaceted problem.

Sputnik: Where do you get the money for that though? That’s not going to happen if there’s no funding for that and schools already seeing a decrease in funding, funding is not going up for schools, it's going down, and we can see that from teachers salaries and teachers having to spend their own money on books and school supplies for kids. If that's not viable, then what else can be done?

Greg Shaffer: It always comes down to the almighty dollar they say. I think it’s viable, I do think a small increase in taxes people would not have a problem with if they knew that this small increase would be going for school safety.

Our government here is so overbudgeted and overinflated that we need to make some cuts and take those cuts and put them towards school security; so it always comes down to who's going to pay for it, absolutely, but at what price do we put the lives of our children? So funding needs to be found somehow, somewhere.

Sputnik: Who is responsible? Is it the parents, the schools, the authorities, the gun lobbyists, the gun on manufacturers? Who should bear the responsibility when kids get guns? This child in the last incident, where was his gun from? And who should really be responsible for that?

Greg Shaffer: In this last incident the shooter got his weapons from his father’s gun closet; there was a shotgun and a revolver, and they were legally purchased by the father, and the son was able to get access to those weapons.

I don’t think gun control is the answer only because if somebody has an intent to kill or is a sociopath and they enjoy killing, they’re going to find a way to do it, not necessarily in schools, but we have trucks mowing over people in Nice, France, or New York City, we have knife attacks in London that have surpassed the death rate and murder rate of New York City, so gun control is not the problem.

Sputnik: Should the parents bear the responsibility if their kids use a weapon that was purchased by them to cause bodily harm to other people or to kill people?

Greg Shaffer: Absolutely, I totally agree with that. I think every parent who has a weapon has a responsibility to make sure that weapon is not accessible to anybody other than them, that’s 100 percent, I agree with that.

The views and opinions expressed by Greg Shaffer are those of the speaker and do not necessarily reflect those of Sputnik.