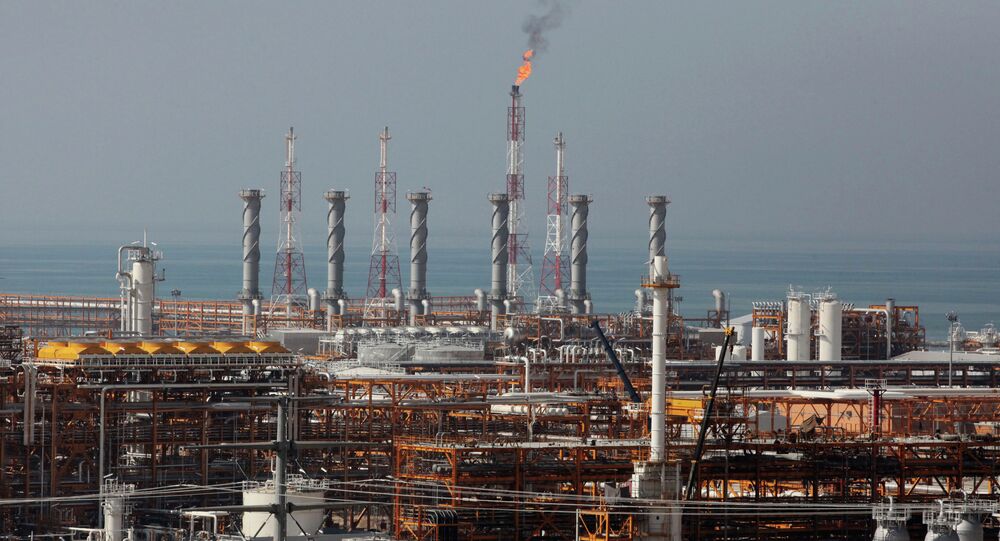 Sputnik: How serious is CNPC about acquiring Total’s stake in the South Pars gas project in your opinion?

McGregor: Definitely if it’s available to them they will certainly look at the deal and the way the Chinese do business is that they don’t make an announcement unless they are going to do something. They are very secretive about this kind of stuff, so unless there is some weird bluff, there’s no reason for them to make an announcement unless they are very serious. Chances are they are already taking action and they have already moved forward on it and they are just waiting to sign the deal to see what Total does.

The Total energy giant in France and you do have these sanctions and then Trump has promised on campaign trail that he was going to create problems for Iran, so there should be no surprise. The European companies should have been prepared for this, years ago and I don’t know why they are overreacting. They knew what was going to happen after Trump was elected. So I think what happened was that the Chinese were prepared already and the European companies were not.

Sputnik: CNPC could not become the target of US sanctions against Iran?

McGregor: I am sure it might happen but I am pretty sure they are protected. You also need to realize that Total is doing business in America so they are just making a smart business decision. If we go forward with Iran we lose our American business. So they are going to have to throw someone under the bus and it’s going be the Iranian people, because they know that if they risk anything and they lose their American market, they are bankrupt. They can lose everything.

READ MORE: Russia's Lukoil is One of the Favorites for Iran Oil Field Development

The CNPC they focus more on the emerging markets, on the Chinese market, so their connections with the Americans are not as strong as, say Total’s is. So there is less risk for them to do it even if they face any type of retribution or penalties from it. It’s just a smart business decision on all sides.

Sputnik: How would Total’s withdrawal from the South Pars affect the project itself and its future?

McGregor: Well CNPC would basically just take it over and reinvest and they will make money from it. It will be business as usual, it’ not going to be anything shocking or disturbing. Total will at least get some type of return on investment because they can sell it off to CNPC. So at least they can get some money from that.

The views and opinions of Tom McGregor are those of the speaker and do not necessarily reflect those of Sputnik.

US Sanctions to Have Negligible Effect on Chinese-Iranian Ties