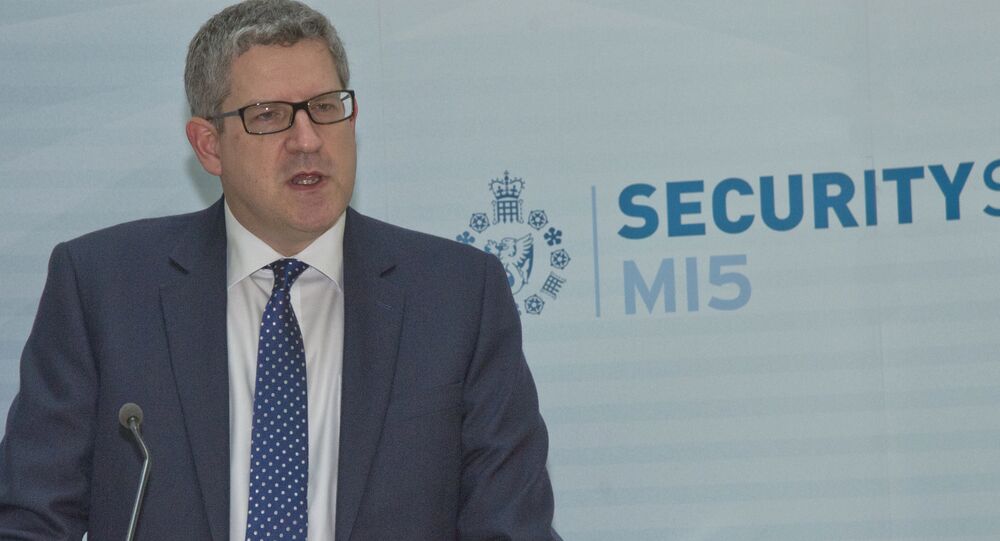 MI5 Director-General Andrew Parker said that Russia has committed a flagrant breach of international law. In a speech to European security chiefs in Berlin, the director-general also called on the need to “shine a light through the fog of lies.” Sputnik discussed this with Dr. Ludwig Watzal, editor and freelance journalist.

Sputnik: In your view how justified are these new claims made by the MI5 chief?

Dr. Ludwig Watzal: It's old news, he just appeared to be emotional and didn't present any new evidence. The accusations made by him aimed at pushing the baseless allegations back into the minds of western journalism and they will spread it. All these baseless allegations, he made the so-called attack on the Skripals, from my opinion, was a staged event by the British intelligence.

READ MORE: MI5, May and Johnson Keeping Brits in the Dark

They so far have not presented any evidence that would prove that Russia was involved. It's a dangerous event again because he just brought up the whole baseless allegations and the western media are presenting it again and spreading it again. The Skripal incident was not a single affair that was done by a western intelligence agency, you have to see it in a wider perspective.

Sputnik: Why is it do you believe that Britain and the British government is aligning itself with the American ideology when obviously the evidence is so stark in against what they're actually telling? The British public doesn't even believe what the government or the media are telling them anymore, but why are they continuing down this route?

© AP Photo / Alastair Grant
MI5 Chief's Russia Rant 'Embarrassing for England' – Writer
Dr. Ludwig Watzal: The British intelligence agency is not independent, you have to see it in a wider perspective, it's a concentrated action from the western intelligence agencies who staged this event. The British now have to follow this line because they're just repeating all these allegations which are baseless, there are no facts presented, but by just repeating it, it sinks down into the consciousness of western media consumers, and so, in the long run, they just have to repeat it.

If there's any such different incidents they just have to point at Russia and point at Putin, who is the scapegoat here in the West, and so the public says, of course, he did it. They cannot act independently, the whole case does not make any sense to people who have their act together. Even in Germany, Angela Merkel is forcing sanctions against Russia, it doesn't make any sense, we're building a gas pipeline with them, although, she still calls for further sanctions against Russia.

Sputnik: What is the general feeling in Germany, among the German people about the whole situation? You obviously have a hung parliament in Germany now, things are not so straightforward as they were when Angela Merkel had so much power, does the German population want more alignment with Russia, or are they happy just to continue with the current stance, because the way things are going between America and Germany it's not looking good either?

Dr. Ludwig Watzal: The majority of the German people are in favor of good relations with Russia, but the German government, like Merkel or our new foreign minister Heiko Maas, they have a really anti-Russian rhetoric, but despite the majority of the Germans, they're still proceeding with the American line and they're in close step with the British and the Americans, and the French against Vladimir Putin which does not make any sense.

We have to be grateful and thankful to the Russian people because they allowed us to be reunified, not the Americans, but it was Gorbachev who paved the road to reunification, and in the conscious of the German people they still cherish it, but our political class is so dependent on the American influence, and to American pressure, that they have to speak otherwise although they are, perhaps, by heart pro-Russian.