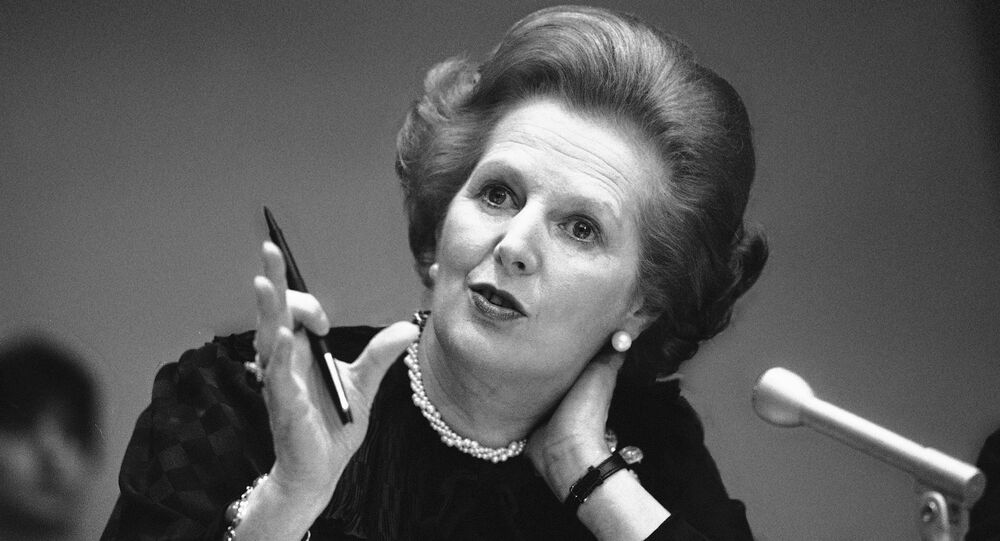 A public consultation on plans to address the legacy of The Troubles in Northern Ireland will not exclude potential investigation of British Army soldiers. The issue has caused rift in the government and criticism by veterans, one of whom spoke to Sputnik.

The Secretary of State for Northern Ireland, Karen Bradley MP, has launched on May 11 a public consultation on proposals to address the legacy of the sectarian conflict in Northern Ireland, knows as the Troubles.

The four-month consultation 'Addressing the legacy of Northern Ireland's past' reviews proposals to implement four new legacy institutions under the 2014 Stormont House Agreement (SHA) and the Government's manifesto for Northern Ireland 2017.

Secretary of State for Northern Ireland Karen Bradley MP has announced the launch of a public consultation on proposals to address the legacy of #NorthernIreland’s past: https://t.co/673bSqgnlx#LegacyConsultation pic.twitter.com/voSWkv91vE

With the end date set for 10 September, the process will, according to the government, "provide better outcomes for victims, survivors and their families" because "the current complex system does not work well for anyone." A historical investigations unit to look into deaths related to the conflict in Northern Ireland could emerge as a result of the proposed consultation.

The Troubles, a deadly conflict between the pro-Irish republicans and the pro-British loyalists, cost over 3,500 lives between 1969 and 1998. The announced scheme does not include a "statute of limitations" for allegations, which would have stopped the prosecution of British army officers, who took part in the conflict.

1 / 4
© AP Photo / Peter Kemp
Commanding officer of the 2nd Battalion, the Queen’s Regiment, Brigadier Peter Hudson briefs his men at Palace Barracks Hollywood near Belfast in Northern Ireland on April 22, 1969, before they moved out to guard vital installations in the area. The army was called in after several bombing incidents damaged water and electrical supplies to the city.

Co-founder of Justice for Northern Ireland Veterans group and former soldier Alan Barry told Sputnik that he — and every British veteran — feels "totally let down by this government."

"While today's publication of the draft bill is welcome, it is already long overdue. The Stormont House Agreement was four years ago and the institutions agreed then are still not in operation. Victims should not have had to wait so long to get to this stage. They should not have had to see so many false promises from the British Government come and go during that period," she said.

Another Sinn Fein member Gerry Kelly has opposed the idea of statute of limitations in a recent interview.

"There should be no hierarchy of victims, they should all be treated equally & there should be no Staute of Limitations. It was agreed in 2014 by the two govs, SF & the DUP & other parties to put these institutions up & we are still waiting".@GerryKellyMLA speaking on The View pic.twitter.com/nh48vtgsje

The question of the "witch hunt" against ex-servicemen, as the UK defense minister Gavin Williamson reportedly called it, created a rift in government. During the Prime Minister's Questions on May 10, the UK PM Theresa May was quizzed by the Conservative MP, Dr. Julian Lewis who asked her about the statute of limitation for Armed Forces personnel.

In reply, Mrs. May thanked the British Armed Forces and the law enforcement in Northern Ireland for the "peace we see today" and called the situation "patently unfair." However, she didn't confirm the exclusion of British soldiers from the proposed investigations.

"Terrorists are not being investigated, terrorists should be investigated and that is what the Government wants to see," Mrs. May said.

Mr. Barry called May's statement "empty words from the prime minister who knows that she should be ashamed of what she is allowing her government to do."

"Theresa May needs to grow a spine. Margaret Thatcher — who backed the Armed Forces a hundred percent — would turn in her grave if she saw what this Conservative government was doing to her boys," Mr. Barry told Sputnik.

Mr. Barry told Sputnik that veterans should challenge the actions of the Ministry of Defense, who he says are ready to give the soldiers' records to the Police Service of Northern Ireland (PSNI), while the Irish Republican Army (IRA) don't have official records or confidential documents the investigation could review.

The Conservatives' coalition partners, Northern Ireland's Democratic Unionist Party (DUP) have opposed the statute of limitations for Northern Ireland alone, fearing it would lead to demands for a terrorist amnesty.

"There is a need to consider this issue. However, the best way to do this is at a UK-wide level. It should not solely focus on Northern Ireland veterans," the party's leader Arlene Foster has said.

DUP member Sir Jeffrey Donaldson argued that the statute of limitations issue should be dealt with separately from the legacy proposals.

"If you introduce a statute of limitations which relates only to Northern Ireland and our troubled past, organisations like the IRA would then press for an amnesty for their members and we believe it would be completely unacceptable to equate members of the armed forces with members of an illegal terrorist organisation," he added.

Commenting on Sir Jeffrey's statement, Alan Barry called it farcical and said he should rewind the clock back to 1997.

"When the Blair government released nearly 500 convicted killers and terrorists from jail under the terms of the Good Friday Agreement and issues nearly 300 on the run letters — did they not equate terrorists to us then?"

Under the 1998 peace deal drawn by then British PM Tony Blair and the Irish Republicans, the On the Runs (OTRs) scheme, was launched a year later when over 200 paramilitary suspects were informed they were no longer wanted by prosecutors. The scheme did not apply to those who had not been charged or who had been convicted but escaped.

In response to the government's failure to get the statute of limitations included in the consultation, British veterans will take action, Mr. Barry told Sputnik.

"We are going to protest outside the Army career offices and advise young people not to join the army. We will protest outside the office of the Secretary of State for Northern Ireland and the Minister of Defense. And army barracks advising soldiers they will be sold out by future governments, the same way the government sold us out at the behest of Sinn Fein and the IRA."

According to the UK government announcement, feedback from victims and survivors has been taken into consideration to facilitate participation from all interested individuals and groups, especially those directly impacted by the Troubles.

The consultation documents will be made available in different formats until 10 September "to ensure that everyone with an interest in the legacy issues of the Troubles has the opportunity to take part."

The views and opinions expressed by Alan Barry are those of the speaker and do not necessarily reflect those of Sputnik.