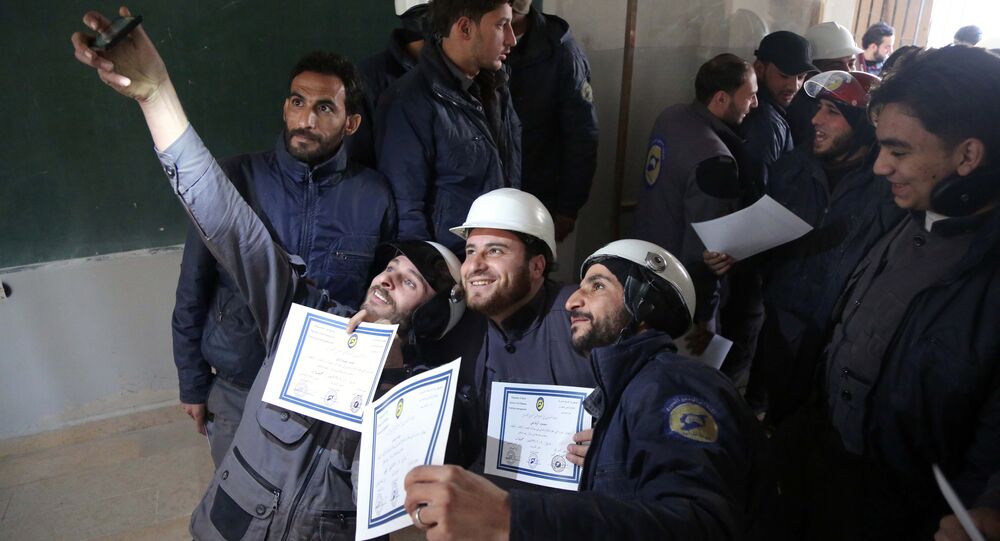 Bolivian filmmaker, actress and activist Carla Ortiz, who has traveled across most of Syria, told Sputnik Mundo how the White Helmets operate in the country and why the intervention by certain Western countries is preventing Syria from reaching peace.

Carla Ortiz has visited most parts of the Arab country for the making of her film "Voice of Syria" in order to show the conflict from the point of view of its key victims — ordinary people. She is confident that their experience and stories contradict the narrative given in mainstream media.

Carla Ortiz brought her work and testimonies from Syrian citizens to Washington to show American senators those who are actually suffering as a result of the Western sanctions imposed against Syria. She noted, for example, that children in Syrian hospitals are unable to receive cancer treatment, due to the ban on the basic chemicals needed for it.

"Is it logical to claim that the president of Syria finds chemicals not to save children, but to use them in places where the war has already been won with conventional weapons? There is no logic in that," she said.

The streets of Aleppo shocked Carla Ortiz most of all. It turned out that many schools there had been occupied by al-Nusra* (al-Qaeda's* branch in Syria) and used as headquarters, together with the White Helmets — an NGO that claims to help and protect civilians in regions controlled by militants fighting the Syrian government.

Carla spoke to some volunteers with the White Helmets. According to them, at first they thought that they were going to save peoples' lives, but then realized that part of the White Helmets' assistance was directed at armed groups of opposition, which were not as moderate as they claimed.

"The states that purportedly see themselves as the world's policeman need to understand better who these people are that filmed the video about the alleged chemical attack. [They] cynically support disinformation in order to continue bombings that devastate the country, which is trying to fight terrorism. The terrorism which the West is responsible for, as weapons that it supplies to the moderate opposition invariably end up in the hands of extremists," Carla said.

She believes that the only way to end the Syrian war is to listen to Syrians and not to envoys of foreign countries that stand for more intervention. Carla notes that now, even supporters of Syrian opposition forces are urging for an end to the bloody war. She is confident that spreading alternative information is a good way to do so.

US Halts Funding for White Helmets in Syria – Reports