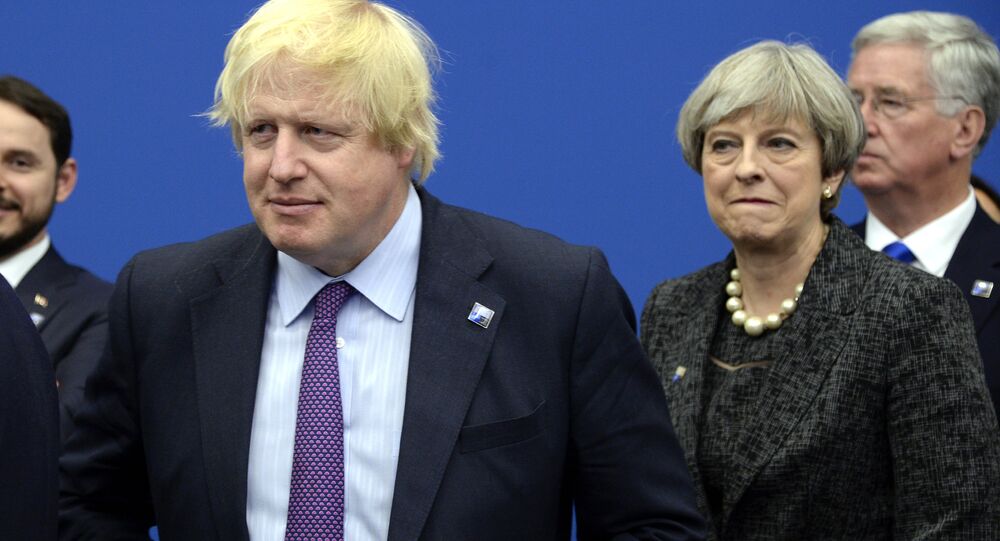 London says it still considers Moscow to be the perpetrator of the attempted poisoning of the Russian ex-spy Sergei Skripal in Salisbury. This comes despite a statement by Czech President Milos Zeman that a similar nerve agent had been produced in his country. Radio Sputnik spoke with Joe Quinn, internet author and researcher about the issue.

Sputnik: Why in your view is the UK insisting on Russia’s responsibility for the attempted poisoning of the Skripals’, despite lack of evidence and the statement made by the Czech president recently?

Joe Quinn: That is a big question I suppose, but just a recap the Czech government, as you mentioned in your segment, has stated that it has produced similar agent to Novichok A-230, A-232, A-234; who knows exactly what it was. But the point about this is that there was never really any evidence to begin with, to blame Russia and the alleged poisoning of the Skripals.

Let’s assume they were poisoned; but there was never right from the beginning, that’s what people tend to forget because there’s so much propaganda and so much statements of alleged facts put out there by the British government, but there has never been any evidence to implicate Russia in this alleged poisoning of the Skripals.

READ MORE: The Skripal and Douma Incidents Are Parts of Plan to Bring Russia Down – Chemist

From day one it was pretty much a complete fabrication and as I said likely some kind of nerve agent was used on the Skripals, but we have to kind of go back to square one in that respect and look at the bare facts and most importantly put those bare facts in the context of what everybody should know.

When there was an ongoing anti-Russian propaganda war being waged by Western and then some Middle Eastern countries for very obvious geopolitical reasons, so it’s effectively an ongoing smear campaign and they are just doubling down. But it’s embarrassing for the British government.

It’s a good question why would they do this, because, when you consider, a sensible person would not double down on something that most people would agree as a kind of lie or unfounded allegation. I mean they provided no evidence whatsoever and when asked, when challenged, they just make some vague claims which just sows more doubt in the public’s mind and most people’s minds and then when something like this comes out from the Czech government, they just double down on the same bogus spurious allegation. As I said, obviously there are reasons for that in terms of this smear campaign against Russia.

When you have a bunch of politicians in the Tory government that aren’t really entitled to be in power, a lot of people don’t want them in power. If there was a general election today, they would probably be kicked out of power.

This kind of event coming along where we are attacked by the evil Russians is like I said, it’s like very attractive for them to try and capitalize on it and to boost their own appearance of ”we are a strong government who need to protect the people, etc.,” so there are many different reasons why they are doing this. But the primary one like I just said is this ongoing, it goes back to Crimea and Ukraine, where Western governments have been attempting to demonize and blacken Russia’s name at every opportunity.

In fact you can go back to 2006 to Alexander Litvinenko, another spurious allegation against Russia of having poisoned someone.

So it’s a long process that has been going on for a long time and people need to remember that, but obviously news cycle goes around every 24 hours and people tend to forget. But people really need to put this into the context of this Western propaganda campaign against Russia for, like I said, geopolitical reasons.

The views and opinions expressed by Joe Quinn are those of the speaker and do not necessarily reflect those of Sputnik.