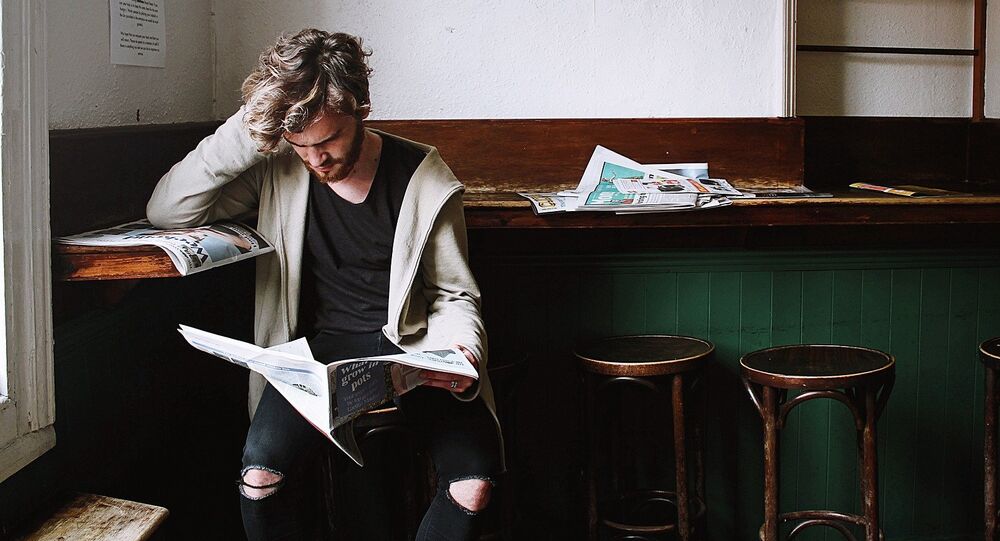 As the world celebrates Press Freedom Day on May 3, the “freedom” element is currently not doing so well in many Western countries. Sputnik has discussed the issue of the state of independent journalism in the world with Danny Haiphong, a New York journalist for the Black Agenda Report.

Commenting on the current situation of freedom of press, Danny Haiphong, an independent journalist, noted that there is "no such thing" as press freedom in the US, due to the fact that 90% of the media is owned by a hand full of "private monopolies" that act as "mouthpieces of the Pentagon and Wall Street." According to him, the remaining 10% are feared by them as "independent voices." That is where the campaign against "fake news" began and many independent media were "censored" by search engines such as Facebook and Google.

"US corporations have been summoned by the US state to block public access to independent media. This has mainly taken the form of a change in algorithms on platforms such as Facebook to make it difficult for users to find independent sources," Danny Haiphong said.

Danny Haiphong notes that the most devastating effect on independent journalism, the anti-"fake news" campaign had on the internet, when Facebook and Google changed their search algorithms. The internet is an important platform for independent journalists as it is a very popular tool to search for information and the only way for minor media to reach out to the broader public.

He also noted that the problem hasn't disappeared with Trump, who often accuses media giants such as the New York Times of publishing "fake news." According to Danny Haiphong, these media have adapted to the new situation and repressed left-wing and some right-wing media, depriving US citizens dissatisfied with both the corporate media and the political system of information that can "challenge the status quo."

He summed up the situation saying that it was corporate media that created Trump and then used him to "stifle" independent press, promoting endless wars around the world instead of issues that really worry people all over the world, such as poverty, joblessness and healthcare.

The roots of this campaign against free media lie, according to Danny Haiphong, in the "desperate attempts to maintain hegemony" in the world. He is confident that as countries like Russia and China start growing more independent, this is creating "the need to censor independent media" in the US and allied countries. This censorship brands independent journalists as working for Russia and whose materials need to be prevented from reaching the minds of the public.

"The main risk is that the US and its allies only have one path to maintain legitimacy and power around the world: war. […] Every US intervention ends in disaster. This has created the need to censor independent media, which in the US and the West has taken the form of demonizing independent journalists as 'agents of Russia'," he said.

Commenting on journalism surrounding the situation in Syria, Danny Haiphong notes that it is information warfare, where "corporate media" feed people lies and discredit real journalists who try to tell the truth about false flag chemical attacks and other provocations taking place in the war-torn country.

"Corporate press has lied about the character of the "rebels" there [in Syria] and have consistently misreported chemical weapons attacks to justify a massive military invasion of the country. Then the corporate press has the nerve to call journalists such as Vanessa Beeley, who has been to Syria many times, a ‘9/11 truther' and a dupe of Russia and the Assad government," he said.

It's not only the reports by independent journalists that are being ignored by the Western media. Recently, Russian media and the Russian delegation to the OPCW have presented to the public a young Syrian boy, Hassan Diab, who participated in White Helmets' film about the alleged chemical attack in Douma.

But although he described how the fake video was made and how the participants were "rewarded" with food, his and many other witness testimonies from the press briefing of the Russian delegation to OPCW were largely ignored in Western media.

US Moves Down 2 Places in Press Freedom Index - Watchdog